The Sabroso Craft Beer, Taco & Music Festival has revealed its 2019 lineup, with The Offspring, Flogging Molly, Bad Religion, Descendents, Black Flag, and Good Charlotte among the acts confirmed for the two-day extravaganza.

The annual festival, which is now in its sixth year, has expanded to two days and is scheduled for Saturday, April 6th, and Sunday, April 7th, at Doheny State Beach in Dana Point, California. Other acts on the bill include Lagwagon, Strung Out, The Suicide Machines, D.I., Face To Face, Plague Vendor, Red City Radio, and Orange Blossom Special. The full daily lineups can be seen in the poster below.

In addition to the musical talent, the festival will feature craft beer tastings, tacos from some of the area’s top restaurants, Lucha Libre-style wrestling, lawn games and contests. Taco creations will also compete for the Sabroso “Best of Show.”

“Sabroso is now a weekend of our favorite things: tacos, craft beer and great bands!” Dexter Holland of The Offspring said in a statement.

Tickets for Sabroso go on sale at 10 a.m. local time Friday, February 1st, via SabrosoTacoFest.com. Single-day early bird tickets run $59.50 to $69.50 and early bird weekend passes are $89.50. Children ages 7 and under get in free with a paid adult admission. VIP packages are also available. 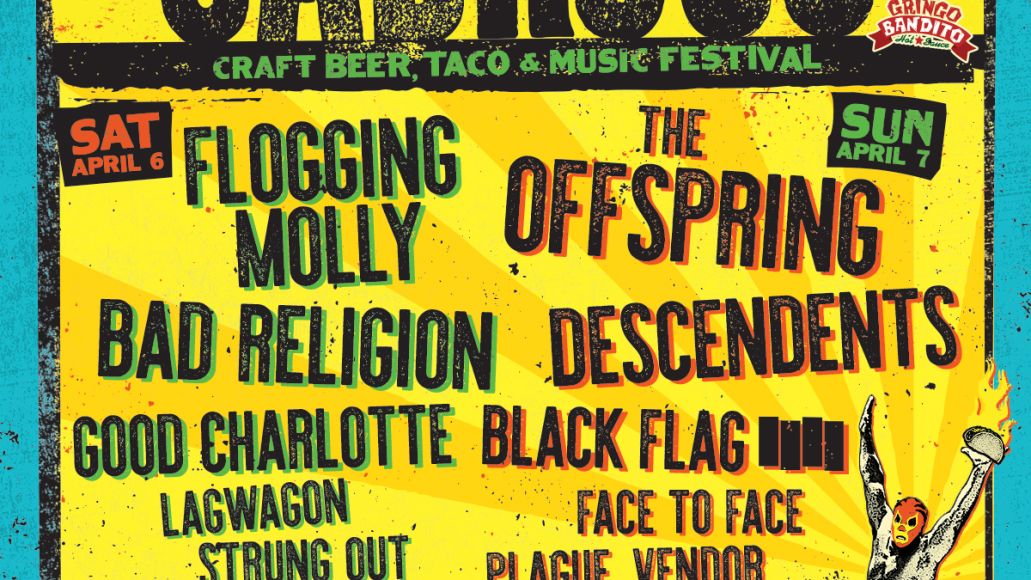