Besides a tour with Dashboard Confessional in 2018, Beach Slang has largely been quieted over the last year or two as frontman James Alex rebranded the band as an acoustic solo project dubbed Quiet Slang. But Alex is kicking off 2019 by bringing back the noise, as he and Beach Slang have announced a new two-track covers EP, MPLS.

Due out March 15th via Quiet Panic (via Bridge Nine Records), the effort was produced by Goo Goo Dolls bassist Robby Takac. As Minnesotan likely inferred from the title, MPLS (an abbreviation for Minneapolis) is an ode to the music of the city that helped shape Alex. “This is the spot where my favorite rock & roll found its snot, where the tossed-away found a place to get untossed,” he explains in a press release. “It felt like the right way to tell a whole city ‘thanks for showing me the way.'”

Featured on the EP are takes on “AAA” by The Replacements frontman Paul Westerberg’s Grandpaboy project and “I Hate Alternative Rock” by Hüsker Dü’s Bob Mould. “Westerberg taught me how to write with defiance and tenderness, how to be a dope and a poet. Hüsker Dü showed me how to make it all loud as hell,” says Alex of the choices.

As a preview, Beach Slang have shared “I Hate Alternative Rock”, a speedy yet faithful rendition of Mould’s 1996 track. Update — Wednesday, February 6th: Check out a music video for their cover, which pays homage to The Replacements, Hüsker Dü, and other artists that helped inspire Beach Slang’s career. The clip follows a kid as he sifts through vinyl after vinyl at a local record store in Oakland.

Pre-orders for MPLS are going on now. 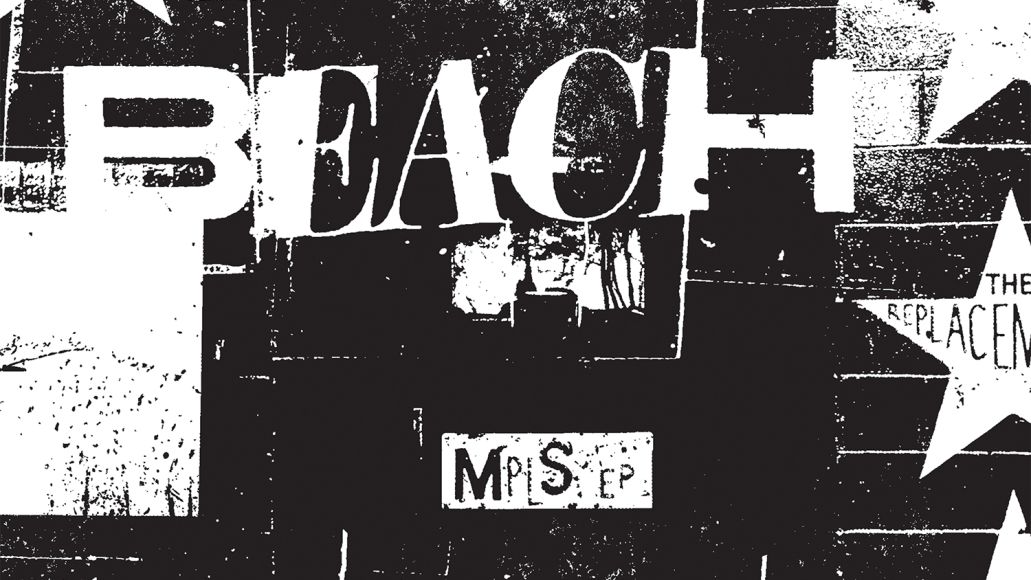 This of course isn’t the first time Alex or Beach Slang have covered Westerberg. They frequently insert Replacements songs into their live setlist, and a cover of “Androgynous” featured on Quiet Slang’s We Were Babies & We Were Dirtbags EP.

Beach Slang have a number of upcoming European dates opening for Jawbreaker. See their schedule is below.