Bonnaroo has revealed its 2019 lineup, and it looks to be a return to form for the iconic American festival. Set to take place June 13th-16th in Manchester, Tennessee, this year’s Bonnaroo offers an eclectic mix of past Bonnaroo favorites in the world of jam and Americana alongside more contemporary hip-hop and electronic acts.

Fans of Bonnaroo’s yesteryears will no doubt be pleased by the return of Phish, who will play not one, not two, but three (!) distinct sets over the course of the weekend. Similarly, the likes of The National, The Avett Brothers, Kacey Musgraves, John Prine, The Lumineers, Brandi Carlile, My Morning Jacket’s Jim James, and Beach House are also confirmed to perform. Even more intriguing, there will be a special staging of the Grand Ole Opry to kick off the festival on Thursday night.

Tickets to Bonnaroo 2019 go on sale beginning Thursday, January 10th at Noon EST. New to festival in 2019 is a “Sanctuary of Self-Love” campground experience curated by Hayley Williams of Paramore. 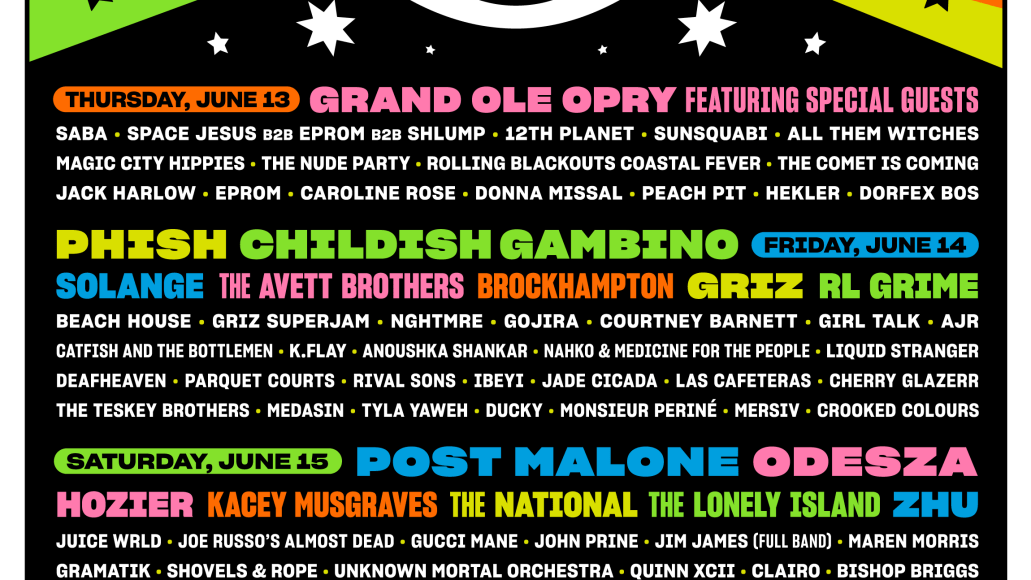