For the first time since the festival’s inception, both weekends of Coachella will be live streamed on YouTube. Previously, only the first weekend was made available online.

That means home viewers will have the opportunity to see the Coachella 2019 lineup in its total, full glory: Back-to-back weekends headlined by Childish Gambino, Ariana Grande, Tame Impala, Aphex Twin.

Coachella 2019 goes down in Indio, California from April 12th-14th, and then for a second weekend from April 19th-21st.

Tickets go on sale Friday, January 4th at 11:00 a.m. PST via Coachella’s website. They tend to sell out quickly, so you might also want to try your luck on the secondary market. 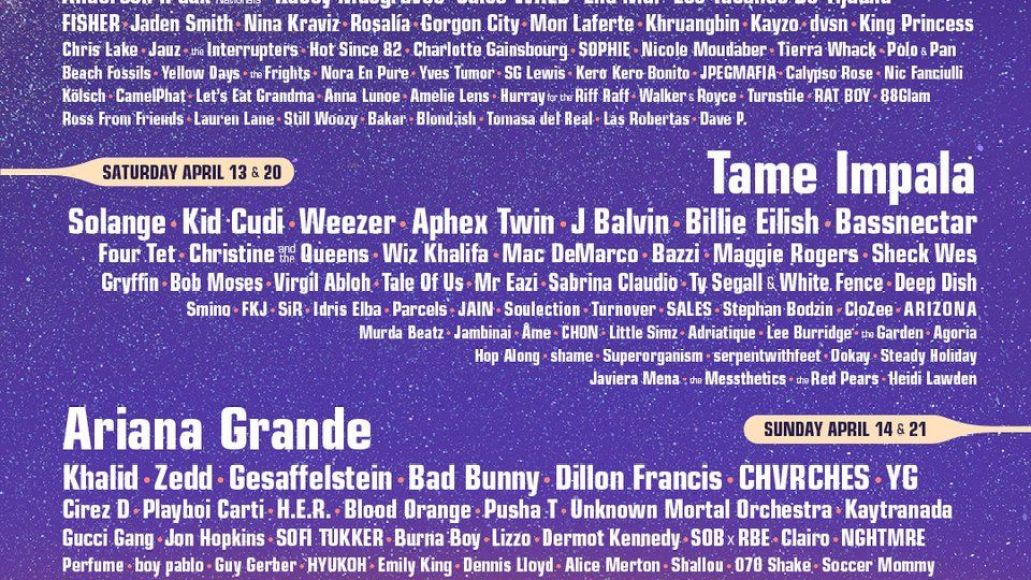 Burning Man 2021 Canceled Due to Coronavirus