Three of hip-hop’s most iconic groups are coming together for the aptly titled 2019 “Gods of Rap” tour.

This May, Wu-Tang Clan, Public Enemy, and De La Soul will all be heading off to the UK to celebrate the anniversaries of some of their classic albums. Thus far, the “Gods of Rap” arena tour comprises three shows in London, Manchester, and Glasgow.

Wu-Tang will be honoring the 25th anniversary of their seminal Enter The Wu-Tang (36 Chambers); Public Enemy are highlighting 30 years of It Takes a Nation of Millions to Hold Us Back; and De La Soul will mark three decades of their acclaimed 3 Feet High and Rising.

Wu-Tang are listed as the official headliners of the tour, and DJ Premier has been tapped to host each evening.

“I don’t believe anything like this has been done in the UK before on this level,” SJM promoter Chris Wareing told Music Week. “This tour creates a legacy, it’s a moment. The groups are the biggest in their genres, they’re all celebrating notable anniversaries of their biggest albums and I am led to believe this is the first time they have all been on the same bill together.”

Consult the full tour itinerary below, followed by the accompanying poster artwork via Ticketmaster. 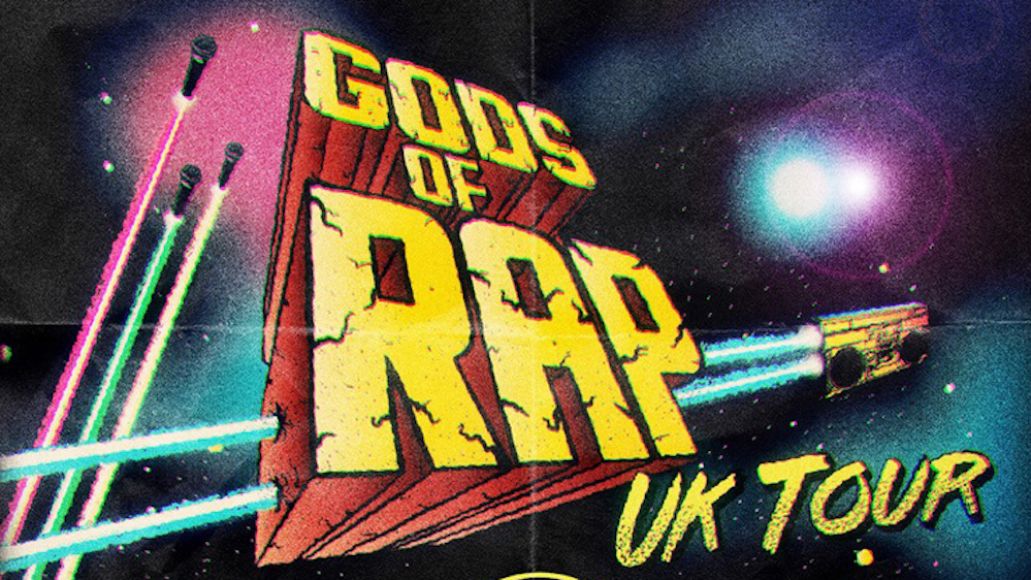 Get pumped by revisiting some of their biggest hits: