Veteran filmmaker Jim Jarmusch and lute player Jozef Van Wissem have reconvened for a new collaborative album, An Attempt to Draw Aside the Veil. Due out through Sacred Bones, it’s scheduled for a February 2nd release.

The forthcoming project marks the duo’s fourth joint LP since entering into a musical partnership more a decade ago. It’s said to continue the narrative of its predecessor, 2012’s The Mystery of Heaven, delving into “the theology of William Blake and Emanuel Swedenborg, this time also exploring the work of Russian occultist and philosopher Helena Blavatsky,” according to a statement.

“An Attempt To Draw Aside The Veil is another adventure with Jozef into the realm of vibrating strings and the dreamlike musical textures of darkness and light,” Jarmusch noted of the mostly instrumental record, which sees his guitar drones and electronic effects juxtaposed with Van Wissem’s experimental arrangements. “It was a real pleasure to collaborate with Jozef once again.”

As an early teaser of the new album, the Broken Flowers director and Dutch lutist have unveiled “Concerning the White Horse”, a track that hums, buzzes, and lurches on for nearly 10 minutes.

Find the artwork and tracklist below. Pre-order the album here.

An Attempt to Draw Aside the Veil Artwork: 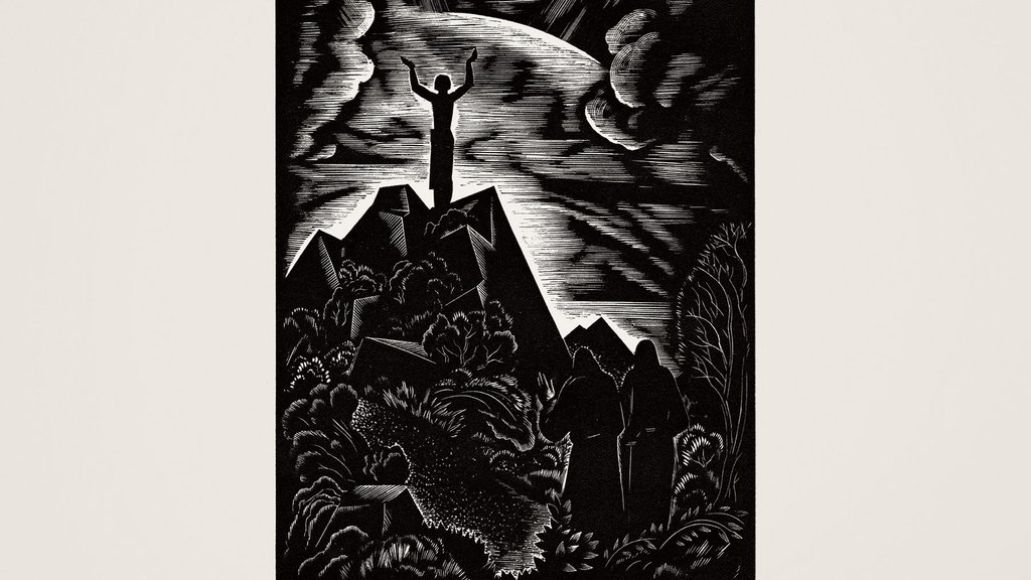 An Attempt to Draw Aside the Veil Tracklist:
01. Concerning the White Horse
02. Dark Matter
03. The Unclouded Day
04. The Two Paths
05. Lost Continent
06. Final Initiation
07. When the Sun Rises Do You Not See a Round Disc of Fire