Seattle Comes to Los Angeles: It was only fitting that the massive “I Am the Highway: A Tribute to Chris Cornell” would fall right in the heart of the most intense rainstorm Los Angeles has seen in years. With the Forum already a challenging destination situated deep in the heart of Inglewood, CA, the relentless rain reduced traffic to around the arena into one giant rock ‘n’ roll parking lot. It was a pilgrimage only for the hardcore and headstrong, as no one going in could have anticipated a nearly five-hour celebration that would include a host of superstar special guests ranging from Miley Cyrus to Peter Frampton.

Emotions ran sky-high as friends, family and fans remembered the man who represented everything great about the early ‘90s Seattle rock scene. So impossibly talented, so unfathomably beautiful, blessed with a voice that could rip a portal into another dimension, according to Jack Black. His spirited introduction to Metallica’s set encapsulated the mood of the evening: always remembering the music and the memories that will live on into eternity. 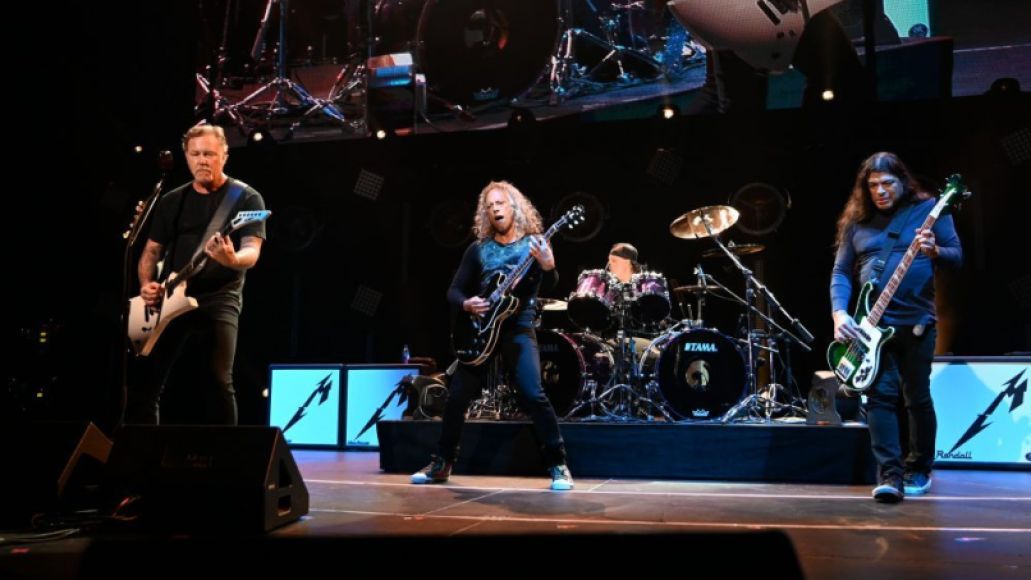 Birth Ritual: For those able to maneuver the treacherous rain-soaked L.A. roads in time get inside the Forum for the start of the show, Soundgarden drummer Matt Cameron set the tone for the night with a simple introduction. He talked about the enormity of the night’s endeavor, and how for him, he found strength by going back to the music. Reeling off names of Soundgarden’s classic albums, and the bands Cornell fronted after that band initially broke up, was a sobering reminder of just how much the singer perpetually poured into his art and shared with the world. It’s a lot.

A Cavalcade of Stars: Opening the show was Seattle scene stalwarts and pioneers The Melvins, with frontman Buzz Osborne replete in a fancy frock befitting of his deity-like status. Thunderous and unrelenting, The Melvins capped their six-song set with a storming run through Soundgarden’s “Spoonman”, capturing the intensity and angst of the original. But before one could get the idea that it was going to be a night of straight heavy metal thunder, Rita Wilson took to the stage with Pete Thorn in tow for an acoustic and heartfelt rendition of Cornell’s solo song, “The Promise.” That juxtaposition would set the stage for the rest of the evening and into the wee hours of the morning, as quiet, intimate moments would give way to earth-shaking bombast. A lot like Chris Cornell himself, really. 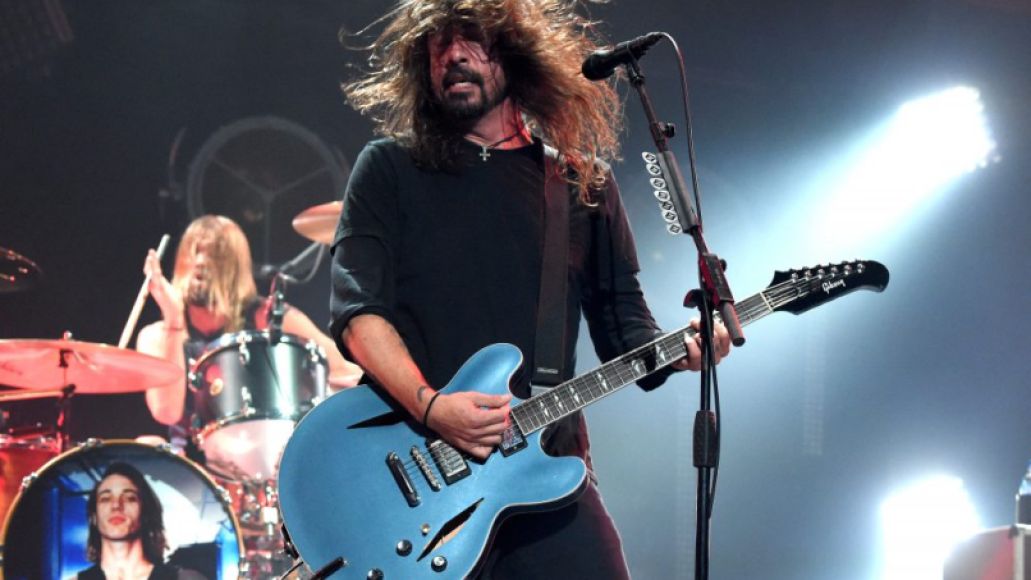 Dave Grohl, I Am The Highway: A Tribute To Chris Cornell, photo by Kevin Mazur/Getty Images for The Chris Cornell Estate

Dave Grohl is Rock ‘n’ Roll: After crowd-warming turns from Nikka Costa and Chris Stapleton, it was Dave Grohl and the Foo Fighters who really set the party off with a high-energy set early in the show. The band’s four-song set was damn near perfect, opening with Soundgarden’s “No Attention” followed by SG’s versions of Devo’s “Girl U Want” and the Cheech and Chong ‘70s stoner classic, “Earache My Eye”. Grohl finished the set solo, talking about his trepidation regarding the event, admitting that “I woke up a little sad today,” before dedicating an acoustic version of “Everlong” to Cornell.

Josh Homme Shakes Off the Rust: Things have been kind of shaky around Josh Homme and Queens of the Stone Age ever since the singer’s unfortunate and physical outburst towards a female photographer in this very building a couple of years ago. But Homme was a picture of humility and emotion when he mounted the stage for a solo performance of Johnny Cash’s version of Soundgarden’s “Rusty Cage”. Introduced by Cash’s son, John Carter Cash, Homme’s spiky guitar playing and impassioned vocals embodied the spirit of Cash and Presley as he cranked out the tune. 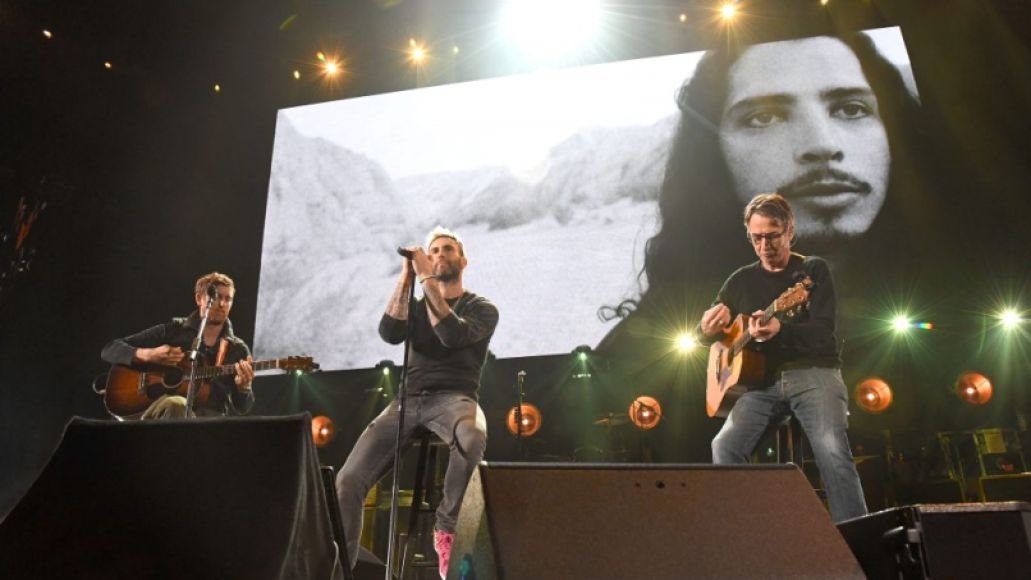 Jesse Carmichael, Adam Levine and Stone Gossard, I Am The Highway: A Tribute To Chris Cornell, photo by Kevin Mazur/Getty Images for The Chris Cornell Estate

Put Some Respect on Adam Levine’s Name: There were definite murmurs of “what the…?” when Maroon 5 frontman Adam Levine took the stage with a bandmate and Pearl Jam’s Stone Gossard. But Levine won over the crowd with an impressive and frankly beautiful version of Chris Cornell’s “Seasons”, a standout track taken from 1992’s Singles soundtrack. Gossard’s fluid guitar playing was an ideal accompaniment to the unexpected moment.

Chris Cornell Was Very Much in the House: During set changes, various clips of Cornell himself were played on the video screens. The full Soundgarden performance of “Birth Ritual” that was used in the aforementioned Singles was particularly poignant, highlighting the relevance of that moment in time, when they, along with Pearl Jam, Nirvana, Screaming Trees, et al, set the stage for a then-new rock revival. Such clips were played throughout the night, providing a stark context for the reason behind the concert. 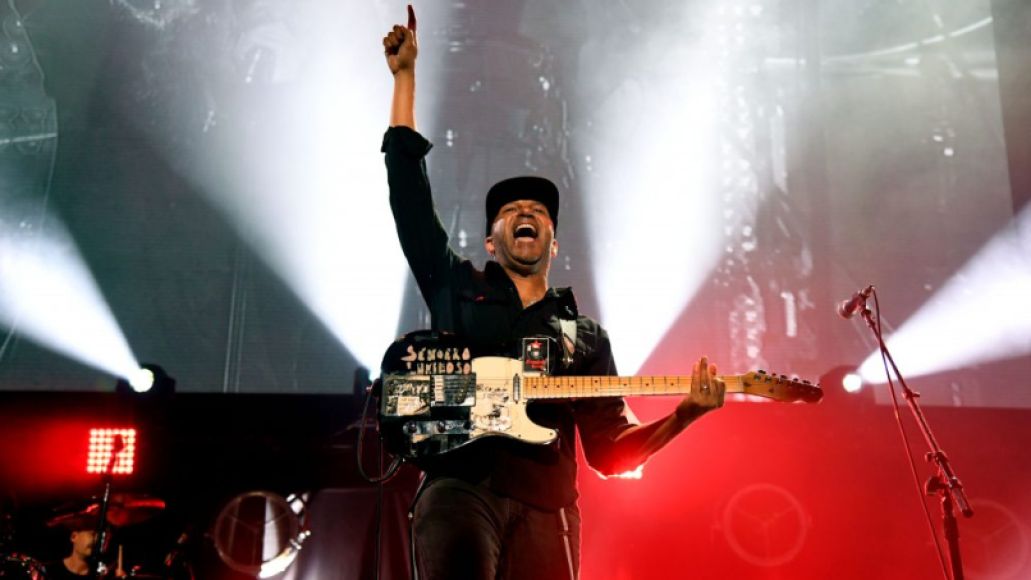 Tom Morello, I Am The Highway: A Tribute To Chris Cornell, photo by Kevin Mazur/Getty Images for The Chris Cornell Estate

Audioslave XXL: Tom Morello and Brad Wilk revived Audioslave for the occasion, and brought along some very special guest performers. Together, they kicked off their set with Jane’s Addiction singer Perry Farrell on vocals and none less than Black Sabbath’s Geezer Butler on bass as they raged through “Cochise”. A rotating cast of singers fronted each song, including Juliette Lewis, Tim McIlrath of Rise Against and X Ambassadors frontman Sam Harris. But it was Brandi Carlile who would steal the show, leading the band through a soul-stirring take on “Like A Stone”, turning into a giant arena-wide singalong. Carlile would prove to be one of the standout performers of the entire show, truly embracing the spirit of celebrating Cornell and his music.

A Family Affair: Cornell’s family was front and center throughout the night, highlighted by daughter Toni taking the mic and performing Bob Marley’s “Redemption Song” with Ziggy Marley on guitar and backing vocals. It was a lovely moment between the rock legacy progeny who share similar loss. Cornell’s widow, Vicky, took the stage towards the end of the marathon night to thank everyone for the ongoing support for her husband’s music and philanthropy. 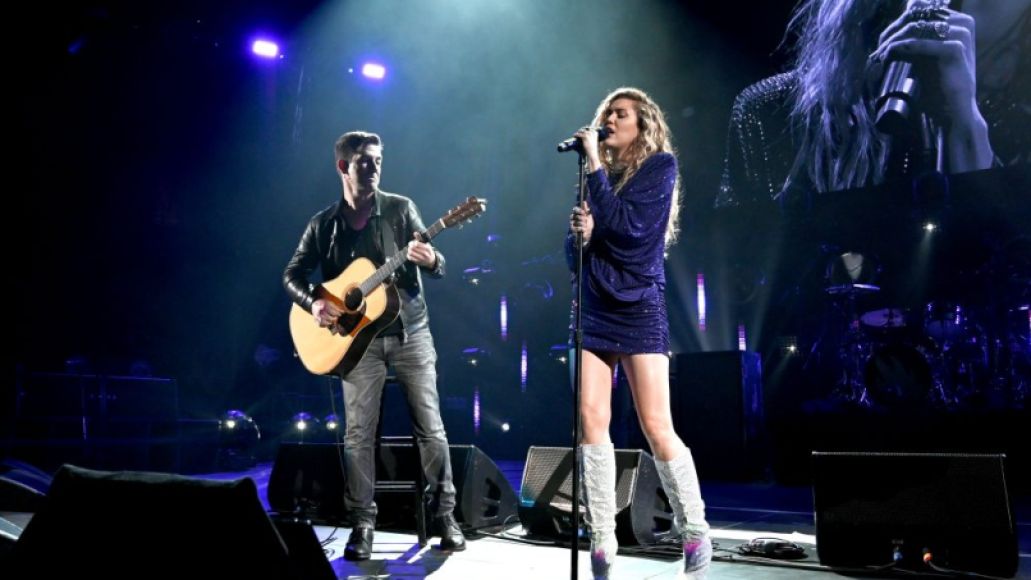 Peter Thorn and Miley Cyrus, Tom Morello, I Am The Highway: A Tribute To Chris Cornell, photo by Kevin Mazur/Getty Images for The Chris Cornell Estate

Women Ruled: Many of the night’s highlights came courtesy of the women who ruled the stage. Miley Cyrus was a powerhouse of energy, charging through Temple of the Dog’s “Say Hello to Heaven” in most impressive fashion. Taylor Momsen would join Soundgarden for “Drawing Flies” and “Loud Love”, the latter with Tom Morello and MC5 legend Wayne Kramer trading solos. The reclusive Fiona Apple showed up late in the night joined members of Temple of the Dog for a passionately cool take on “All Night Thing”. Carlile would return with Chris Stapleton for “Hunger Strike” and again later for the last song of the night, “Black Hole Sun”, with guitar legend Peter Frampton peeling off rapid-fire solo runs.

Five Hours Was Not Enough: When a full-on greatest hits set from Metallica comes around the halfway mark of a show, it’s safe to say that the Chris Cornell tribute was a lot to take in. From Ryan Adams’ absolutely gorgeous version of “Fell on Black Days” with Don Was on a bass and a string section to Miguel joining Temple of the Dog along with Jeff Ament and Gossard of Pearl Jam for “Reach Down”, the show took on the air of a lawless all night rock ‘n’ roll jam session. Jimmy Kimmel played host, Jack Black was hilarious, even Brad Pitt came out to say hi. For the true diehard fans of Chris Cornell and his music, however, it was just a drop in the bucket. 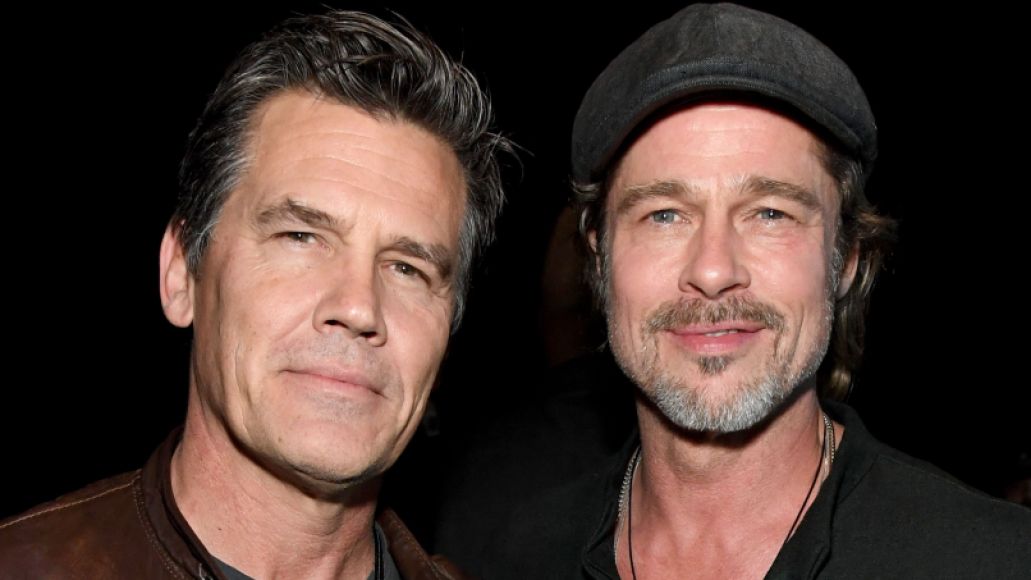 Josh Brolin and Brad Pitt, Tom Morello, I Am The Highway: A Tribute To Chris Cornell, photo by Kevin Mazur/Getty Images for The Chris Cornell Estate

A majority of the crowd stuck around and rocked into the early morning hours as Soundgarden introduced special guest singer after special guest singer, culminating in the “Black Hole Sun” super-jam finale. Matt Cameron had taken on the roll of MC by the end of the night, with Gossard taking the mike to provide some honest and emotional commentary. He talked about the pain and anger and devastation left in the wake of Cornell’s death, and how shows like “I Am the Highway” are just a part of the healing that still needs to be done for the singer’s family, friends, bandmates and fans. It was a somber and necessary perspective that was handled with candor and grace.