Origins is our new music feature in which we ask artists to explain the inspirations behind their latest single.

When composers team up with guest singers, all too often their collaborative projects turn out to be one-sided — the vocals receive most, if not all, of the glory. However, that isn’t the case for Dutch composer Rutger Zuydervelt, better known as Machinefabriek.

On his forthcoming album, aptly dubbed With Voices, Zuydervelt considers his many singing counterparts as literal instruments, like those of an orchestra. Critical to the patchwork of his cohesive vision, the voices aren’t meant to stand alone and actually shine their brightest when working in tandem with Zuydervelt’s arrangements. One of the talented singers to grace the new album is Marissa Nadler, a singer-songwriter whose vocals are as arresting as the dream folk music she’s been creating since 2000. Nadler appears on “VIII”, the album’s expansive closing track that clocks in at 11 minutes.

A simultaneously haunting and mesmerizing number that fittingly caps off Zuydervelt’s musical journey, “VIII” finds the two artists almost “dancing,” their separate talents intertwined yet also building off one another. Zuydervelt’s pairs his minimalist composition — sometimes lullaby-esque, other times alien-like — with Nadler’s airy intonations to paint a dramatic scene. Think of Zuydervelt’s music as a foggy bay, and Nadler’s voice is the hazy beam of light from a nearby lighthouse.

For more insight into the creation of “VIII” and the album as a whole, Zuydervelt has spoken to Consequence of Sound about some of his major influences, including Polyphonic choir music, a trip to Taipei, and the collaborative works of Marcus Popp and Eriko Toyoda. 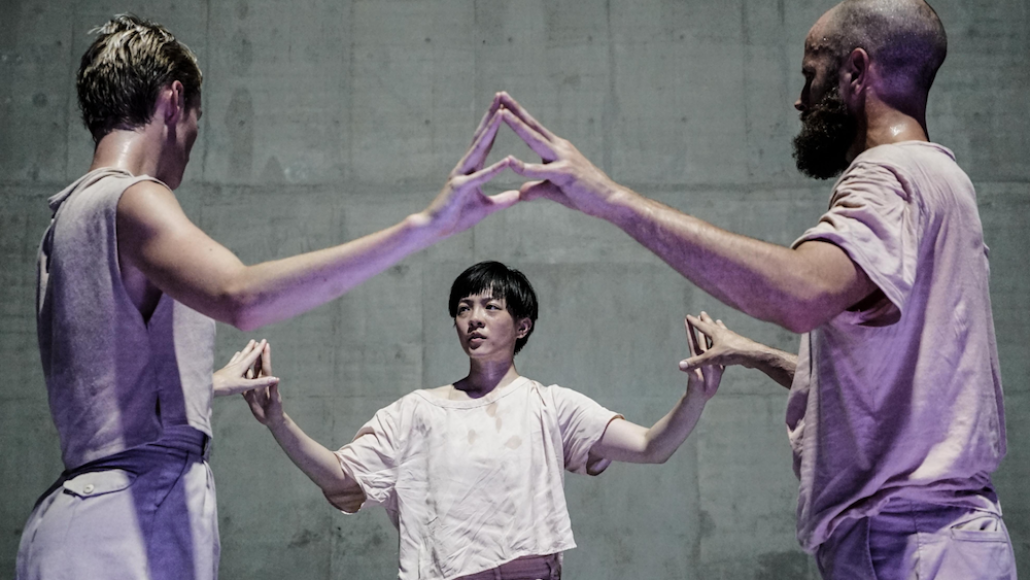 This is a dance piece by choreographer Iván Pérez, for which I did the music (live on stage with the dancers). And this is where it all started for the With Voices album. There’s actually two specific moments that were influential to it…

We were in Taipei to rehearse the piece for a few performances there, when Wei-Yun posted a song on her Instagram. Very gentle, Asian singing, I loved it, reminded me of Tenniscoats. So I asked her about it, and she said she sung it herself. It didn’t take too long to come up with the idea for the album after that. So if it wasn’t for Wei-Yun, With Voices wouldn’t exist, and I might’ve never worked with Marissa Nadler.

The other important moment was when we were in the rehearsal studio, and Iván asked the dancers to do an exercise; to make a circle together, and slowly move through the space, as one being. They did that for 15 minutes or so, but time seemed to stand still… It was mesmerizing to look at, but it was more than that; you could just feel the intense concentration, and how the dancers connected to each other, not only physically. And I connected with them as well, creating a very minimal, low volume soundtrack for this. It could’ve last forever. It was a strong moment, one that I will never forget, and I think the sense of calm and concentration from that moment comes back in “VIII”, making it the ultimate track to end the album with.

I was about to put Björk here, as a major influence. Which would be more than right, but I went for So, a project by Marcus Popp (Oval) and singer Eriko Toyoda. Of course, when this came out in 2003, there was nothing new in combining vocals with electronics, but in this case it was done in such a radical way! Like an ultimate (wo)man/machine symbiosis. Or at times maybe fight against each other? A super intriguing, alienating album. It definitely sparked my interest in working with vocals, and how something that is ‘just beautiful’ can become so much more when juxtaposing it with something more abrasive.

This is an obvious one of course. But I did ask Marissa to sing on this track for a reason… I can’t remember what the first album was I heard from her, it might’ve been The Saga of the Mayflower May. It was in a time when folk music was having a sort of resurrection, when Devandra Banhart, Josephine Foster, and Espers were quite popular. For me, Marissa Nadler had the most powerful voice. It is simultaneously angelic as earthly. I don’t think I’ve heard her voice paired with electronics before, but I couldn’t resist giving it a try; asking her to collaborate on this album. Obviously she did, and I’m still thrilled about it. Of all the contributors, she took the most time to actually multi-track her part. It was also the most intimidating to chop up her contributions for the final track.

This sort of goes back to dance again… I was vaguely familiar with Renaissance polyphonic choir music, but it really clicked when I was at a (super weird) dance performance, where the dancers were singing the score themselves. One of the pieces was a composition by Josquin des Prez, and it blew me away. Especially in the reverberating hall it was performed in, the sound of these interlocking voices became so immersive… It reminded me of how powerful a voice can be. This kinda music can actually work as perfect ambient music, sort of like a much older version of Brian Eno’s music, but ‘cause it’s only voices, there’s a purity to it that makes it so intimidatingly beautiful. It was quite an influence on the With Voices album, and it comes to the fore on the (sacred feeling) track with Marissa.