Blink-182’s Mark Hoppus and All Time Low’s Alex Gaskarth are something of pop-punk elder stalwarts. With their individual bands, they’ve paved the way for musicians with open-hearted ambitions while remaining active contributors to the genre’s present. The two have now teamed up for a new project called Simple Creatures, and they’ve today shared their debut single.

“Drug” is as bright and catchy as you might expect from the combined forces of the duo, pairing “na-na” harmonies and chugging guitar rumbles. Lyrically, the song is a rumination on destructive behavior patterns, built around the hook, “You’ve got me going round in circles in my head/ The signals that we send, electric confidence/ Push me, pull me down, pick me up, drag me round.” The song gets real Weezer-ish towards the end, but also embodies some of the most immediate qualities from both Blink and All Time Low.

Hoppus said of the release, “‘Drug’ is always the first song we play people when introducing them to Simple Creatures, so it only makes sense that it’s the first single. I love the ratty guitar lead mixed with the thumping kick drum.”

Gaskarth offered his own take via Instagram: “In the studio it felt immediately like it was the song that best defined Simple Creatures: it’s gritty, grimy, rooted in the musicality we both came up on, but with a twist that takes it away from anything we’ve worked on before.“

Watch the animated lyric video for “Drug” below. 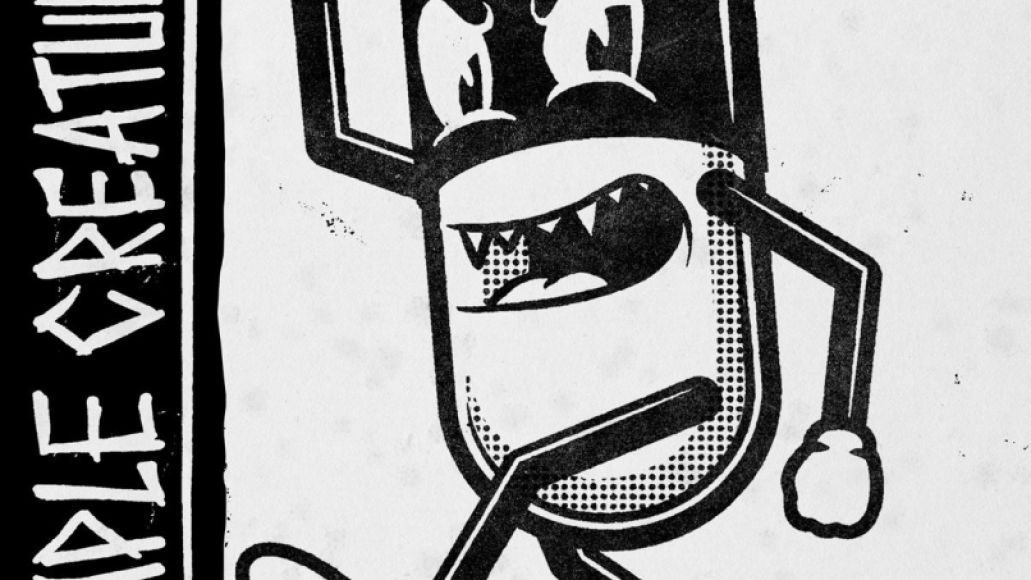