Having introduced their own Blackened American Whiskey this past summer, Metallica are jumping further into the liquor game with the announcement that they’ve partnered with Arrogant Consortia for a new beer called Enter Night Pilsner.

Arrogant Consortia is an imprint of Stone Brewing that’s responsible for Arrogant Bastard Ale and other brews. The band played a major role in the final product, with drummer Lars Ulrich engaging in several conversations with Stone Brewing co-founder Greg Koch.

“The amount of ideals and outlooks that Metallica and Stone Brewing share are endless,” said Ulrich in a press release. “I’m always blown away about how similar our paths forward have been. Our view of the worlds that we each inhabit, of creativity and process, and sense of place in relation to our peers and ‘The Man’ are almost identical. This collaboration is beyond effortless and pure, and we can’t wait to share this incredible beverage with everyone out there.”

Koch added, “I remember seeing Metallica on the cover of a magazine just after the Black Album was released. On the cover was a quote that resonated with me to this day: ‘Metallica didn’t go to number one, number one came to them.’  I loved what that meant. Do it your way and never compromise your art.”

The beer was actually introduced through a few exclusive releases at Metallica shows and in California this past fall, but will properly launch nationwide in the first quarter of 2019, as well as Europe, Australia, China, and other parts of the world this spring.

The press release describes the beer as follows: “This is a bold Pilsner that has all the elegance of a traditional Pilsner, but as if it was played through a distortion pedal. It’s the perfect beer for… fuck that, it’s the perfect beer!” 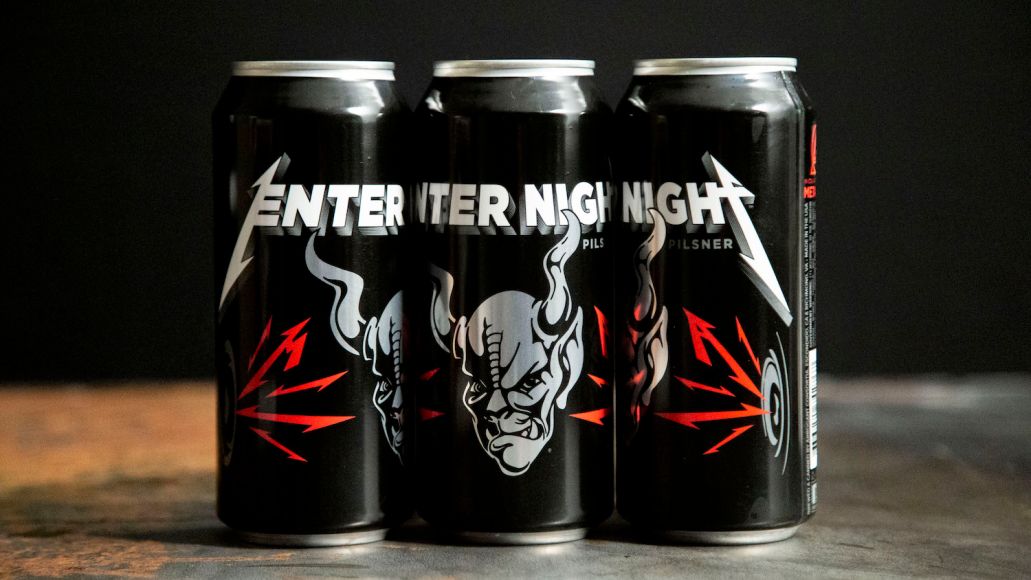 Metallica kick off the next leg of their “Worldwired Tour” in support of their most recent album, 2016’s Hardwired….To Self Destruct, on January 18th in Tulsa, Oklahoma. They’ll also perform at the Chris Cornell tribute concert on January 16th at The Forum in Inglewood, California.