One of the more exciting points in any movie year is this moment, early on, when a bunch of directors who’ve made films we love are releasing new movies, and nobody knows if they’ll be any good or not. The period before the early reactions, the hot takes, the hubbub that makes even a great movie exhausting from time to time. Everything is optimistic, our eager minds flush with hope that the new year will surprise and delight us in ways expected and otherwise.

2019 sees a number of long-awaited returns alongside eagerly anticipated follow-ups, all coming from a host of directors who’ve made some of our favorite movies of the last decade (and further back still). Harmony Korine returns for the first time since Spring Breakers six years ago, Ang Lee tries his hand at genre filmmaking once again, and Greta Gerwig trades on her newfound directorial clout to take on an undisputed American classic. Plus, Quentin Tarantino’s back. That’s still an event, even if a more controversial one than it used to be.

It’s pretty likely that this year is going to shatter every box office record under the sun, but as the decade draws to a close (oh god, already?), we’re hoping to get a few more new masterpieces in under the gun. Those best-of-the-decade lists you’ll all be working on in 10 months’ time are waiting. 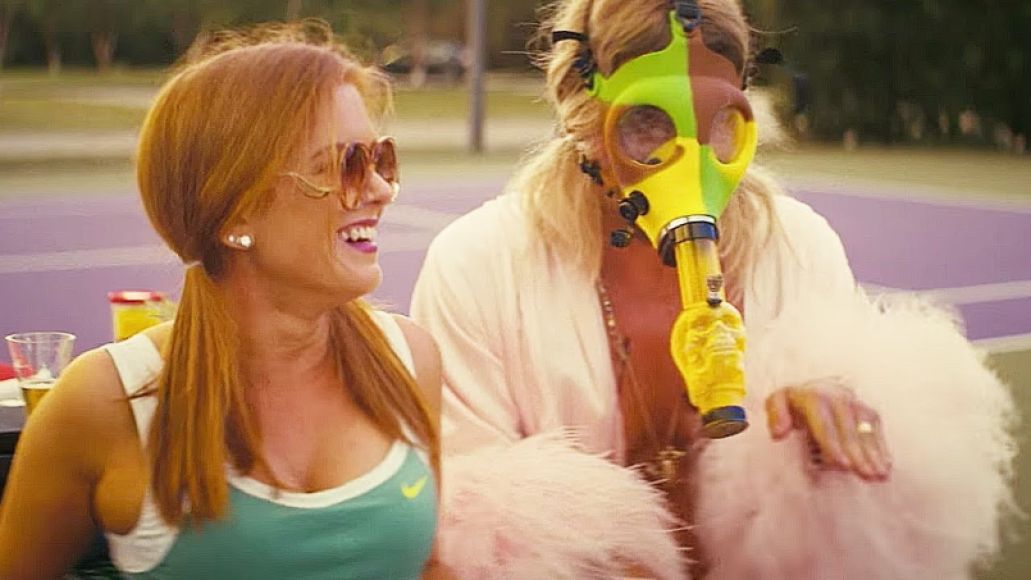 Why We’re Excited: Six years ago, Harmony Korine turned the garish excesses of dubstep hedonism into high art with his hazy, Florida-washed masterpiece Spring Breakers. He’ll now return to that sun-soaked milieu for The Beach Bum, which continues Korine’s yen for inspired stunt casting by surrounding Matthew McConaughey’s titular fuckup with such faces as Snoop Dogg, Jimmy Buffett, Martin Lawrence, and Zac Efron as a malevolent Christian punk. Nobody makes movies quite like Korine’s, and whether it works or not, we’d put good money on The Beach Bum not being whatever the trailers have led you to believe it is. –Dominick Suzanne-Mayer 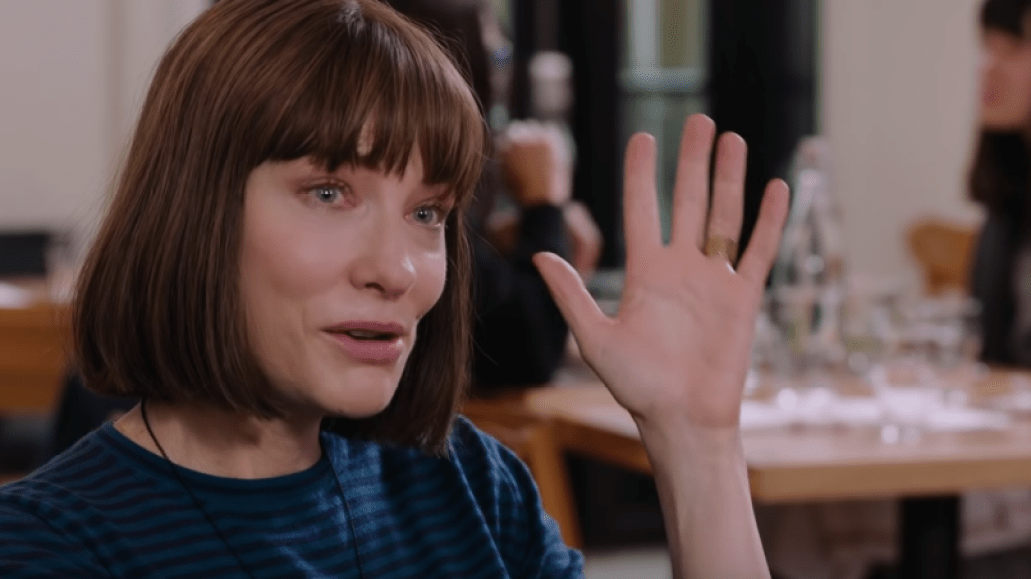 Why We’re Excited: After taking a year off following 2017’s Last Flag Flying, Richard Linklater returns with another adaptation, this time to Maria Semple’s 2012 novel about an agoraphobic architect and mother who goes missing. Now, don’t let that pitch fool you, this isn’t some cold case file. It’s a hearty dramedy with Oscar winner Cate Blanchett playing the titular Bernadette and top lining an equally hearty cast in Billy Crudup, Emma Nelson, Kristen Wiig, Judy Greer, and Laurence Fishburne. What’s slightly disconcerting is the hearty lineup of writers attached to it — a whopping five — but, hey, it’s Linklater. –Michael Roffman

Under the Silver Lake 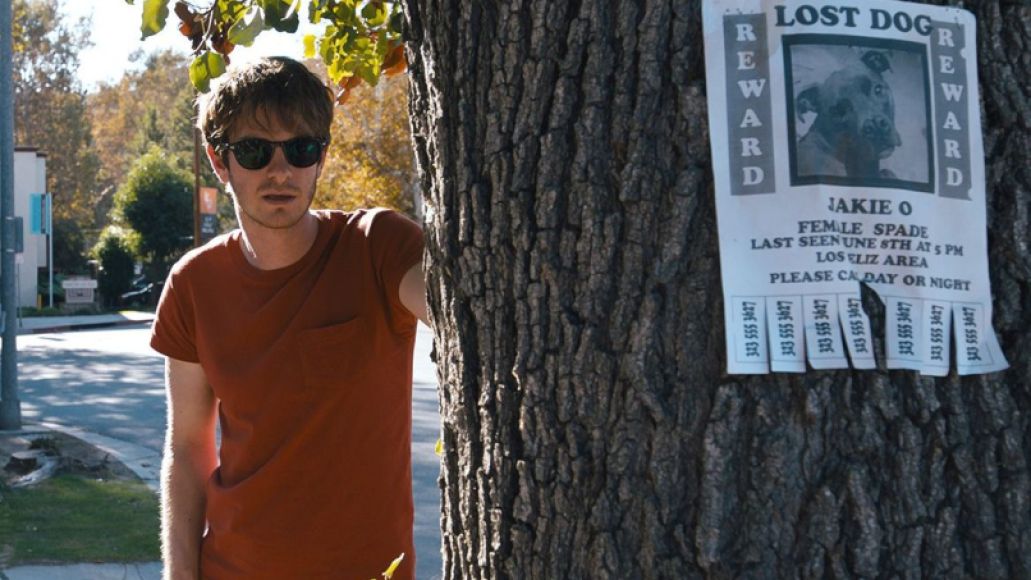 Under the Silver Lake (A24)

Why We’re Excited: Not-so-fun fact: this is now the third consecutive year in which Consequence of Sound has run a coming-soon hit about Under the Silver Lake, David Robert Mitchell’s long-awaited follow-up to It Follows. After being rumored for a late 2018 rollout, divisive responses at Cannes and later Fantastic Fest led A24 to nudge the stoner noir feature into yet another calendar frame. At last, however, we’ll get to see Andrew Garfield wander through an especially seedy L.A. full of sun, pop culture references, and no shortage of evil waiting in the margins. It’s been compared to so many different cult movies at this point that it’s starting to sound like the kind of thing we have to see. –Dominick Suzanne-Mayer 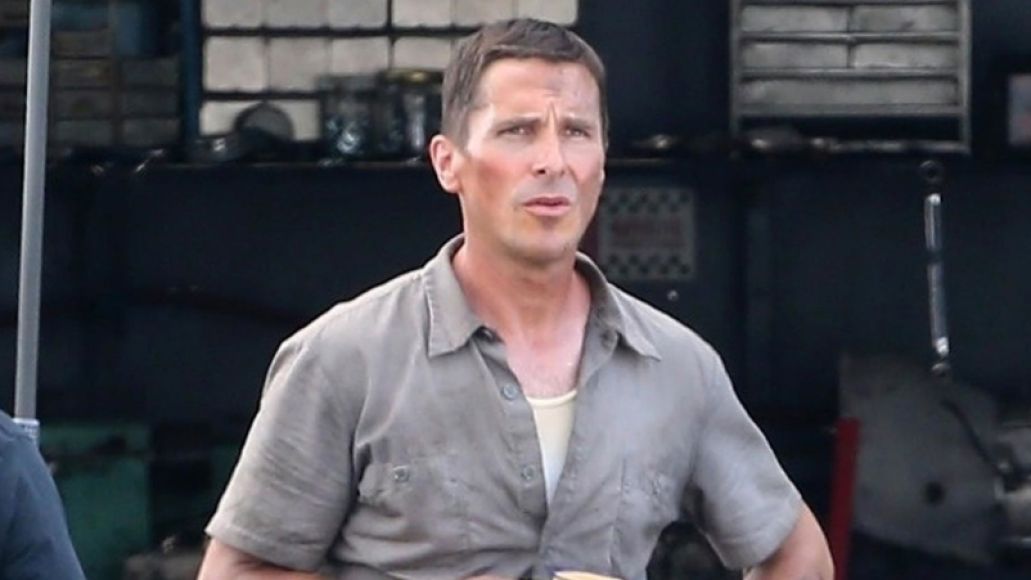 Why We’re Excited: Now that he’s done with X-Men after flipping the script on the superhero genre with 2017’s Oscar-nominated Logan, James Mangold is getting back to basics. Kind of. With Ford v. Ferrari, the veteran filmmaker rides shotgun with Christian Bale and Matt Damon, putting the pedal to the metal on a historical drama that could very well go vroom, vroom into awards season. It’s a great story, too, following an American team of engineers who were tasked by Henry Ford II and Lee Iacocca to defeat Ferrari at the 1966 24 Hours of Le Mans race in France. Vroom, vroom, indeed. –Michael Roffman

Once Upon a Time in Hollywood 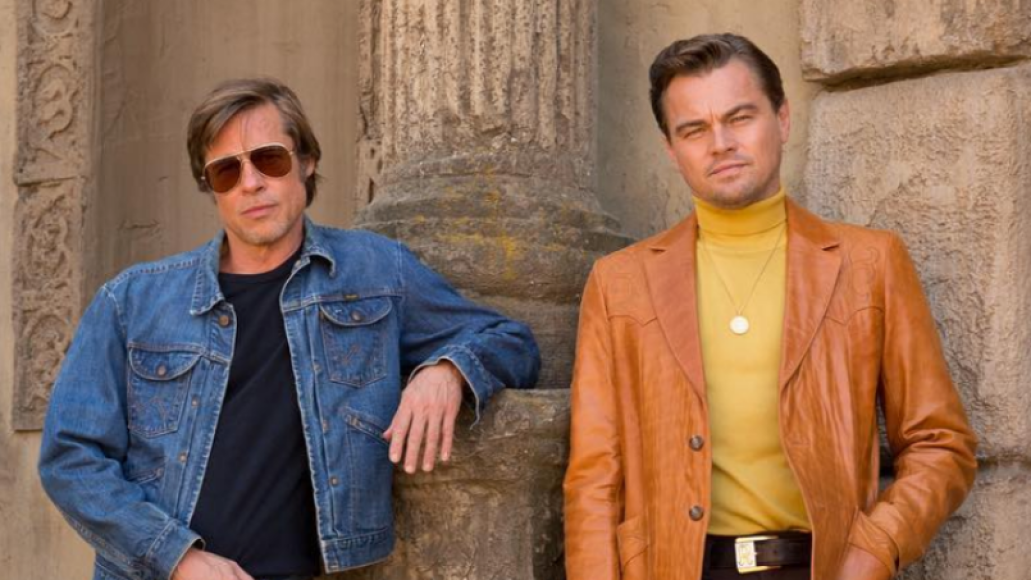 Why We’re Excited: Both the film industry and the critical landscape have changed a lot since Quentin Tarantino became a superstar in the early ‘90s with Reservoir Dogs, but somehow, each new movie he releases still manages to feel like An Event in a way few other directors can touch. That’s going to be especially true of Once Upon a Time in Hollywood, Tarantino’s far-ranging epic following a pair of L.A. detectives (Leonardo DiCaprio and Brad Pitt) pursuing the Manson family in the wake of a string of grisly murders, including that of Sharon Tate (Margot Robbie). There are few more controversial eras of movie history to make a movie about, which in its way, feels quintessentially Tarantino. So does the star-studded casting, so does the inevitable use of pitch-perfect music cues from the time. Love it or hate it, you’re about to spend the entire end of your summer talking about this one. –Dominick Suzanne-Mayer 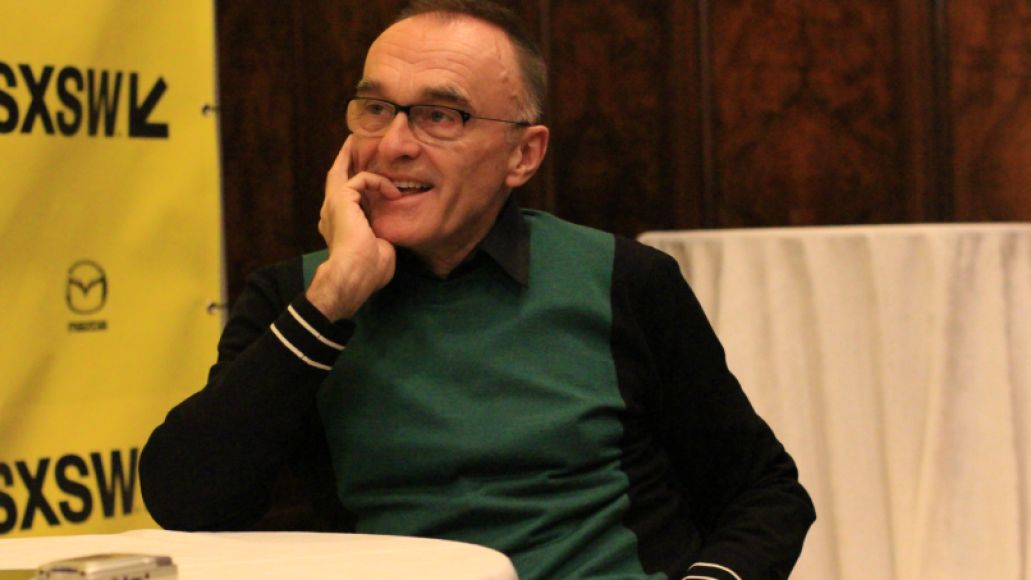 Why We’re Excited: With James Bond long behind him, Danny Boyle now gets to do what he does best, which is provide the world with some original storytelling. This time around, he’s teamed up with Love Actually writer/director Richard Curtis, and the two are doubling back to the ’60s and ’70s for a comedy musical that reportedly follows “a struggling musician who thinks he’s the only person who can remember the Beatles.” Okay, that’s pretty good, and so is the film’s prospective ensemble, which strings together Ed Sheeran, Lily James, Kate McKinnon, Himesh Patel, and Ana de Armas. As long as it’s not another Across the Universe, this should get everyone twisting and shouting. –Michael Roffman 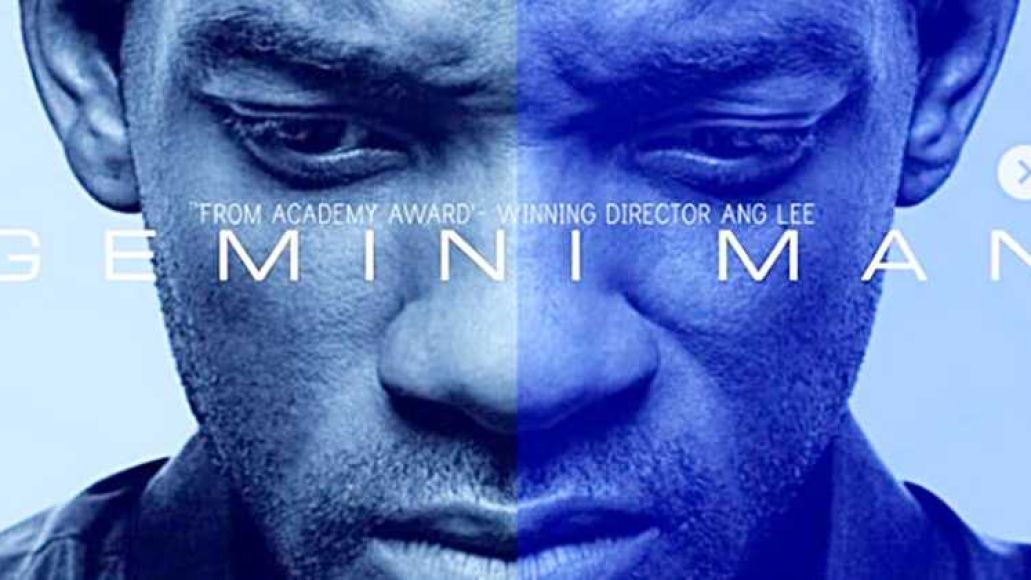 Why We’re Excited: Save for After Earth, Will Smith has a pretty great track record when it comes to sci-fi films. He’s also on another level when he’s working with a high-caliber filmmaker, and Oscar winner Ang Lee is one such filmmaker. With Gemini Man, Smith plays an aging assassin who’s being trailed by a younger clone of himself. It’s an intriguing premise that should allow Li to go all out visually, as he did not so long ago with 2012’s Life of Pi. Toss in Clive Owen, Mary Elizabeth Winstead, and Benedict Wong, and we might just have a vintage, original Smith blockbuster on our hands. –Michael Roffman

A Beautiful Day in the Neighborhood 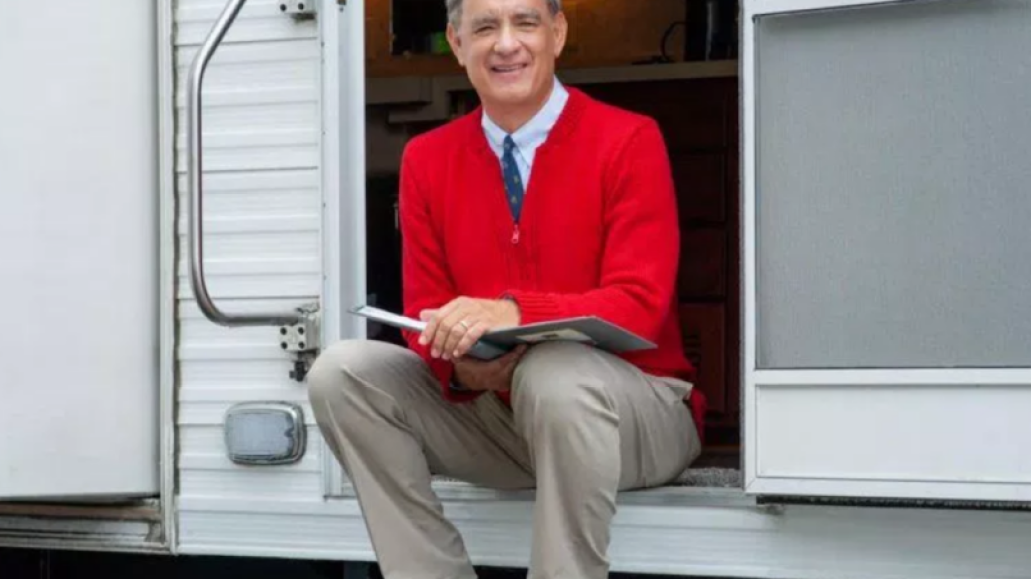 Tom Hanks in Mr. Rogers biopic A Beautiful Day in the Neighborhood

Why We’re Excited: Both Mr. Rogers and Marielle Heller had a fantastic 2018. The former saw himself iconized in the outstanding documentary Won’t You Be My Neighbor, while the latter is entering the current awards season with Can You Ever Forgive Me?. By the end of 2019, both parties will come together with a little help from Tom Hanks in the Fred Rogers biopic that we never knew how much we wanted, A Beautiful Day in the Neighborhood. Mind you, we’re still wiping off the tears from both Won’t You Be My Neighbor and Can You Ever Forgive Me?, so it’s a good thing this won’t drop ’til October. –Michael Roffman 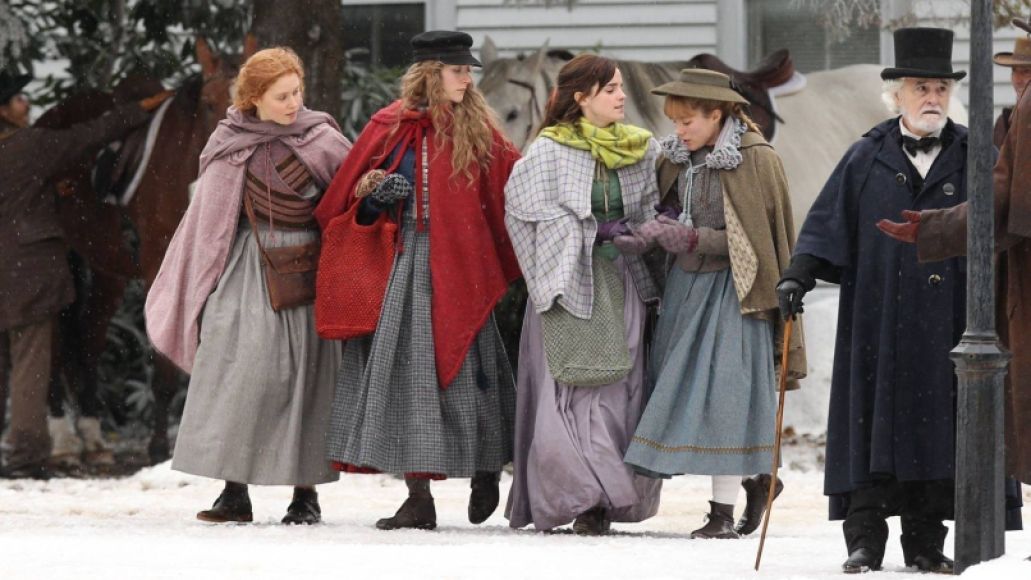 Why We’re Excited: After Lady Bird, Greta Gerwig could have done pretty much anything for her directorial follow-up. In taking on an absolute classic on the level of Little Women, she could well marry her keen eye for the maturation rituals of young girls with the kind of period-set prestige that awards voters tend to favor in droves. Featuring Saoirse Ronan, Florence Pugh, Emma Watson, and Eliza Scanlen as the titular young women, and Meryl Streep, Laura Dern, Chris Cooper, and Bob Odenkirk elsewhere, this is exactly the kind of pedigreed movie that could be a major hit with critics and audiences alike, just in time for Christmas. –Dominick Suzanne-Mayer 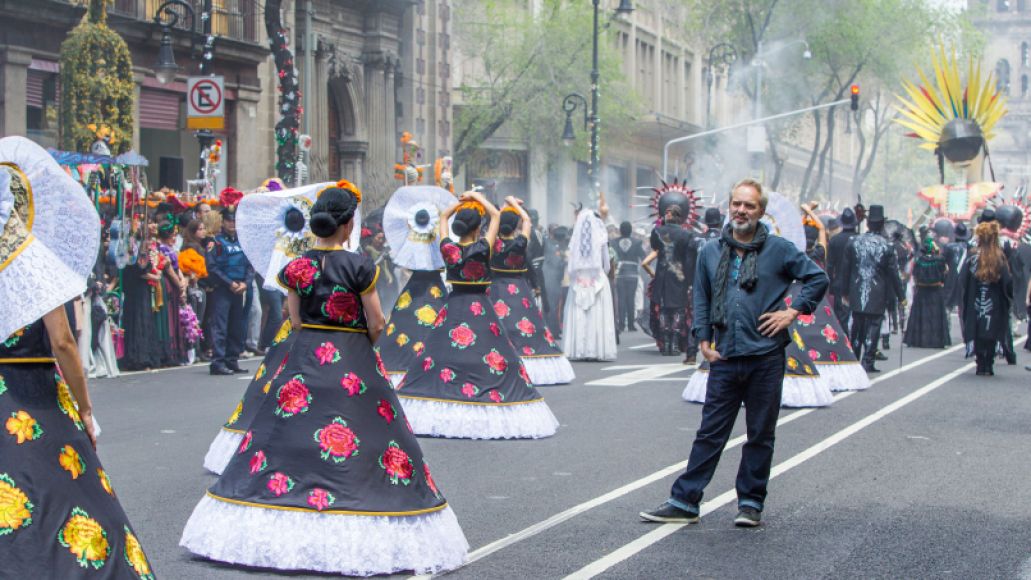 Why We’re Excited: Like Danny Boyle, Sam Mendes also doesn’t have to worry about James Bond anymore. Yet unlike Boyle, Mendes hasn’t actually made a Bondless film since 2009’s Away We Go, which is partly what makes his followup, 1917, so damn exciting. Needless to say, he hasn’t moved away from the gunplay as the film tells an original story set during World War I that Mendes wrote alongside screenwriter Krysty Wilson-Cairns. Details are scarce, though production begins this April with George MacKay (Captain Fantastic) and Dean-Charles Chapman (Game of Thrones) to star. Expect this one to make a bid for Oscar. –Michael Roffman

10 Most Anticipated Directorial Follow-Ups of 2019