Pink Floyd fans will soon have the opportunity to own a prized piece of the band’s history. This June, legendary member David Gilmour will auction off 120 of his own guitars, many of which helped shape the signature sound of the group’s classic records.

Included in this collection is his 1969 Black Fender Stratocaster, which he purchased in 1970 at Manny’s in New York. The guitar, estimated to fetch $100,000 to $150,000, was used on nearly all of Pink Floyd’s famed albums like The Wall, Wish You Were Here, and Dark Side of the Moon. Gilmour also utilized the Black Strat for recent solo recordings and touring purposes, like during his monumental concert event in Pompeii in 2016.

Also set to be auctioned is Gilmour’s 1955 Gibson Les Paul, notably employed during the rocker’s epic solo on Pink Floyd’s hit single “Another Brick in the Wall (Part Two)”. A 1969 D-35 Martin, used as both Pink Floyd and Gilmour’s main studio acoustic guitar, such as on Wish You Were Here, will also be up for grabs. Additionally, a very rare Gretsch White Penguin 6134, purchased for Gilmour’s own private collection, can be had for a $100,00 to $150,000 price tag.

“These guitars have been very good to me and many of them have gifted me pieces of music over the years,” Gilmour noted in a statement. “They have paid for themselves many times over, but it’s now time that they moved on. Guitars were made to be played and it is my wish that wherever they end up, they continue to give their owners the gift of music. By auctioning these guitars, I hope that I can give some help where it is really needed and through my charitable foundation do some good in this world. It will be a wrench to see them go and perhaps one day I’ll have to track one or two of them down and buy them back!”

The auction, said to be the “largest and most comprehensive collection of guitars to be offered at auction,” is set to take place at Christie’s in NYC on June 20th. All proceeds will benefit a variety of charitable causes.

Check out a selection of the guitars below; head to Christie’s official website for more details. 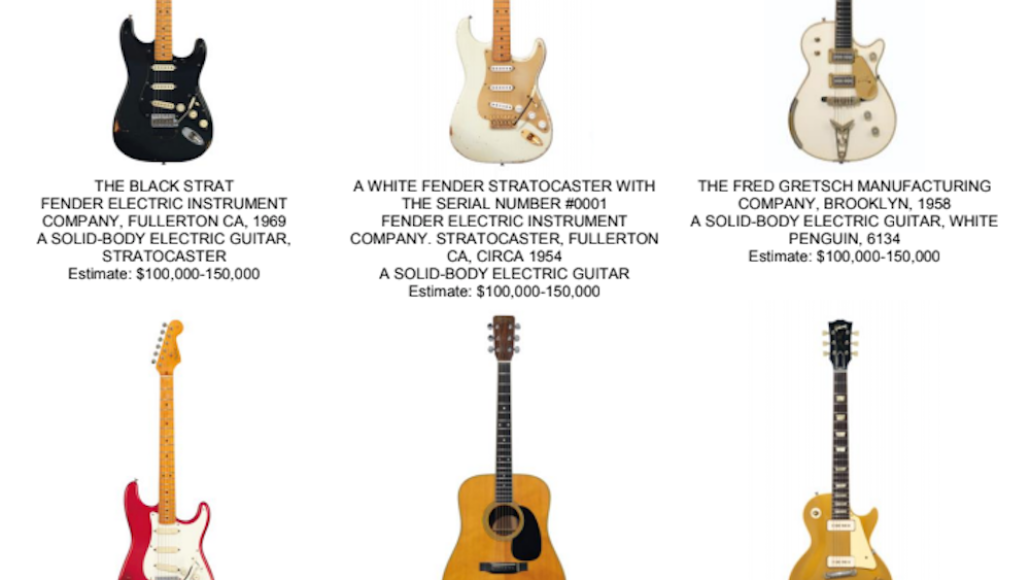 A selection of Gilmour’s guitars to be auctioned at Christie’s. 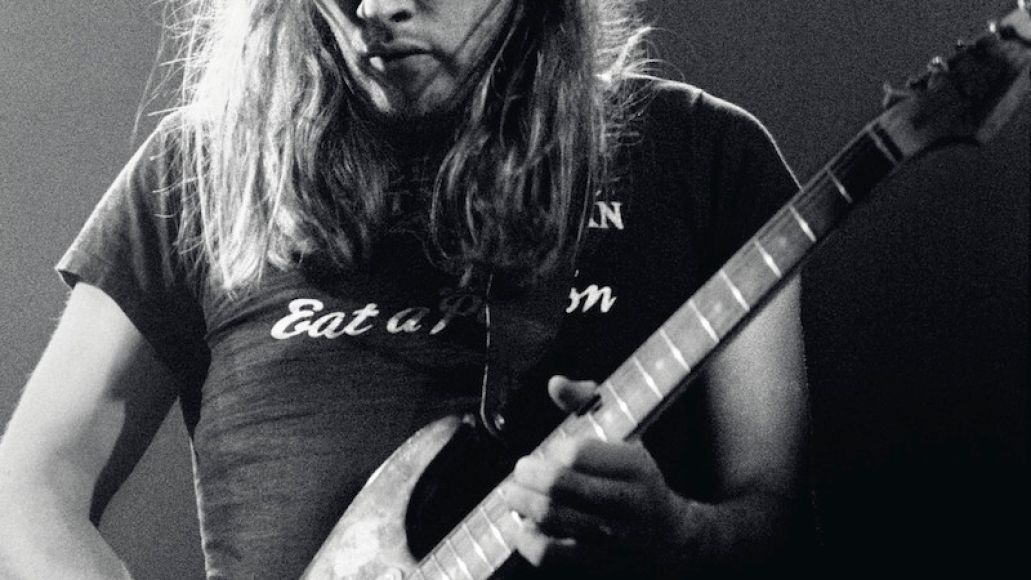 Gilmour playing the Black Strat with Pink Floyd in 1973, photo by Jill Furmanovsky