Last night, Ariana Grande continued her pop world takeover with “7 Rings”, a new song detailing a lavish, drunken trip to the jewelry store. Unfortunately for the singer, the flashy number has also drawn negative attention. New York-born rapper Princess Nokia has accused Grande of stealing the flow from her 2017 track “Mine”.

In a since-deleted video posted to her social media, Princess Nokia listens and reacts to “7 Rings”. “Does that sound familiar to you? ‘Cause that sounds really familiar to me. Oh my god… ain’t that the little song I made about brown women and their hair? Hmm… sounds about white,” said the MC, who is of Puerto Rican descent.

The part Princess Nokia specifically points to involves Grande rapping, “You like my hair?/ Gee thanks, I just bought it.” On “Mine”, Princess Nokia repeats the phrase “It’s mine/ I bought it.” It doesn’t appear to be a direct lift by any means, but Nokia clearly hears a similarity between the songs. While the rapper doesn’t outright name the Sweetener singer in her video, she did like a fan tweet that suggested Grande “literally flows, words, bars from Nokia.”

Perhaps ironically, “7 Rings” makes no secret about borrowing its verse structure from the Sound of Music classic “My Favorite Things”. 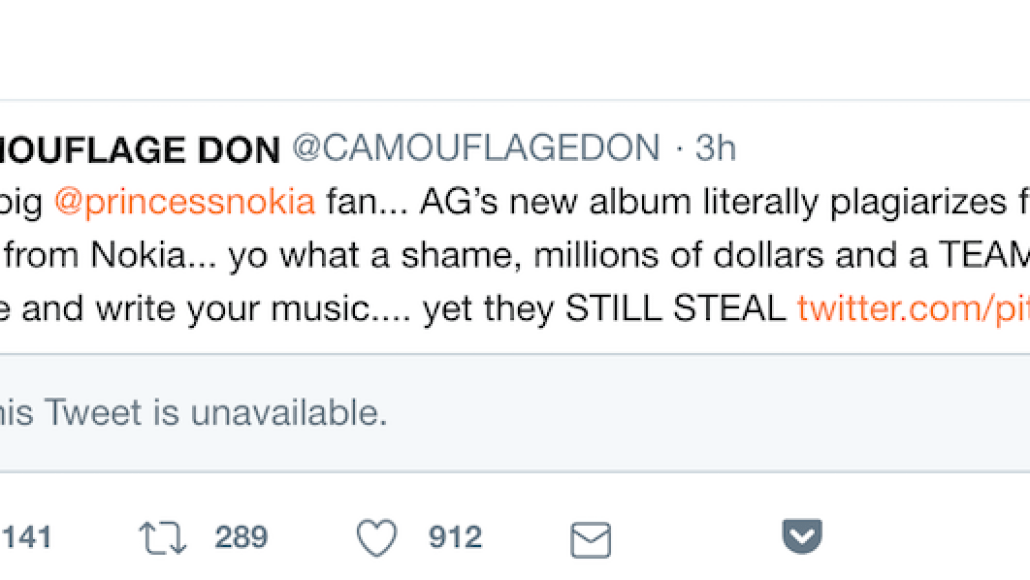 i loved the visuals but i felt weird abt ariana’s #7rings. i could obviously tell that the pink trap house was ripped off from 2 chainz and the sound of music part wasn’t original but something else felt dishonest. then i realized the flow is literally ‘mine’ by princess nokia ????

Compare both “7 Rings” and “Mine” for yourself:

Princess Nokia accuses Ariana Grande of copying her on "7 Rings"