First we got Captain Marvel. Then came Avengers: Endgame. Now, Marvel Studios has completed its 2019 trifecta by releasing the first look at Spider-Man: Far From Home.

As its title suggests, the sequel to 2017’s Spider-Man: Homecoming finds our friendly neighborhood Spider-Man a long ways away from New York City. Rather, young Peter Parker (Tom Holland) has embarked on a summer Eurotrip alongside MJ (Zendaya) and his other high school classmates. However, once he’s paid a visit by Nick Fury (Samuel L. Jackson), he suddenly finds himself back on the job. That includes getting two new suits — a red-on-black take on the classic duds and a “stealth suit” that bears a resemblance to the Spider-Man Noir character Nic Cage voiced in Into the Spider-Verse.

Perhaps more importantly, the trailer provides got our first look at Jake Gyllenhaal as the villain Mysterio, complete with marvelously comic-accurate costume. It’s a role the actor only just confirmed himself to be playing, but let’s be honest, we all saw through that smokescreen. What we didn’t see coming, though, is the fact that Mysterio isn’t positioned as the bad guy in the preview. Instead, we see giant creatures made of water, fire, and stone terrorizing major European cities — and it’s Mysterio who seems best equipped to battle them.

Check out the trailer below.

Speaking at Comic Con Experience in Brazil back in December, Gyllenhaal hinted at the creatures we see in the trailer. He called them “the Elementals”, saying that his character Mysterio “is someone who knows about them and wants to make sure that the world is safe from them. And Nick Fury asks him to come on and help because he’s the only one who really understands them.”

The Elementals do have Marvel Comics origins. In the books, they’re a foursome of immortal beings whose magical powers are connected to the four elements: Hydron, Lord of Waters; Magnum, Master of the Earth; Hellfire, Wielder of Flame; and Zephyr, Mistress of the Winds. If we assume the lightning storm attacking the London Bridge is Zephyr, all four appear in the Far From Home trailer (though Internet speculation thinks Hydro-Man, Sandman, and Molten Man may be the characters we’re seeing here). Savvy comic fans will already be wondering how Mysterio, known as the Master of Illusions, might be using these creatures’ “appearance” to his advantage…

“Peter Parker returns in Spider-Man: Far From Home, the next chapter of the Spider-Man: Homecoming series! Our friendly neighborhood Super Hero decides to join his best friends Ned, MJ, and the rest of the gang on a European vacation. However, Peter’s plan to leave super heroics behind for a few weeks are quickly scrapped when he begrudgingly agrees to help Nick Fury uncover the mystery of several elemental creature attacks, creating havoc across the continent!” 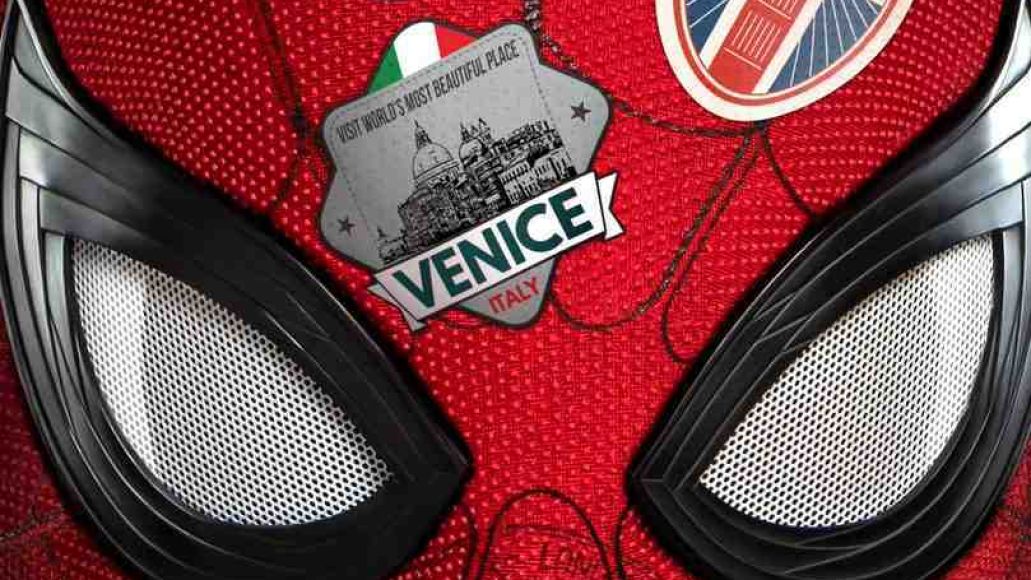 Timothée Chalamet Is a Teenage Cannibal in Teaser for Luca Guadagnino's Bones and All: Watch

Steve Martin Teases Retirement from Acting: "This Is, Weirdly, It"

Spider-Man heads to Europe and meets Mysterio in first trailer for Far From Home: Watch