“Oh, my shrink was right, God does hate me!” — Jay Sherman

When it premiered Jan. 24, 1994, The Critic had everything going for it. Written by Simpsons showrunners Al Jean and Mike Reiss, with future Superbad writer-director Judd Apatow in the writer’s room, it had a voice cast that included SNL star Jon Lovitz, Simpsons alum Nancy Cartwright, and voice-acting legends Maurice LeMarche and Tress MacNeille. Hell, the theme music was composed by Hans Zimmer.

So why did it fail?

Cut short after two seasons, everything that made The Critic so unique and wonderful ultimately ended up working against it. The New York humor of Seinfeld was just starting to catch on, but The Critic was such a love letter to Manhattan that jokes about a show called “English for Cab Drivers” and Mario Cuomo running the NYC Marathon may not have landed outside of the tri-state area. Jay was a snob who mocked the movies that most of the audience liked — Jurassic Park, Home Alone … hell, if you made The Merchant of Venice starring Keanu Reeves right now, it would be the top movie at the box office for weeks.

Jay Sherman himself was also hard for a large audience to latch on to. The Simpsons had a character for the whole family. But it was hard for kids — who, at that point, were still the primary consumers of animation — or women to find a character to identify with. Jay was full of sarcasm and self-loathing, and a balding, middle-aged failure wasn’t exactly a character viewers wanted to identify with. And yet, a handful of us did. We cared about Jay because the world seemed so against him all the time. His boss was insane, his makeup lady was dismissive, his best friend was far more successful, handsome, and taller. As a kid, I laughed along with Jay’s misfortune. As an adult with a tough job and a Twitter account full of writers with bigger book advances and more success, I feel his misery deep in my gut.

The addition of Alice Tompkins in season two was a welcome change of pace, giving female viewers someone to connect with, as well as creating a sweet romantic tension for Jay, who up until this point was the subject of ridicule. These were both people who had been hurt — Alice’s country singer husband, Cyrus, cheated on her so much that he wrote an entire album devoted to his unfaithfulness — but both refused to let the world break them. But it wasn’t enough, and in May 1995, the show was cancelled. It would be re-run in syndication periodically, and a short-lived and poorly received webseries ran in 2001.

And yet, Sherman endures.

A few weeks ago I pitched “What was your favorite line from The Critic?” to my Twitter followers, and the replies were delightful. No two people picked the same line — some went for the classics (“Full of country goodness and green pea-ness. That’s terrible. I quit.” And “It’s a Duketastrophe.”) while others went for the obscure, among them, “Take that, Guernica” and “I’m the friggin’ building engineer. Peter Pancakes over here has damaged the school roof unfixably!” The people who loved this show still love this show.

Perhaps one of the most clever things about The Critic was that it was clearly grounded in reality. It was never afraid to be a little strange. No one ever really questioned ex-governor Franklin Sherman’s curious behavior — he didn’t ask to be named Secretary of Balloon Doggies; after all, the Balloon Doggies demanded it — or why the pilot was, in fact, a penguin with a drinking problem. The show set up its jokes so effortlessly that it isn’t until Alice acknowledges that it’s a little strange that not one, but two men in the room keep hot-buttered biscuits in their pants that you realize, along with Jay, “Oh, you were talking to him!” (Him being Duke Phillips, who started Phillips Broadcasting from a humble chicken and waffles franchise, yet always remembers his roots, right down to the singing hillbilly bears.)

Of course, like so much comedy from the ’90s, there are some cringey points. There’s a lot of uncomfortable fat-shaming and homophobia/transphobia that just wouldn’t and shouldn’t be acceptable to modern audiences. But it’s funny to watch so many of the movie parodies become real, such as Home Alone 5, where 23-year-old Kevin is left, surprise, home alone — when Macaulay Culkin, now 38, did almost the exact same thing in December, recreating his iconic scenes for Amazon Alexa. And although we never got Jeremy Hawk as a colorblind detective with a dog partner in Rubik’s Cube (although Hollywood agency CAA did acquire the rights to the toy in 2010), we have The Lego Movie (and its billion spin-offs), Battleship, and the forthcoming Ridley Scott-helmed Monopoly to tide us over.

I am still holding out hope for The Nightmare Before Hanukkah. 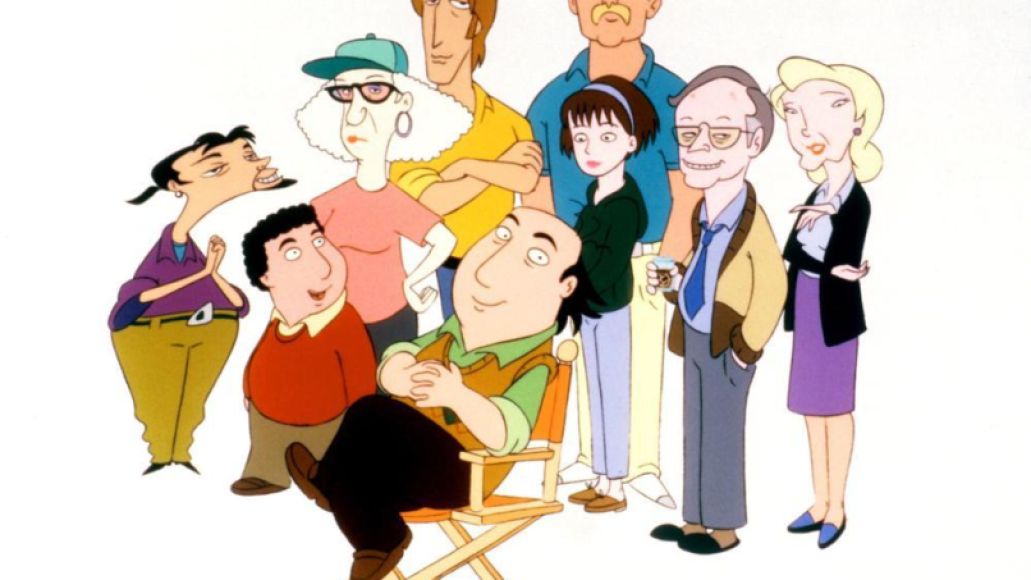 I spent a lot of time in New York visiting my grandmother during the years The Critic ran, and it is in so many ways like home movies, a testimony to the Manhattan that is long gone — not just the Twin Towers in the opening credits, but the last remnants of jokes about the filth of Times Square, Ed Koch, Cats on Broadway, even a Trump Tower joke. The old Jewish-neighborhood Upper West Side of my youth is vanishing, and the closest anyone has come to capturing Jay Sherman’s NYC is John Mulaney and Nick Kroll’s Oh Hello! On Broadway, alternating jokes about Shake Shack with a genuine affection for the olive bar at Fairway on 72nd and Broadway.

And last summer, Mike Reiss was in Cooperstown, where I work as the Managing Editor of the Hometown Oneonta/Freeman’s Journal newspaper, speaking at the Baseball Hall of Fame on the 25th anniversary of “Homer at the Bat”. After the panel discussion, I nervously approached him and made Mayor Jeff Katz introduce me. As he shook my hand, I told him how much I loved The Critic, how so much of it remains in my lexicon, and how I once ate an entire bowl of broccoli because my mom told me it was the only way she would let me watch it, and his face lit up. “I don’t hear that too often,” he said.

Maybe he needs to hear it more.

It Didn't Stink, So Why Did The Critic Fail to Become a Hit Show?