The Muppets proved they can thrive just about anywhere, whether it’s out in space or the mean streets of Manhattan. But what happens when they’re put them on a stage and forced to duke it out using the power of rhymes?

Simple: You get the only rap battle that matters.

On the newest episode of TNT’s Drop the Mic competition, which is hosted by Wu-Tang Clan member Method Man, Kermit and Pepé faced off against Miss Piggy and Beaker in a heated match for the ages.

The first round saw Kermit misunderstanding the whole point of the game, as he rolled off compliments instead of disses (he praised his opponents and even offered to give them “four thumbs up”). Taking advantage of her naive amphibian boyfriend, the always outspoken and assertive Miss Piggy hit back with some true savagery.

“We’re on Drop the Mic, not Sesame Street,” she slammed. Later, Miss Piggy targeted Kermit’s celeb status, rapping about how he “used to be a star,” but now he’s just a “tea-sipping, glorified meme.” Ouch. The battle only got hotter from there. Chance the Rapper may deserve some kudos for mentorship; meanwhile, Kanye and Drake ought to take some notes on how to properly beef.

Watch the full rap battle below.

I snapped this photo of Kermit the other day, not realizing he was rehearsing for this very rap battle. I think he might’ve been listening to Rockabye Baby! Lullaby Renditions of Kanye West: 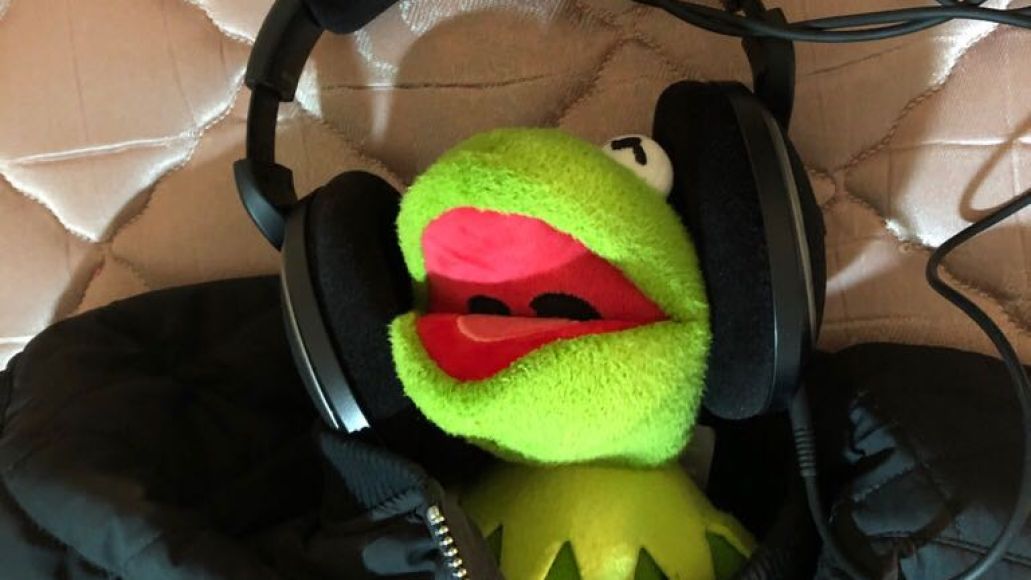 Kermit rehearsing for his rap battle, photo provided by No. 1 fan (me)

The Muppets flexed on Drop the Mic to give us the only rap battle that matters: Watch