Track by Track is a new music feature in which we challenge artists to break down each song on their latest full-length release Track By Track.

You’re off to a good start when your band is born while singing Kate Bush songs. That’s exactly how it happened for Field Music’s Peter Brewis and Admiral Fallow’s Sarah Hayes, who will release their self-titled debut as You Tell Me this Friday.

Brewis came away inspired one night after hearing Hayes’ take on Bush’s “This Woman’s Work”, leading him to approach Hayes about a collaboration. Soon, the pair began a creative correspondence, one that eventually blossomed into the album’s 11 rich, swooning tracks.

While the project pushed both songwriters in new directions, Hayes truly found a voice in the process. “I’ve always loved words but had never thought I could be a lyricist,” she said in a press release, noting how Brewis encouraged her to work with her own words. Both artists contributed lyrics in the end, as well as their talents with an array of instruments, from the swooning sway of strings to bright plinks of piano and even a few saxophone honks.

The fact that the project came about thanks to one-on-one discussions is actually reflected in the record’s themes. “[M]ost of the songs seemed to either be about conversations, be conversational, or about talking or not talking,” Brewis said, with Hayes adding the effort explores motifs of “talking and listening, guessing and questioning.”

Stream the entirety of You Tell Me ahead of its January 11th release below.

For more about the album’s themes and arrangements, as well as its debt to Bush, Hayes and Brewis have broken it down for us Track by Track.

“Enough To Notice”:
Sarah Hayes: I started writing this after watching a video about Yellowstone National Park, entitled ‘How Wolves Change Rivers’. The song is built around repeated patterns played on numerous keyboards. The main melody is quite folky when sung unaccompanied, but it changes in feel with the chord progressions underneath. We threw absolutely loads at this one including several percussion tracks, some Blue Nile bass interjections and Catchphrase sound-a-like moments.

Peter Brewis: I thought this song was about how a small change can trigger a much wider set of changes in an almost chaotic way.

“Get Out Of The Room”:
SH: Peter sent me a demo quite early on and I added a few honking synth saxophone lines, thinking that we’d eventually replace them with something different when it came to record; we enjoyed the slight menace in the sound and ended up keeping it. We had some fun recording the backing vocals live.

PB: This song is about jealousy, insecurity and how they can fuel resentment, anger and even a sort of desire. I wanted the song to have a wide dynamic from a whisper to a cry. 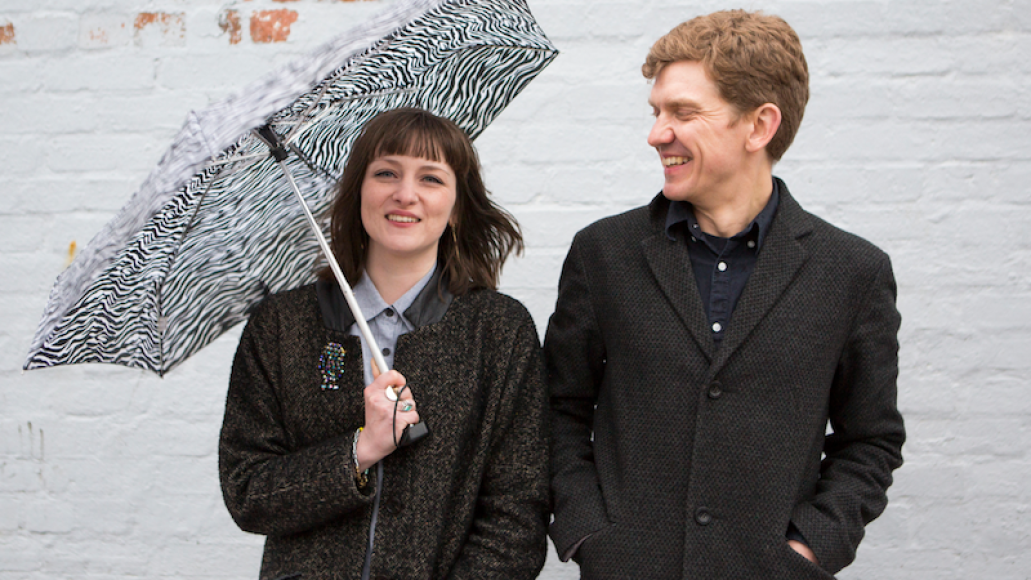 You Tell Me by Beth Chalmers

“Foreign Parts”:
SH: I thought it would be good to write about how going on holiday can be more complicated than it seems. It’s a John Grant-style sideways glance at my own worries – taking the piss out of them so as not to let them win. The song shares its title with the second novel by Janice Galloway, which follows two old friends on their travels together over several years. Peter had the idea of bookending it with strings and timpani flourishes, turning it into an orchestral odyssey with a nod to Sketches of Spain.

PB: I think this song has a great element of humour throughout. I wanted us to reflect that a bit with a sort of Van Dyke Parks-ian playful arrangement.

“Water Cooler”:
SH: We spent a bit of time sending ideas back and forth by email for this one. In an early demo, Peter left some spaces in between verses for instrumental ideas, which I duly filled with Casiotone keyboard parts. When it came to overdubs we constructed the vocal harmonies in the studio and channelled Kate Bush a bit here and there.

PB: This was intended to be a look at an inept office romance. I was literally imagining two office workers failing to talk to each other at the water cooler. No metaphors here.

“Springburn”:
SH: Named after an area of Glasgow in which I used to work quite a bit, this bears the influence of two of my favourite musicians, Rufus Wainwright and Sufjan Stevens.

PB: I think this is a real stinging beauty of a song and I hear it as a very true story. The details are too real to be made up. 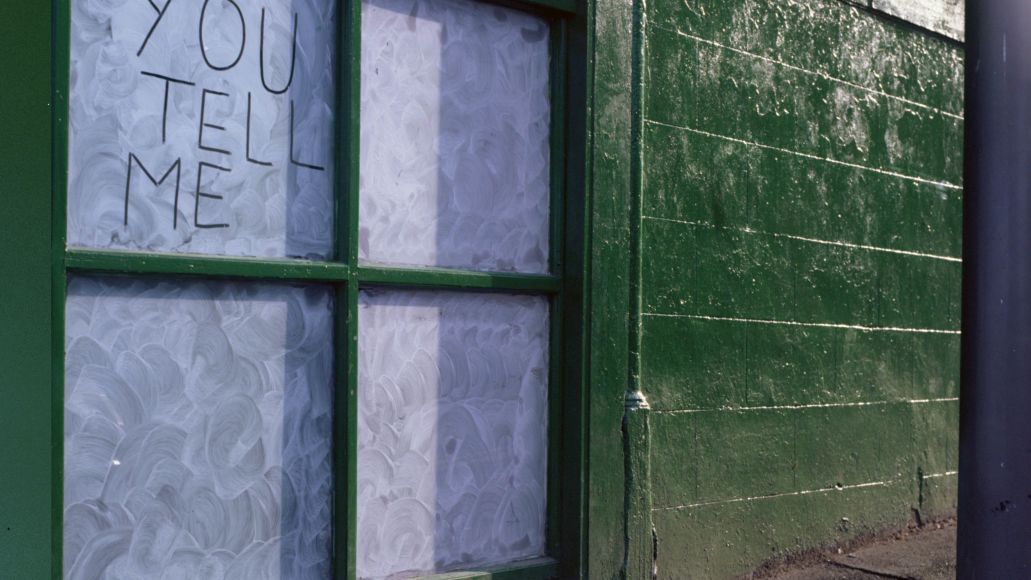 “No Hurry”:
SH: Peter was keen to bring out the dynamics here; we recorded the duet vocals live and tried to sing really softly to begin with, becoming expansive and bittersweet as the song continues, marking the end of side one.

PB: This is about not communicating – frustration at not being able to solve things – missing someone, or an idea of someone. It’s about being lonely but wanting to be alone.

“Clarion Call”:
SH: This song started life while on a train journey, which is referenced in the opening lines. It’s mostly about the idea of waiting: to feel ready to spring into action, to be free of fear and anxiety…and then realising it’s often good to push on in spite of these things.

PB: We thought we could try sort of an updated English folk-rock, like Fairport Convention but driven by the piano rather than guitars. When we came to record it there was a nod towards Christine McVie and Lindsey Buckingham in the stacked vocals and swirly guitar interjections. We wanted there to be a baroque element too, hence the woodwind and synth harpsichord.

“Jouska”:
SH: The first song I ever wrote – way back in 2016 – is about talking, listening and memory. We recorded the singing and piano at the same time, lending it a bit of ebb and flow. Peter’s beautiful orchestration brought the original arrangement up to a new level.

PB: I still can’t quite believe this is the first song Sarah wrote. I was the first of hers I’d heard and it knocked me out.

“Invisible Ink”:
SH: The perpetual-motion piano lines were percolating for a while before I found a home for them. Lyrically there’s a return to the theme of anxiety and expectation and people’s individual ways of navigating these things. There are some time signature changes glued together by a kind of chanting verse melody and a floaty chorus one. There’s all sorts going on, especially towards the end: a balti dish, a set of house keys, swoopy synths.

“Starting Point”:
SH: I love the way the sections move into one another and the focus shifts while certain elements remain the same. We made use of field recordings made in Barcelona, Glasgow and Sunderland. There’s a conversational feel to the singing and lyrics.

PB: My part of the song, again sort of deals with how well people communicate – what they’re able or unable to say to each other. We’d like to be able to talk to each other ‘on the level’, but more often than not we’re at different levels.

“Kabuki”:
SH: We’ve kept things quite simple with this two-verse final number: more Casiotone morphing into string quartet, with a few pens and pencils being dropped in the background. We used the original demo room recording of the first verse. This song is more optimistic than it seems…it’s about beginning to feel more comfortable in your own skin.