In November, Anderson .Paak returned with his third full-length, Oxnard. The R&B maestro plans to quickly follow up that release with a new album called Ventura, which is due out on April 12th.

Much like Oxnard, Ventura was executive produced by Dr. Dre and will be released by Dre’s record label, Aftermath Entertainment. As .Paak explains in a statement, the two albums were recorded simultaneously and were inspired by his early days growing up in Southern California.

Along with the announcement of Ventura, .Paak has mapped out his largest tour to date. The “Best Teef in the Game Tour” includes performances at prominent venues such as Madison Square Garden in New York City, Red Rocks Amphitheater in Morrison, Colorado, and Huntington Park Pavilion at Chicago’s Northerly Island. Even more exciting, he’ll be joined by Thundercat for the entirety of the tour, while Earl Sweatshirt, Noname, and Mac DeMarco will appear on select dates.

See .Paak’s full tour schedule below, and grab tickets to all of his upcoming dates here. 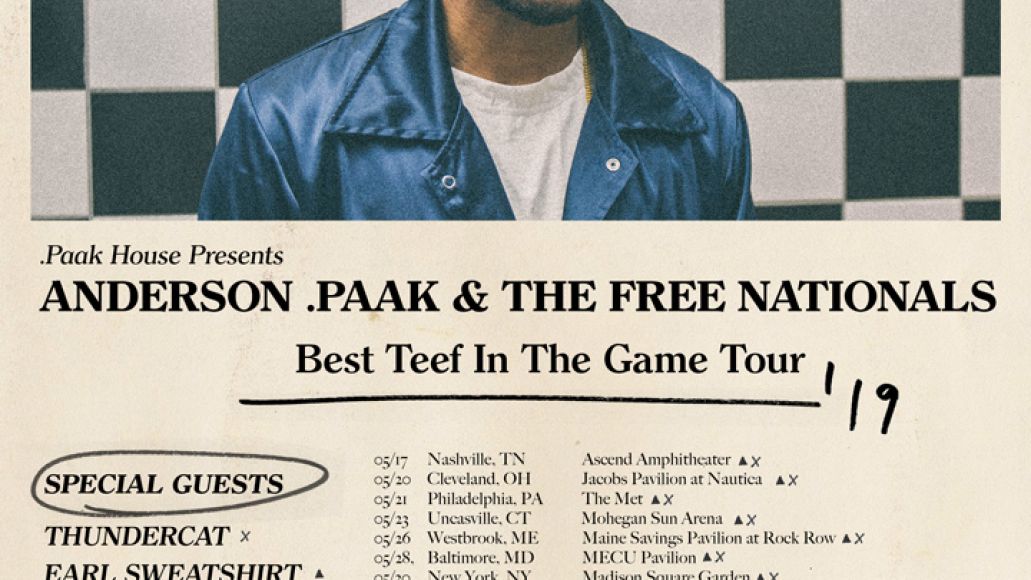