Track by Track is a recurring new music feature that sees an artist dig deep into their latest album, one track at a time.

Beirut are back with their new album, Gallipoli. Apple Music and Spotify subscribers can stream the entire thing below.

The baroque indie outfit’s fifth full-length serves as the follow-up to 2015’s No No No. Band mastermind Zach Condon reunited with No No No producer Gabe Wax for the album, with recording sessions take place in New York; Puglia, Italy; and Berlin, Germany. Condon also brought his Farfisa organ (heard on 2006’s Gulag Orkestar and 2007’s The Flying Club Cup) out of retirement for the record, a welcome and familiar sound for fans.

Condon’s move to Berlin had a major influence on the record, as he told the German publication uMagazine. As he explained to the mag (via translation), he found a sense of peace in his new home:

“…Serenity is contagious and the city does not force you to live. In Paris, you can never be alone, and my life in New York was filled with stress and constant anxiety. If you met other artists in New York, the first thing you did was to check who is more successful. In Berlin I started to go to concerts again. My friend Jan St. Werner of Mouse on Mars has often taken me to galleries or small clubs where experimental or even atonal music has been played. Although I still write in song format, you can still hear this influence on Gallipoli.”

Gallipoli was previewed with the title track, the instrumental “Corfu”, and the video for “Landslide”. Now, you can hear the whole thing below.

For more insight into the 12 Gallipoli tracks, Condon has broken down each song.

“When I Die”:
This was the first song written and recorded of the entire record. Very fitting. This one had to launch, and I went deep into the sounds to bring out all the overtones and creaks and distortions. It was meant to be a cathartic image of the “end.” The big fears, the doubts. My brother came by the studio and we sat there writing some of those lines together. But I measured every song sonically against this one for the rest of the recordings.

“Gallipoli:”
The sweet sounds of the organ haunted me right away. It swept me away and put me in a trance that didn’t break until the song was done — all written and recorded in one day in Italy. The brass parts came from the heart and reminded me of fiestas in Santa Fe with the mariachi bands playing on the plaza. This song put me in a world, like a scene I could inhabit mentally. I had to name the record after it. It encapsulated “that feeling” that makes me write music.

“Varieties of Exile”:
I hadn’t picked up the uke to write a song in a long time when I started this. I plugged it into an old fender tube amp with the nice tube reverb and crunch. It pleased me so much I pulled the accordion out for the fist time in years as well. They play well together. The song flowed well and I felt like the vocals came out kind of sweet. Maybe too sweet. I think my grandma would have liked it. She liked my voice when I was young. My Farfisa organ is tucked into the middle section of this song and it’s tone gives me goosebumps when I hear its tone. Such a beautiful and subtle leslie swirl. 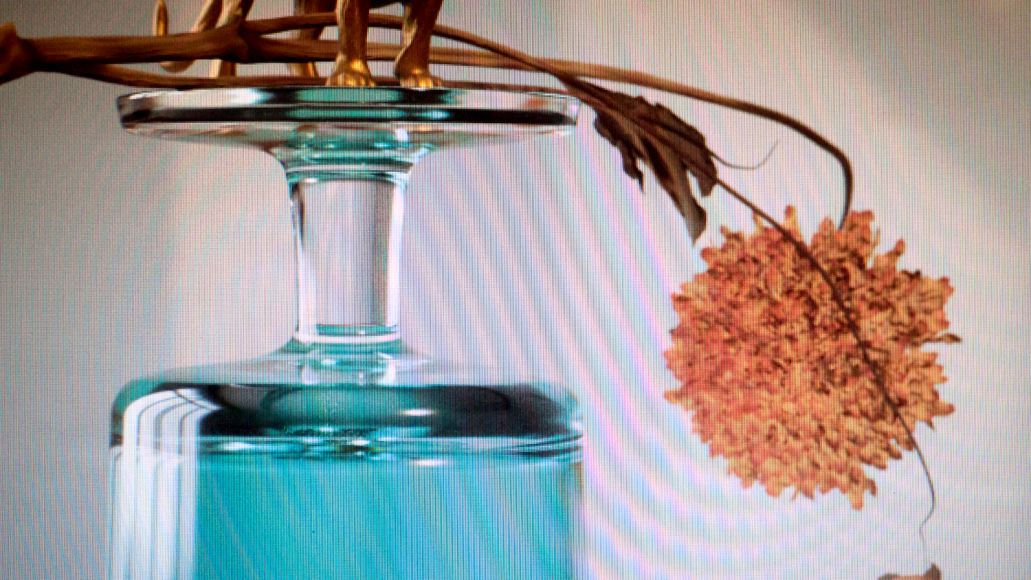 “On Mainau Island”:
This song was a guerrilla recording. I was running the Farfisa through a space echo and blasting it through every amplifier in the room just to hear what it sounded like and Gabe Wax happened to be recording as I was improvising. I covered the song in a bunch of slightly detuned Moog Voyager synths afterwards that made me feel transported. It felt like it belonged and I’d been listening to a lot of Library Tapes in Berlin; weird experiments usually in the seventies with tape looping and early synthesizers. Often put over “exotica” beats and the likes. This will come up again on the song “ Corfu”, but I wanted to make some mysterious instrumentals that sounded like they had been dug up from the basement of some record store.

“I Giardini”:
I spent three days redoing the drums with Nick on this song. Nothing felt right. I had demoed this song in Berlin in my studio and all the instrumental parts are taken from that recording I did myself because I couldn’t improve them in my mind. We ended up calling a guy from Senegal who lived in that part of Italy that (the studio owner) Stefano knew. He brought over all these unique and beautiful sounding African hand drums and we went to town on it to make this plodding, heavy and repetitious beat that made us all bob our heads. That’s how I knew it was right.

“Gauze Für Zah”:
This song was a pleasure and a release to write. Pure fun. Hence the “Gauze for Zach” gibberish title. I felt a lot of catharsis in this song and somehow the lyrics still managed to bring up the usual wreckage of my past. That always seems to happen. My musical brain, the more subconscious part, always seems to have big emotions and feelings running all over. Uptown and downtown, excitement and melancholy. I love it and I just follow the intuition. I have zero control over it and am only trying to channel it as best I can, which is why I hate writing lyrics. They seem to only come from my “story,” and I find that not very nice to talk about. Music is transcendent, lyrics to me are quotidian and overly personal. The ambient piece at the end felt like a necessary dreamful rest state before the record started side B. I was proud of the detunings on the instruments. I work hard to detune things just right.

“Corfu”:
Another of my “Library Tapes” experiments. I was extremely proud of this one. It’s a leap into a different field of music for me, while still feeling like me. I was proud of the chromatic chord shifts and mono synth chorales. Gabe patched to gather a beautiful screaming mono synth outro piece from a bunch of experimentations me and Paul had spent the night doing on modular synths. I live for those happy accidents in the studio. I remember the window panes were rattling.

“Landslide”:
Another Cathartic release of a song with bummer lyrics. I get asked if it’s political in nature a lot because of leaving the US after the elections. Nah. Trump and Trumpism can rot in hell and I hope it dies out like the dinosaurs. These people are on the wrong side of history in a big way and I hope they can somehow be rehabilitated into civil society again one day. I don’t do political music though. There’s nothing wrong with it but personally I’ll just repeat what I said before – Music is too sacred to bog it down with something as disgusting as politics.

“Family Curse”:
There I go again. Dark times. This has a lovely blend of instruments. Pump organs, old drum machines, trumpets and analog synthesizers. I wanted to make something completely new with the end of this song. It’s actually about sixteen tracks of synths all on their own pitch shifting oscillators wandering in and out of orbit of each other. I found it dizzying and trance-inducing. I had no idea what I was doing as I was doing it. It just happened. So many overtones!

“Light in the Atoll”:
This was an old song I had written in upstate New York. It’s weird how the isolation worked on my music. I had been listening to so many Wong Kar Wai soundtracks the year before and I feel like it kind of snuck into the beginning of this song with the “exotica” kind of vibe. The rest was just release. Like opening a pressure valve and seeing what happened. train of thought, orchestral brass. I liked what happened, and it felt true to the style of music I wrote before Gulag Orkestar that no one has really heard. Like I was finishing a thought I started over 13 or 14 years ago.

“We Never Lived Here”:
Another one written upstate New York before moving to Berlin. Me and Paul spent hours messing with the modular synth sound on this one. I wanted it so subtle. Ben Lanz and Kyle Reznick joined us in the studio for this one on brass and started playing the melody on trombone and trumpet. I loved the result and the orchestral dissonance at the end. All organic and in the moment creations. This song is low for my range and it’s so exposed I felt completely naked singing the vocal parts. I think that was the point. It’s the end of the album and I needed to bare myself.

“Fin”:
A modular march out to black. Tape loops and piano and a beach boy harmony and a sigh of relief as I realized I had once again finished an album. I wanted the modular synths to turn into screeching sirens at the end and pushed them as far as I could without hurting my ears.

Beirut release new album, Gallipoli, and break it down Track by Track: Stream