This August, Belle and Sebastian will head out to sea on their very own Mediterranean cruise festival, The Boaty Weekender, featuring Mogwai, Camera Obscura, The Buzzcocks, Alvvays, and Japanese Breakfast, among others. Today, the Scottish indie pop outfit has announced a North American tour leading up to the event.

The summer outing kicks off July 11th in Charlottesville before making its way to Philadelphia, Boston, Montreal, and Toronto. They’ll also visit Pittsburgh and Cleveland on their way to the tour’s closing date in Royal Oak, Michigan on July 21st.

Fellow Matador band Ex Hex, who recently announced a new album, and Men I Trust will accompany Belle and Sebastian on the road. For every ticket sold, $1 will be donated to charity (with the exception of the Pittsburgh show).

Belle and Sebastian released a trilogy of EPs last year dubbed How to Solve Our Human Problems. They’re currently working on the soundtrack to Simon Baird’s new coming-of-age film, Days of the Bagnold Summer.

Consult the group’s full itinerary below. 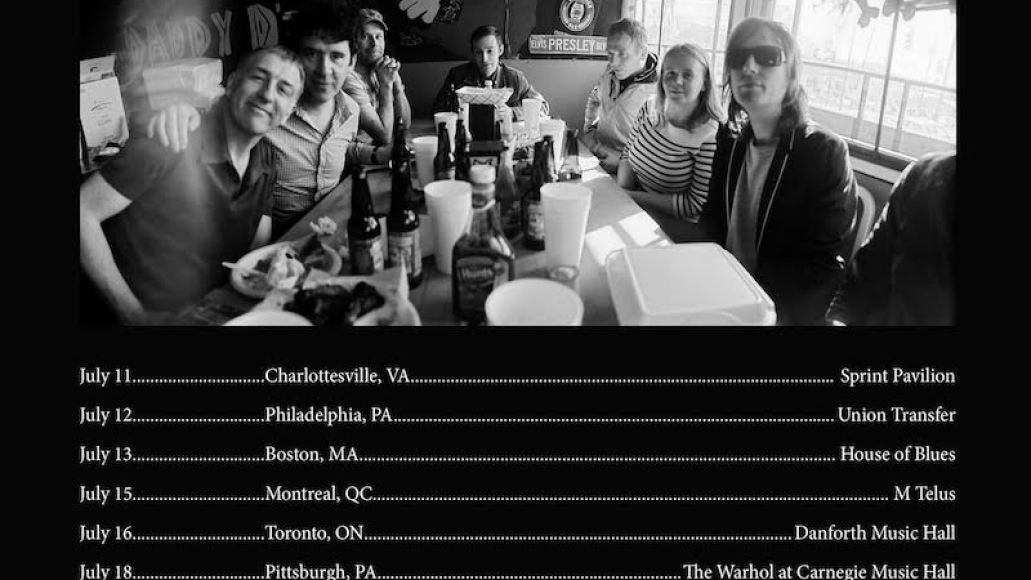 Revisit How to Solve Our Human Problems single “Poor Boy”, followed by a trailer for their Boaty Weekender:

To add Belle and Sebastian releases to your vinyl collection, head on over to ReverbLP.