Hailing from Philadelphia, Devil Master combine elements of black metal and punk rock for a truly unique sound, as heard on “Black Flame Candle”, a new song and music video premiering right here at Heavy Consequence and Consequence of Sound. The track appears on the band’s debut full-length album, Satan Spits on Children of Light, due out March 1st via Relapse Records.

The video (watch below) adds to the menacing vibe of the song, as an unfortunate young man is dragged through the snow while hopped up on goofballs, and subjected to a violent satanic ritual. As the band states: “Here is the third track to the album, set to us breaking in to an abandoned church while almost choking/freezing our good friend Eric to death, after pumping him full of hallucinogens…”

Regarding their distinct sound, guitarist Darkest Prince professes, “We’re not pandering to any trends or other genres. It’s entirely its own thing. It’s for people to open their minds and have fun with — but also get lost in.”

Satan Spits on Children of Light follows 2018’s Manifestations, which compiled their 2016 self-titled demo and their 2017 EP Inhabit the Corpse. The new album, which was produced by Arthur Rizk (Code Orange, Power Trip) can be pre-ordered at this location, while the band tour dates can be seen below the video. 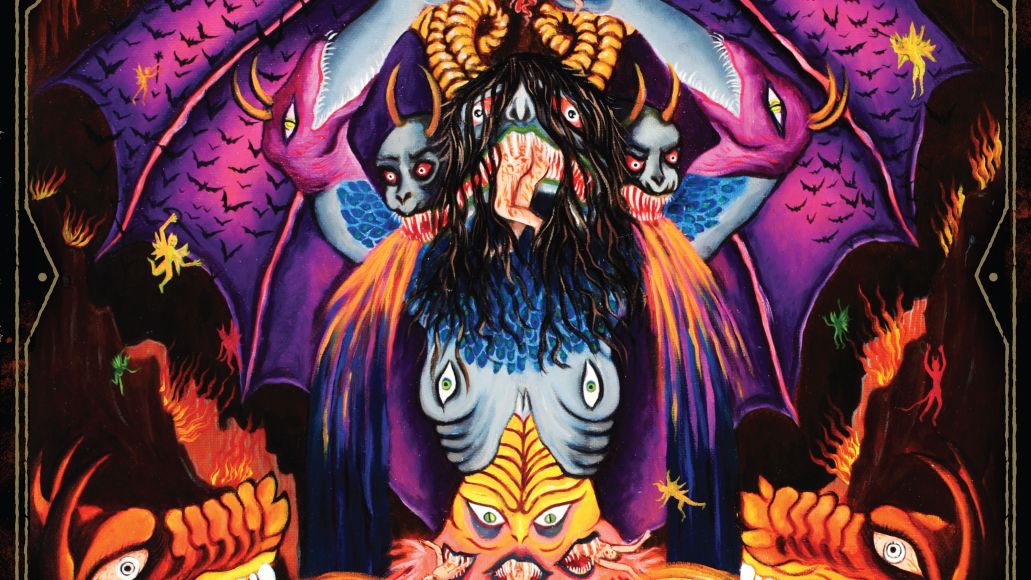