Earlier this month, EyeIlusion and the Zappa Family Trust finally released the tour dates for their much-hyped hologram tour, “The Bizarre World of Frank Zappa“. Now, they’re revealing the man himself, as they’ve just unlocked a special promotional video that gives a proper tease of the late rocker.

In the video, the newly resurrected Zappa addresses a recent controversy surrounding the tour. Essentially, Ticketmaster wasn’t so hot on their tour artwork, which featured the buttocks of an animated penguin — ahem, in homage to the song “Penguin in Bondgage” — citing it “questionable content.” 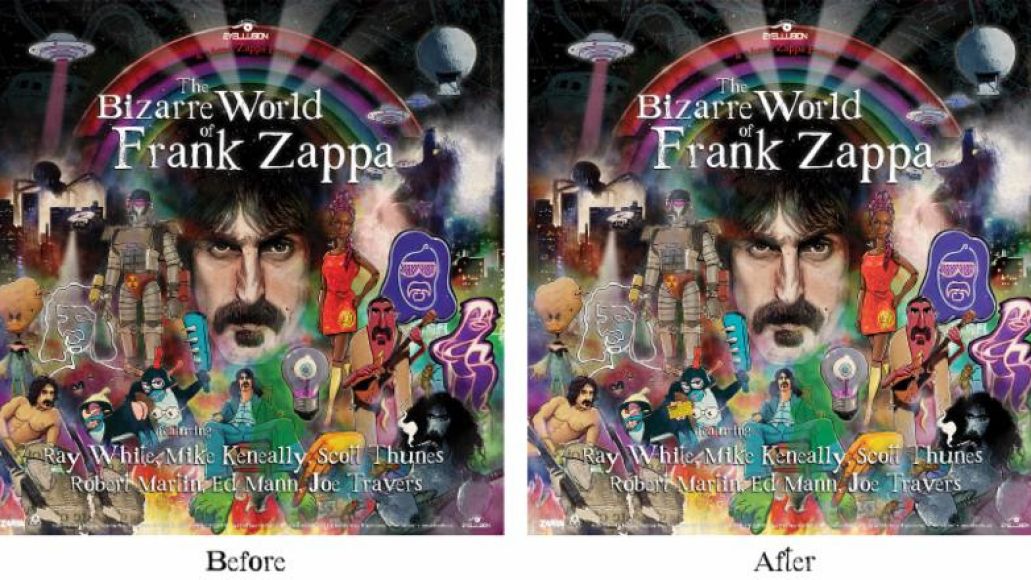 “I’m a person who likes to do what he wants to do,” the new Zappa insists in what can best be described as a descent into the uncanny valley of rock ‘n’ roll, “whether people like it or not and what I do is designed for people who like it, not for people who don’t.”

As a press release is quick to point out, Zappa always fought against censorship throughout his career, particularly for artists’ rights. So much so that he even appeared before Congress on September 19th, 1985, and later famously volunteered to slap his albums with a “Warning Guarantee” label.

Not surprisingly, the tour has since updated the label in light of the controversies. Catch that below, in addition to the video featuring your first look at the Zappa hologram shortly after. It’s a total trip, alright, and might cause a few of you fans to pinch your arm. 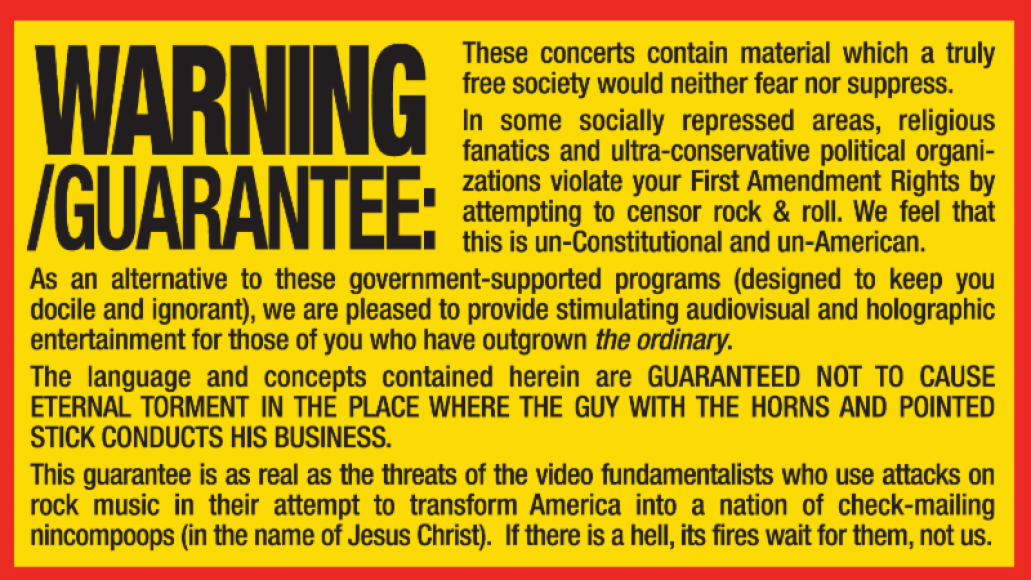 As previously reported, hours of never-before-seen Zappa performance footage from the early seventies will serve as the basis of concert. This footage, locked away in the Zappa vaults for 44 years, will be juxtaposed with “outrageous visuals that offer a striking view into his complex musical works.”

Joining Zappa’s hologram on stage will be longtime Zappa players including Ray White, Mike Keneally, Scott Thunes, Robert Martin, and Joe “Vaultmeister” Travers. Check out the preliminary touring schedule below. Get your tickets here before it’s too late.

Here's your first look at that Frank Zappa hologram: Watch