A week after Slayer accidentally leaked a lineup poster, Heavy Montreal has officially revealed the bill for the 2019 edition of the festival. Slayer were announced as a headliner a while ago, and now the rest of the lineup includes Ghost, Evanescence, Godsmack, Slash Ft. Myles Kennedy and The Conspirators, and many more.

The festival will take place the weekend of July 27th and 28th at Parc Jean-Drapeau, with two-day general admission tickets starting at $175 Canadian ($132 US).

In addition to the aforementioned acts, the lineup includes Anthrax, Steel Panther, In This Moment, Killswitch Engage, Clutch, Gamma Ray, Beartooth, Hatebreed, Skillet, Atreyu, Quiet Riot, Watain, Kataklysm, Despised Icon, Municipal Waste and Metal Church, among others. The full list of bands can be seen in the poster below.

The 2019 fest will mark the 11th edition of Heavy Montreal, which launched in 2008, and has been staged every year except for 2017, when it went on hiatus for a year.

For more information and to purchase tickets, head over to HeavyMontreal.com. 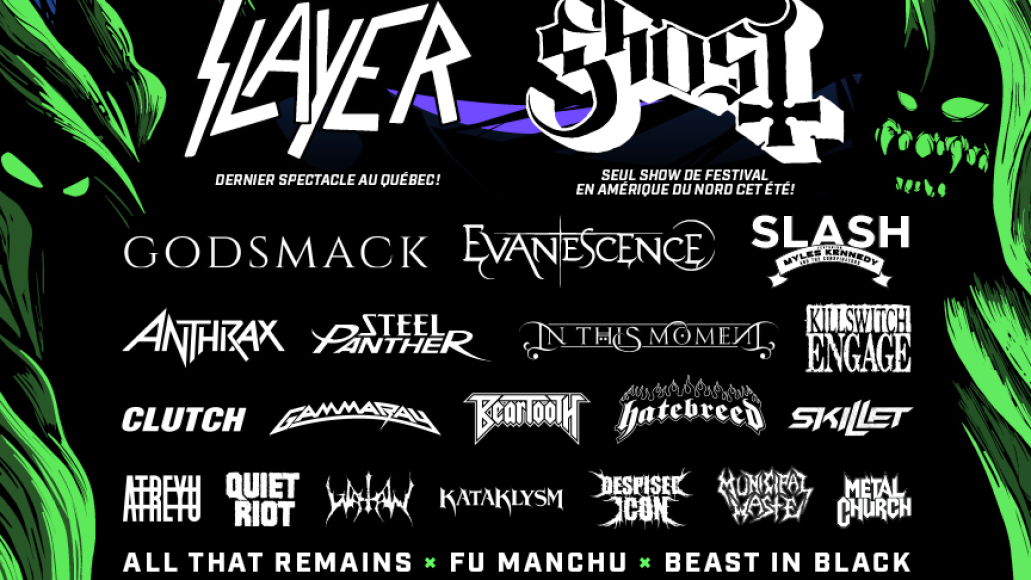