Beyond the Gates: Six years into its run, Miami’s III Points Music Festival has fully realized their grass-roots approach to building a festival experience — demonstrating what music festivals across North America ought to be doing: shelving the bullshit and focusing on the experience at hand. This is what makes this festival so goddamn special. It educates audiences on the Miami music, art, and cultural landscape and makes a compelling case for why it’s all incredibly worthwhile to the pop-culture world at large.

“What creates the magical element in festivals is the act of discovery. Exploring a space to experience unexpected art, finding new musical acts you fall in love with, and traversing this all with your friends. It’s an adventure,” says New York-based artist Erica Bernhard, founder of the award-winning Covalent experience lab, who has worked with the likes of NASA, Stan Lee, Ariana Grande, and Kanye West. “There’s also an ephemerality to it all that makes festivals so unique — almost like I get nostalgic about what I am experiencing in the moment, knowing that I will remember it so acutely.”

III Points attendees will be welcomed to the festival by TIDES, the latest creation from NONOTAK studio, a collaboration between visual artist Noemi Schipfer and artist, architect, and musician Takami Nakamoto. TIDES is an installment designed with the intent to guide its viewers through a space time warp. This piece is found at the entrance of the festival and begs visitors to leave the past and future behind — encouraging them to become grounded in the present treasures of the festival. 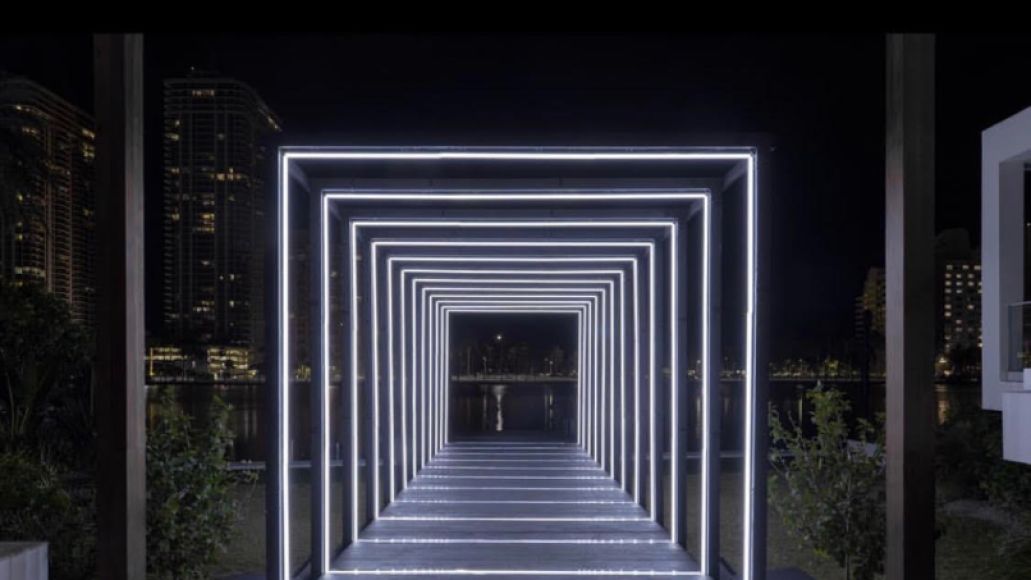 “III Points represents exactly what our society needs right now — a blending of artistic worlds, cultural circles, and musical genres,” says Bernhard, reflecting on the festival and its impact on her work and pop culture as a whole. “Everything from the lineup, to the arts programming, to the attendees is incredibly diverse and inclusive.”

That being said, let’s revisit all the big takeaways from this weekend’s III Points 2019. 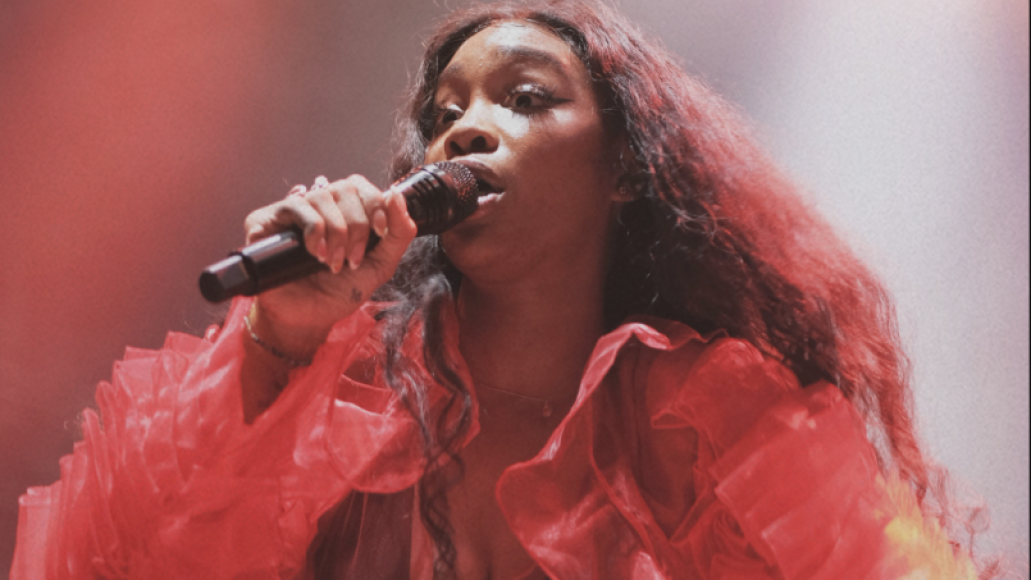 Phones Up: The last time Mana Wynwood saw SZA was in December of 2013, when she opened for Kendrick Lamar in a showcase of Top Dawg Entertainment during Miami’s Winter Music Conference. That spectacle was brief, a run time of about 30 minutes and change. She was wearing a Snoopy and Woodstock comic-strip dress that in and of itself was show stopping. Still, it was her angelic falsetto that took the hearts, eyes, and souls of the attendees present at said Winter Music Conference, and everyone knew by the end that she would take the reigns of the rap genre in the years to come.

We are now living in those years. Her performance at III Points was illuminating and turned the spotlight on her big Scorpio energy. The audience happily took the attack of her stinger— inviting her infectious poison seep into their blood flow for the night. However, audiences truly lost their collective shit when she covered Sixpence None the Richer’s “Kiss Me”, leaving us all in a nostalgic mind melt for those afternoons spent gazing into our televisions watching Dawson’s Creek and She’s All That. “That song makes me happy as fuck and I really wish it was ‘98 right now,” she admitted. “You all watch Martin?” 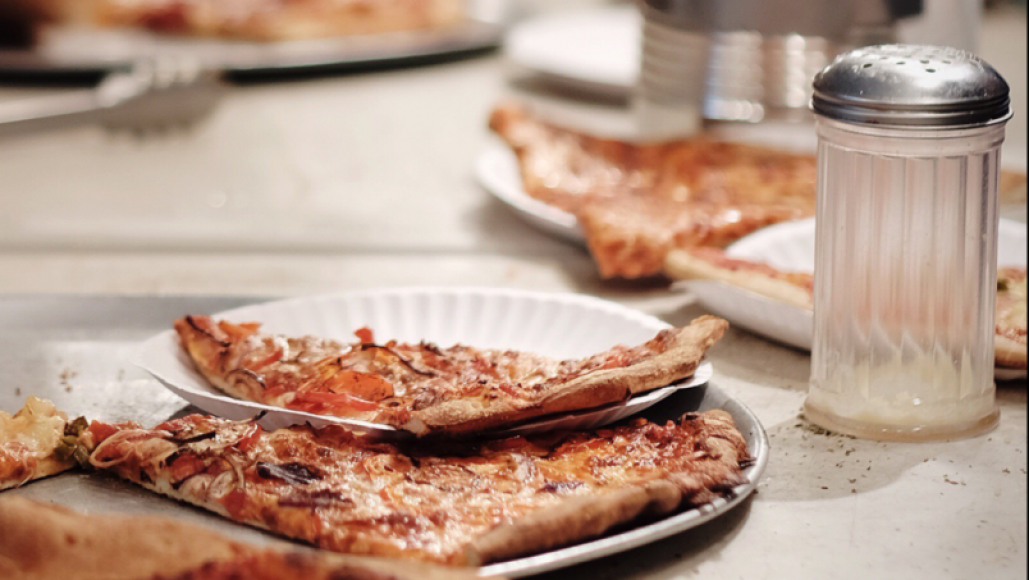 Best Bites: To be frank, no one wants an upset stomach when attending a music festival. While I’d love to eat sushi, raw poke, or a sleazy cheeseburger—solace will always be found in the simplicity of a slice of pizza. It’s very clear that the festival circuit favorite, Vermont’s The Spicy Pie, headlined the III Point’s festival cafeteria and mouths of many throughout the entirety of the festival. Yes, Miami’s Panther Coffee kept attendees awake from five-to-five with their espresso shots that border on Miami’s finest China White, but the Spicy Pie delivered the goods. Well, not literally … attendees did have to place a pickup order … but you know what I mean. 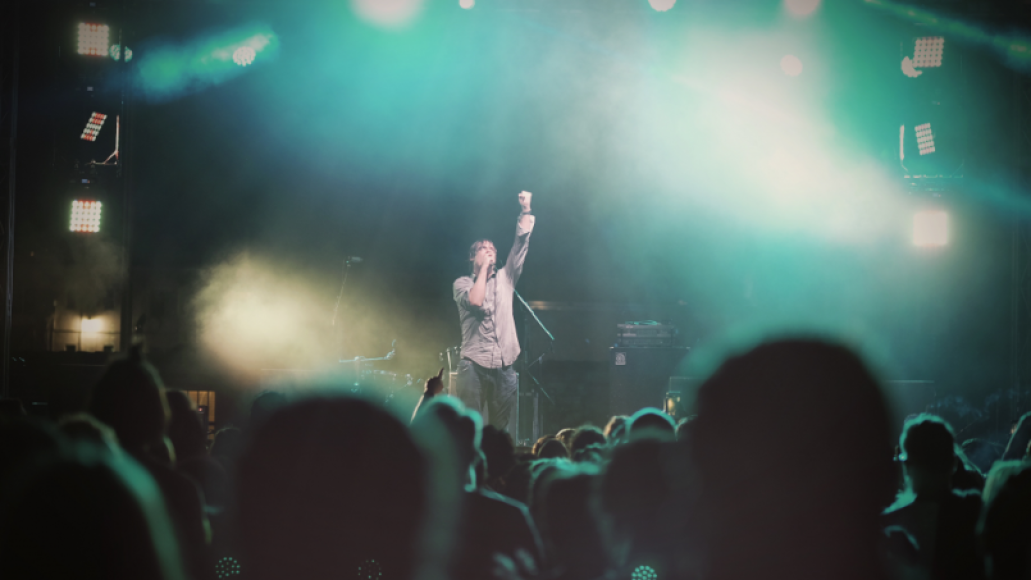 That One Performance: The literal left hook at III Points — and no doubt one of the many gems of Saturday night — was John Maus‘ abrasive and vitriolic set. All throughout his performance, the political science doctorate and former philosophy teacher violently hit himself, screamed in rapid roars, and prowled the stage with animalistic fury. Who knows what the hell was going through his mind, but as South Floridians, we recognized that frustration all too well.

Between our oversaturated streets, our broken highways, and our clogged turnpikes, we live in an urban sprawl of chaos, further complicated by Miami’s umpteenth wave of gentrification. So, it’s not unreasonable to tie Maus’ sordid ventilation to our own, especially given his academic background. This felt less like a performance and more like therapy. We screamed, we flailed, we felt alive amidst too many dead feelings. 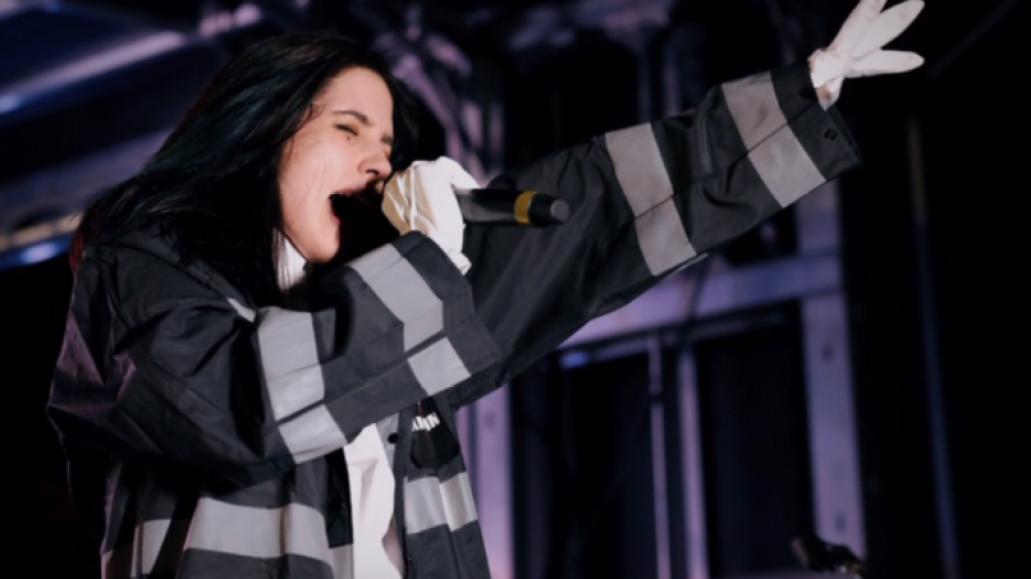 Don’t Believe the Hype: Over the years, Pussy Riot has been shedding a light on the fascist and oppressive atrocities that plague Russian culture. Through their myriad appearances, audiences have learned of the harsh, cruel, and psychotic world of subjectivity Pussy Riot and any artist within the Russian landscape have been experiencing on a daily basis. However, rhetoric can quickly vanish in any live performance, and Pussy Riot is no exception.

Arriving to set 30 minutes late, mocking their instruments with minimal effort, and leaning heavily on a backing track were but a few fumbles during their appearance at III Points, swallowing their message like a black hole. We’re not going to get all Indy Jones on you and say these messages belong in a museum, but if they’re to work in a live setting, there needs to be a little more effort, none of which was displayed for Miami. 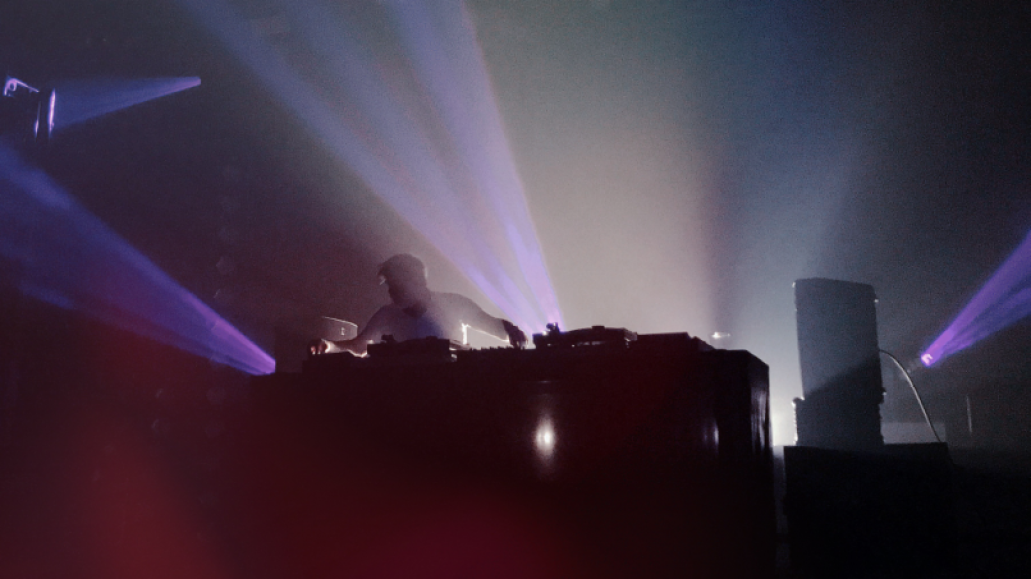 The Best of the Tiny Fonts: In the early aughts, New York had James Murphy. He was that guy who dove into every record bin that the city had to offer, who would then take these diamonds from the rough to DJ sets littered about Brooklyn and the greater New York area. The intention was to educate his captive audiences, showing them what was truly relevant within larger pop culture and the subcultures that created it all. “Fuck the radio— these are the hits” would be a good sum up to his mentality behind the decks, all of which he brought to III Points on Saturday night.

However, while New York has long had an icon like James Murphy. Miami is building up their own with Travis Acker, otherwise known as ACKDADDY. If you’re a local to the Miami area, you will no doubt find Travis deep diving into bins, crates, and shelves of any and all kinds of record stores within the South Florida area. ACKDADDY does this to create the most enticing musical landscape your body cannot deny, corrupting you with flavors of soul, jazz, and funk. Rather appropriately, he was tasked to open the festival, starting everyone’s vibes off just right. 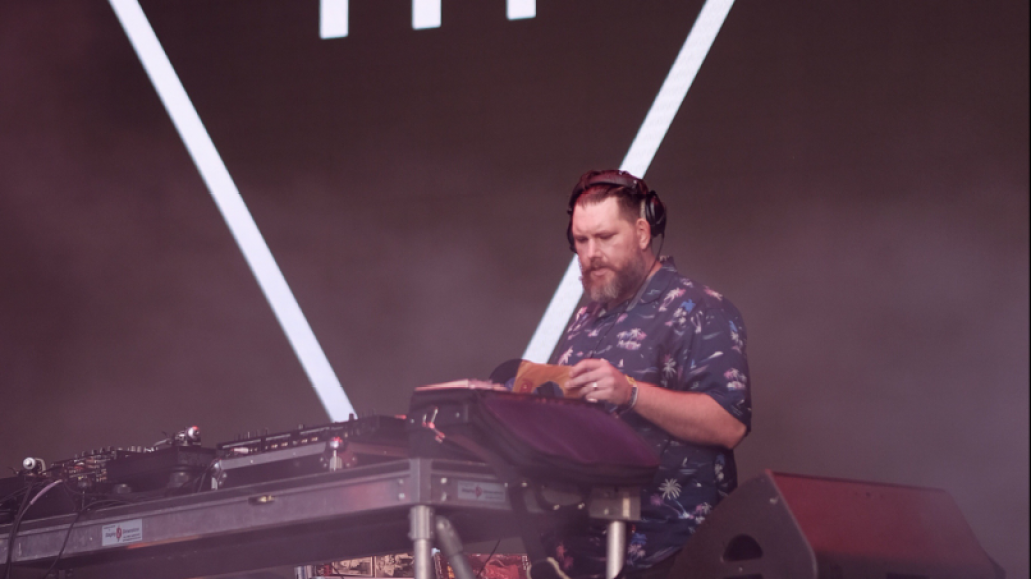 Festival Fashionista: If we’re being honest, Blood Orange‘s entire getup deserves this award. Hell, SZA’s shoes could run away with this superlative all by their lonesome. However, let’s consider South Florida as a whole in this equation for just a moment. Is Miami not one of the most prominent fashion capitals in North America? Did Versace not make Miami his home? All rhetorical questions. Truth be told, it’s nearly impossible to single out the most fashionable at III Points as everyone came prepared.

From the courage and confidence of the Fetish Factory demographic to the sharply dressed groomsmen and bridesmaids from across the street, it was overwhelming. Even so, very few will dispute that this year’s III Points Festival Fashionista goes to the Fashion troop seen below. With their ever-diverse lineup and the love and inclusivity for each other’s style made them the group everyone wanted to emulate. They were the cool kids table in the cafeteria. Keep that shit up y’all. Also, can we be your friends? 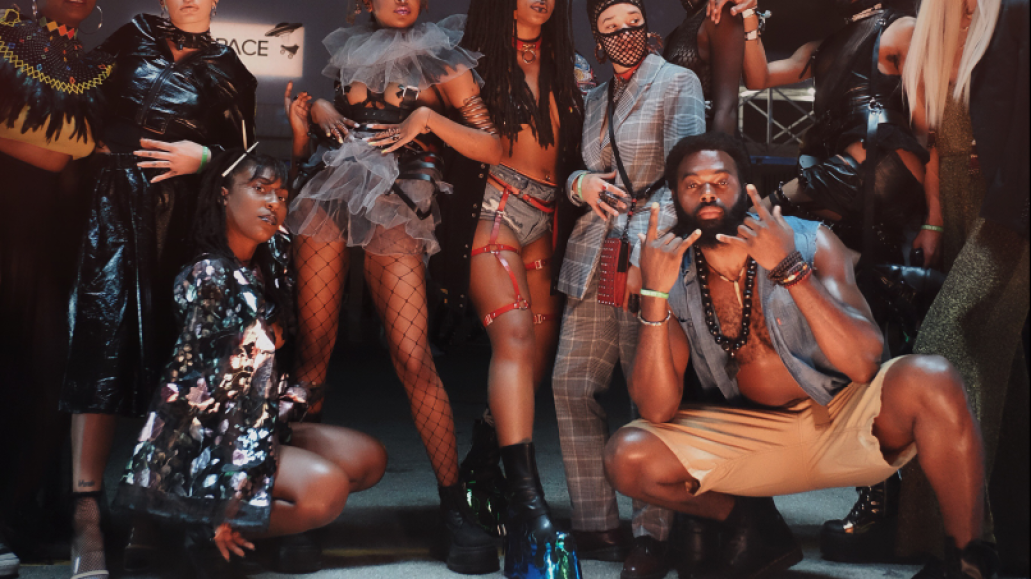 Coming Home: Art should not be easy; it should be a challenge. It should wrack your brain over and over again on wit’s end, cultivating a kind of madness that refuses to compromise and an experience that is absolutely timeless. Pop culture has seen this countless times over the years, and III Points is quickly becoming one such example.

Creating a music festival is no easy feat. Most fold and go bankrupt, while others toss in the towel before they even have the opportunity to become a reality. (And by now everyone’s seen the two Fyre Festival documentaries.)

Six years later, III Points has gone from niche to necessary within the overall festival circuit, while also becoming a mainstay in the tumultuous South Florida market. It’s a festival that means more than its music and art, it’s a festival that gives life and identity to its very destination. That’s quite a canvas to marvel.

In Loving Memory of Lauren Perlstein 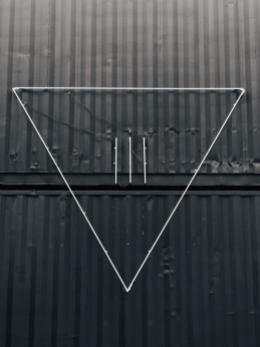 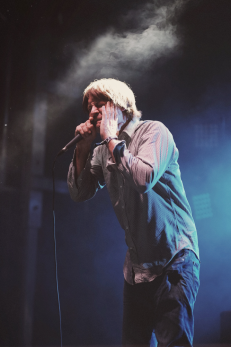 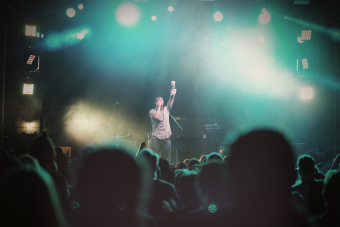 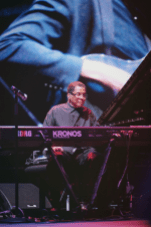 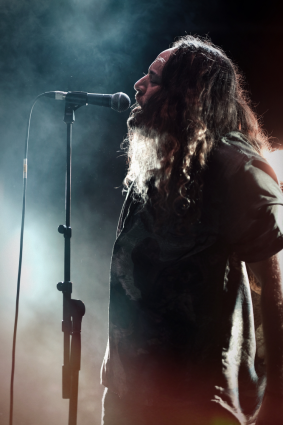 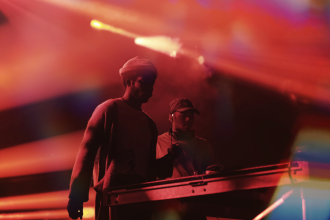 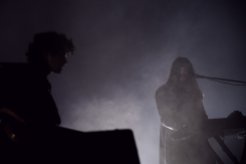 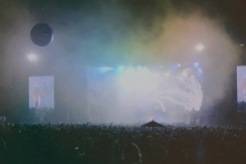