Understandably, opening for AC/DC must be an incredibly tough proposition. Because let’s be honest — how do you compete with Angus and the boys, and their setlist that is front-to-back chockful of classic rock anthems?

But during AC/DC’s tour in support of their mega-selling The Razor’s Edge circa 1990-1991, the Texas trio King’s X were given the nod for dates in both the United States and in Europe, while promoting their Faith Hope Love album (which spawned one of their biggest hits, “It’s Love”).

And while it was particularly hard at times, it certainly sounds as if King’s X left an impression on the sometimes unforgiving crowd, and won them over, as the band recalled in the excerpt below from my latest book, King’s X: The Oral History:

Jerry Gaskill (King’s X singer/drummer): Then we did a US tour opening for AC/DC, which was truly incredible. Every single night I watched those guys play. And every single night they were incredible. I remember when Sam Taylor came to us and said, ‘Hey, we’ve got the AC/DC tour!’ It almost didn’t feel real at first. At the same time, in that period of our career, things were moving so fast and so upward, that it almost seemed natural that we would do that. Everything was happening, and the tour with AC/DC was like the cherry on the top. It was almost like the next natural progression. Those guys were so nice — they were so kind to us.

They took us out to dinner one night in Europe. We were in Hamburg. It was all the guys in the band, and Angus Young’s wife. I remember they sent a car — it was a really nice Mercedes — and we got on the Autobahn. I wasn’t familiar with the Autobahn at the time. The first time I’d been there, and we get on, and all of a sudden, the driver is going so fast, I started freaking out. I looked at Ty — who I was sitting next to — and said, “Ty … are we not going a little bit fast?” And he goes, “Yeah! I think we are!”

I had to lean up and talk to the driver, and say, “Excuse me, sir, but are we not going a little fast?” And then he explained to me the whole system and how it works. There is no speed limit, and how they signal and they understand. So, I was able to relax. And he told me that we were going 140 miles an hour. And then we got to the place, had dinner, Angus told all kinds of great stories, and Brian Johnson was telling jokes. It was incredible. A really, really beautiful time. The whole tour was like that.

Doug Pinnick (King’s X singer/bassist): Probably one of the best times of my life was touring with AC/DC. One of my favorite bands in the whole world. I would watch them every night and they were amazing. We got to hang out with them, and got to play a song at soundcheck with Brian and Chris [Slade] — the drummer at the time — when the bass player [Cliff Williams], Angus, and Malcolm Young didn’t show up. So, I don’t know if anybody can say they got to jam with AC/DC … but I did, sort of!

I call that tour the Rolls-Royce of touring — it was a top-of-the-line tour. We were treated like we were a part of it — tour bus, catering. It was so cool. And we thought, Wow, if this what it’s like, we can deal with this!

Ty Tabor (King’s X singer/guitarist): We had really not yet made a splash in Germany — at all. Nothing was really happening there … until we did a very extensive run through Germany with AC/DC. And, by the time we left Germany, our video [“It’s Love”] was actually above theirs on whatever the video playlist was at the time. I remember being surprised by that — that we finally had something catch on in Germany. And that changed everything for us in Germany — to this day. It was also the most difficult tour we’ve ever done in our lives, because when we got to Europe, to walk out in front of a stadium full of hardcore AC/DC fans that are — in unison — like an army, with their fists pumping, going, “ANGUS! ANGUS! ANGUS!” before you even come on, trying to intentionally drown out any chance of you even being heard. And they throw things at you — shoes, toilet plungers. But the worst thing is that they threw coins, and coins can break fingers. I remember getting hit in the hands with coins, and getting swollen fingers and swollen hands. And people booing. We’d step out onstage, and they’d turn their backs to us — “ANGUS! ANGUS! ANGUS!”

We got to Germany, and it was like nothing we’d ever seen — that kind of unified hatred and that unified vibe. We’d never seen humans act like that before. And not anywhere else since — it’s never happened again. But on that tour, before anybody knew who we were, it was the most hardcore thing I personally have ever experienced from a stage. Physical abuse and mental abuse — to be able to step out there, knowing what you were stepping out to each night, was brutal beyond words. I don’t think anyone can understand how brutal it can be until you’re put in that position and you have to humiliate yourself by doing it. But, that’s how the first three songs or so would be.

Here was our game plan — we were like, “We don’t care what we have to do, we’re going to have them cheering for us by the end of this show. We don’t care what we have to do.’ So, we started stepping out onstage, and we’re looking right down front, and whoever was shooting the bird to us or throwing objects at us, we would look right at them, smile, and point, and play a solo straight at them. And everybody around them would start looking at them, like, “What the hell is going on?” And, all of a sudden, people started paying attention. The next thing we know, everybody is turning around — and we were doing the same thing, every single night.

Like I said, it took about three songs of doing stuff. For instance, somebody threw a lighter at me one night — right as I stepped up to do my solo. So, I picked up the lighter, kept the solo going, I lit it, and lit my strings as I played the solo! And then I threw it right back at the dude as hard as I could — and people were fighting over it, all of a sudden. Everything we did made them turn around and pay attention. We were running up on the big side barrier things that we weren’t supposed to — that only Angus runs up on. I mean, we were owning the place, like, “This is my stinking show. You’re going to pay attention.”

And, like I said, it’s boos and getting pelted at first, but I kid you not, every single show, by the last song, we had the crowd on their feet, cheering for us. Every single show. So we knew, each time we stepped out, it was going to be the most brutal thing ever. We were going to face it night after night. But by God, by the end of the night, we were going to get them on their feet and pay attention. So, we laid down the heaviest, most energetic, show-off stuff that we could for the last ten minutes of the show. And it worked every time. Like I said, we left Germany with a video that actually went up over AC/DC, and we won over the place. And, ever since then, it’s been the #1 place for us to go in Europe.

AC/DC were super-cool. They treated us like we mattered, and we absolutely did not matter. We didn’t sell a ticket on that European tour, because, like I said, it was sold out before they even announced who was on the tour. We had nothing to do with it. They were gentlemen. It was a gift to us that they gave us, for the privilege to get to go out and try to win over their audience every night. That’s worth more money than you can possibly say. And they knew us all by name right off the bat — they did their homework — and gave us full sound, everything. No headlining band ever does that. They knew they had nothing to worry about, and they gave us everything to do our best. It just made the show better. Which, we never run into that in situations where we’re opening. That just doesn’t happen. They were as good as it gets.

There was one night on a night off when they sent drivers for us and drove us like a hundred kilometers away to meet them at some favorite little private pub they liked to hang out at, and bought us an amazing meal, sat around all night, talking and sharing books — we ended up buying books for each other on the tour! Talking about all kinds of stuff. Heavy stuff. It was an amazing, amazing tour. It was the best experience with a band — as far as opening for a headliner — we’ve ever had. 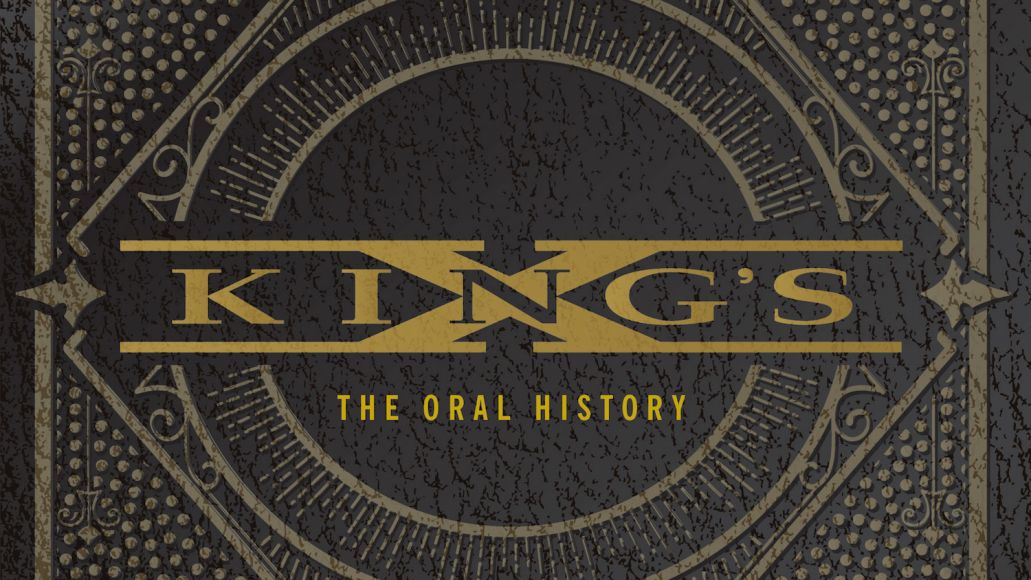