Lil Pump has finally unveiled his new album, Harverd Dropout. Stream it in full below via Apple Music or Spotify.

The much-delayed, long-awaited effort follows Lil Pump’s self-titled LP from 2017. It spans 16 tracks, including early teaser singles in the controversial “Butterfly Doors”, the absurd Kanye West collaboration “I Love It”, and “Racks on Racks”. Portishead’s Geoff Barrow has condemned Lil Pump for the latter track, accusing the rapper of stealing one of his samples without his permission.

The album’s release comes amidst a long list of legal woes and drama for Lil Peep, including an arrest for disorderly conduct and a concert evacuation. Original plans for a supporting “Harverd Dropout Tour” have also been canceled as a result, but the MC is scheduled to appear at Coachella, where he, Gucci Mane, and Smokepurpp are expected to debut their new collaboration under the name “Gucci Gang”. Lil Pump is also playing Miami’s Rolling Loud Festival. 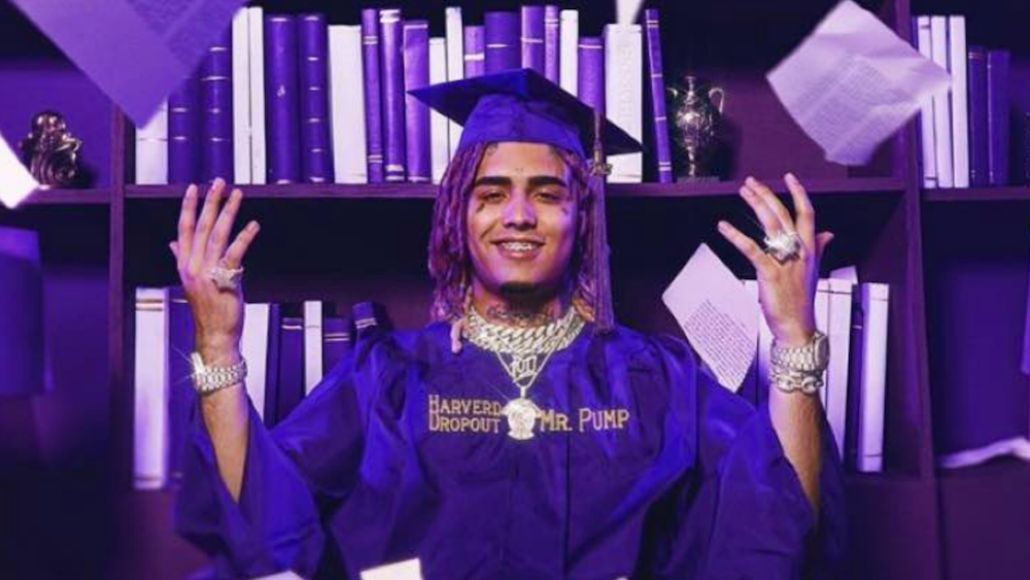