One person who isn’t seeing Cold Pursuit this weekend is Lily Allen. The English pop star slammed Liam Neeson on Tuesday night for his recent controversial remarks by dedicating her 2009 hit single “Fuck You” to the blockbuster star.

“Normally, I dedicate this song to Donald Trump,” she told the crowd in Sydney, Australia, “but tonight I’m dedicating it to Liam Neeson.” The song features incendiary lyrics such as: “You’re just some racist who can’t tie my laces. Your point of view is medieval.“ Watch video of the performance here.

Allen extrapolated on her feelings in a subsequent Instagram Story: “I don’t believe Liam Neeson’s racist anecdote, which makes it even more disgusting. I don’t know a woman who hasn’t been harassed and I have never heard of an instance where a man has actually gone out to defend her honor. It just doesn’t happen.” 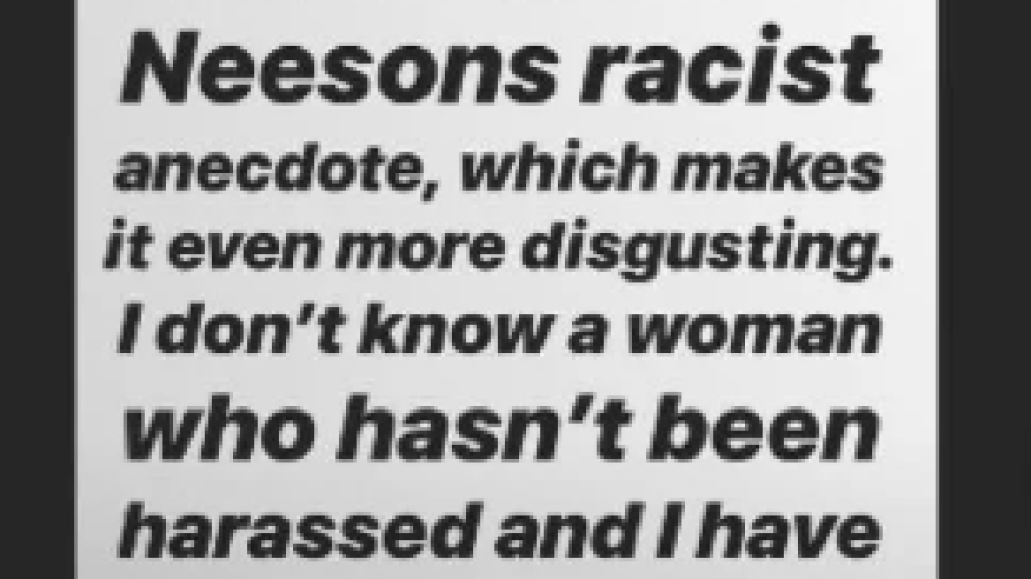 In an interview earlier this week, Neeson relayed a troubling anecdote about a past incident in his life. Asked how he tapped into the need for revenge felt by his character in Cold Pursuit, he recalled an incident 40 years prior when a female friend was brutally raped. After learning the alleged rapist was black, Neeson said he “went up and down areas with a cosh, hoping I’d be approached by somebody – I’m ashamed to say that – and I did it for maybe a week, hoping some [Neeson gestures air quotes with his fingers] ‘black bastard’ would come out of a pub and have a go at me about something, you know? So that I could… kill him.”

On Tuesday, Neeson appeared on Good Morning America in an attempt to clarify his remarks. “I’m not racist. This was nearly 40 years ago,” he insisted, adding, “We all pretend we’re all politically correct. In this country — it’s the same in my own country too — you sometimes just scratch the surface and you discover this racism and bigotry. And it’s there.”

Since then, the New York City red carpet premiere of Cold Pursuit has been cancelled. The film serves as a remake of the 2014 Norwegian film, In Order of Disappearance, and finds Neeson playing a snowplower seeking revenge for the murder of his son.

Lily Allen dedicates "F*ck You" to Liam Neeson: "Normally, I dedicate this song to Donald Trump"