Setting the Stage: Four of the American South’s finest heavy bands gathered at Manhattan’s Gramercy Theatre on Wednesday night (February 13th) for a night of massive riffs and sludge-filled doom. This bill was curated particularly well, traversing the breadth of the region’s heavy metal underground: Mothership bringing beer-soaked Texan rock ‘n roll; Crowbar of the legendary NOLA metal scene; and Weedeater and Corrosion of Conformity representing the stoner doom of the Southeast.

With each band so vividly channeling their regional influences (particularly the dirty blues of ZZ Top in the case of Mothership and Corrosion of Conformity), the music offered the transportive experience of bringing the heavy southern sound to the cloistered cityscape of Manhattan. Inside the venue, the vibe was swampy and deep fried, filled with dudes in black hoodies with long, unkempt beards. Not often does this particular contingent of heavy southern bands play NYC, especially on the same bill, and the concert served as a cultish gathering for those who proudly worship at the altar of bands like Down, Eyehategod, and the night’s headliner, Corrosion of Conformity.

Taking the Stage: Mothership opened with a short 20-minute set, winding up the crowd with their highway hard rock. Despite only playing five songs, they made the most of their time as guitarist Kelley Juett prowled the stage, wearing joyful facial expressions and sticking his tongue out Gene Simmons-style. Their closing track, “Angel of Death” (not the Slayer song), was a highlight, the crowd having filled out over the course of their set. Juett ripped off a series of excellent solos before the band bid farewell, hoisting their Tecate tallboys.

Weedeater overcame a visibly nerve-wracking soundcheck (Dixie Dave Collins was losing his bass signal and visibly pissed) and powered through on their final date of the tour. After smashing his guitar pedal with his fist, Dave’s signal returned and the band launched into “God Luck and Good Speed” and a thrilling version of the instrumental “Wizard Fight”. Both songs resonated, Dave venting his earlier frustrations and losing himself in his bass lines. He became unhinged, jittering around the stage, even behind the curtain at one point — literally moving with the music. It was a hard night for Weedeater; after their set, the band had to load out through the thick crowd that had since gathered. “We’re doing work here,” Dave shouted as he hauled his bass cab through a crowd of unruly drinkers. “We’re working, just like y’all tomorrow.”

The raising of a giant Crowbar banner signaled the appearance of NOLA’s sludge rock vets. Guitarist and vocalist Kirk Windstein apologized for having a cold: “I’m gonna drink some of that syrup later and sleep for days.” His acerbic snarls perhaps weren’t as sharp as he’d have liked, but it was hard to tell from crowd’s perspective. He sounded strong as the band ran through crushing versions of “Cemetery Angels”, “Walk With Knowledge Wisely”, and “To Carry the Load”. Windstein held an affable banter with the audience throughout the set. “This one is dedicated to all of you,” he said. “Thanks for supporting live music.” They closed with the grooving “Like Broken Glass” as the audience headbanged in cadence.

By now, the crowd was sauced on beer and eager to see Corrosion of Conformity with Pepper Keenan back on vocals on and guitar (a return to the Deliverance days). People in the pit were singing to the ZZ Top and Judas Priest songs that preceded the set, fitting intro music for the brand of Southern-tinged doom metal of Keenan-era CoC. The band opened with “Stonebreaker” and “Wiseblood” — staples on their recent setlists. Their tone was huge and warm, pushing a stadium-level sound without it being too harsh or overbearing; Keenan’s patented overdrive cut through the mix. On stage, the band’s physical movement was symbiotic, with bassist Mike Dean and O.G. CoC member and guitarist Woody Weatherman commanding the stage as they have for over 30 years. “Y’all want to hear a deep cut or a classic?” Keenan asked midway through the set. “Deep cut? So it’s gonna be that kind of night,” he said before the band knocked back “Born Again for the Last Time”.

It was an indicative moment, the band playing a lively and energetic set to an equally receptive audience of hardcore followers. By the end, the venue was crammed and boisterous. For fans of sludge metal, it felt like a celebration of the genre and a rare moment to catch its heaviest purveyors on one ticket. As concertgoers departed the venue onto 23rd Street, many could be seen carrying shirts, records, and posters: souvenirs of the night the heaviest bands in the South gathered in NYC.

Photos of Corrosion of Conformity, Crowbar, Weedeater, and Mothership in NYC: 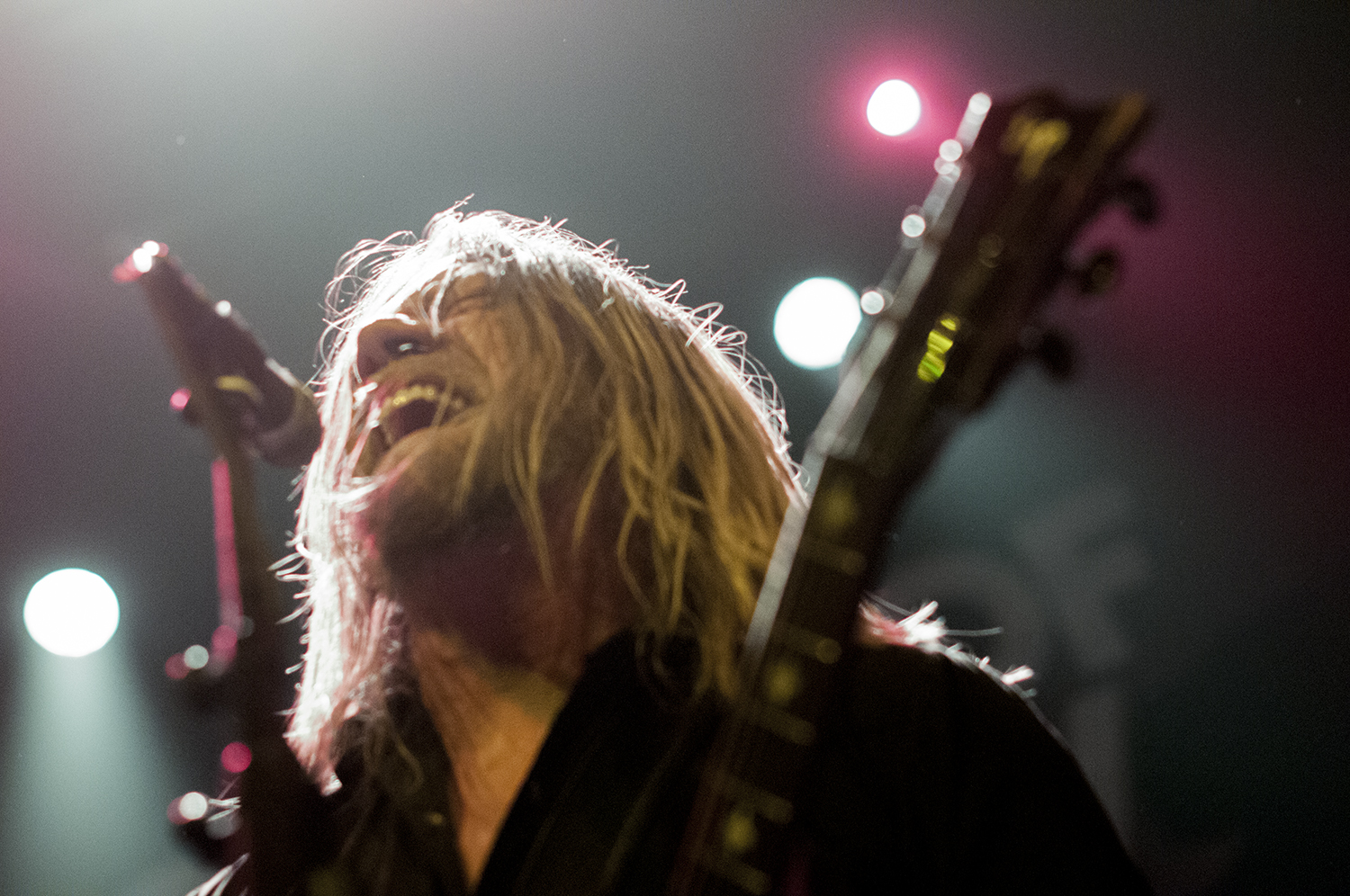 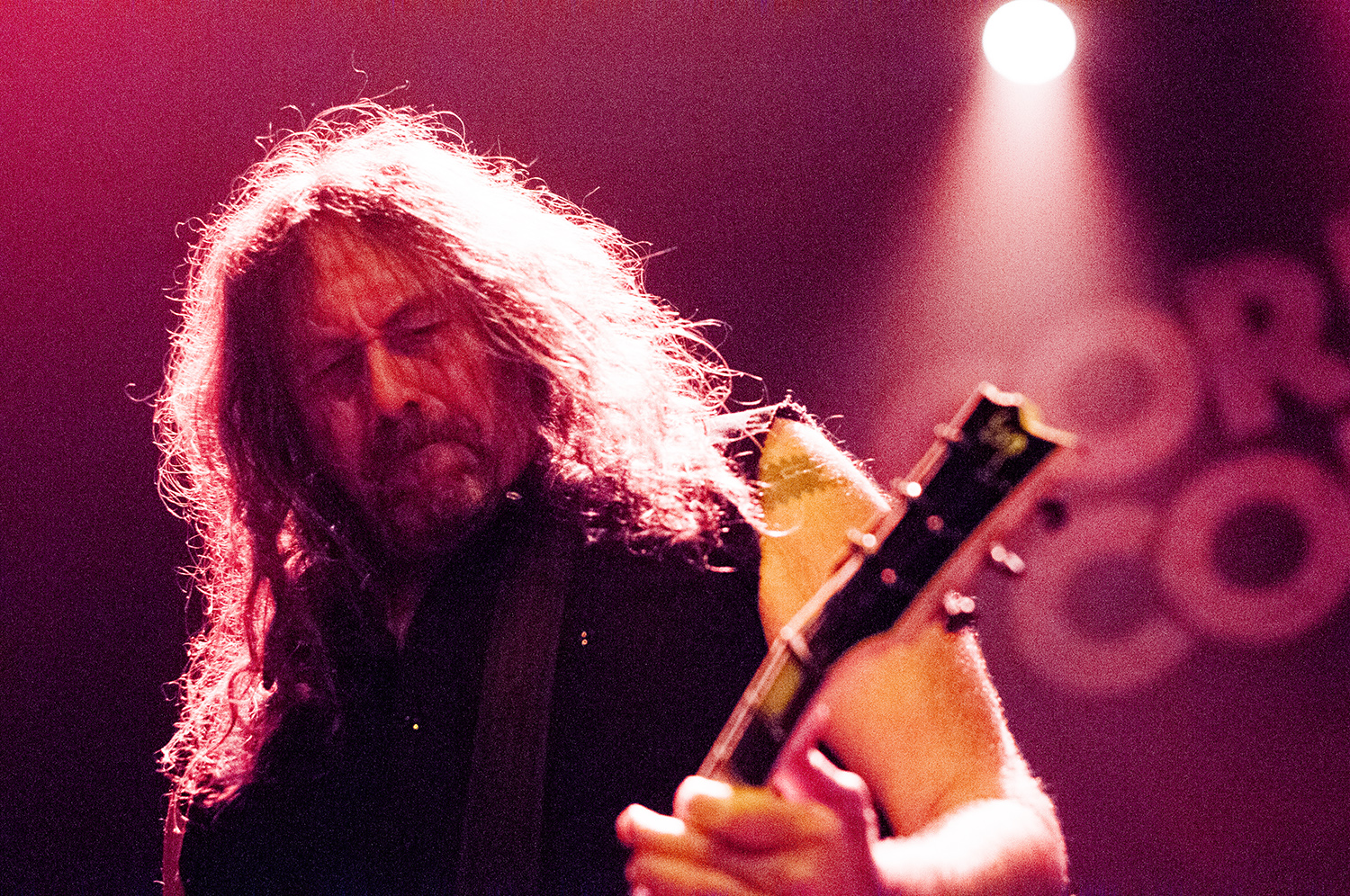 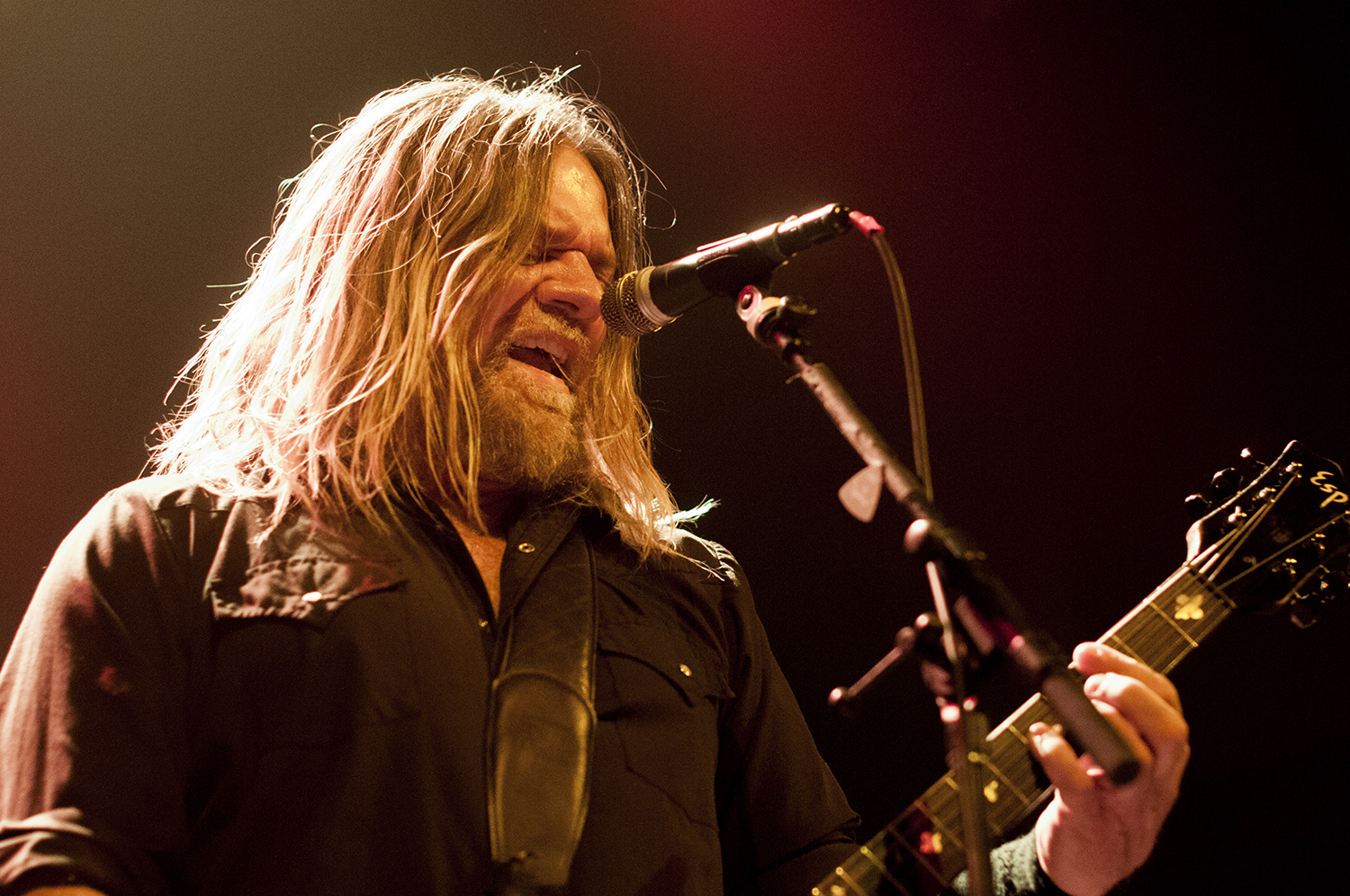 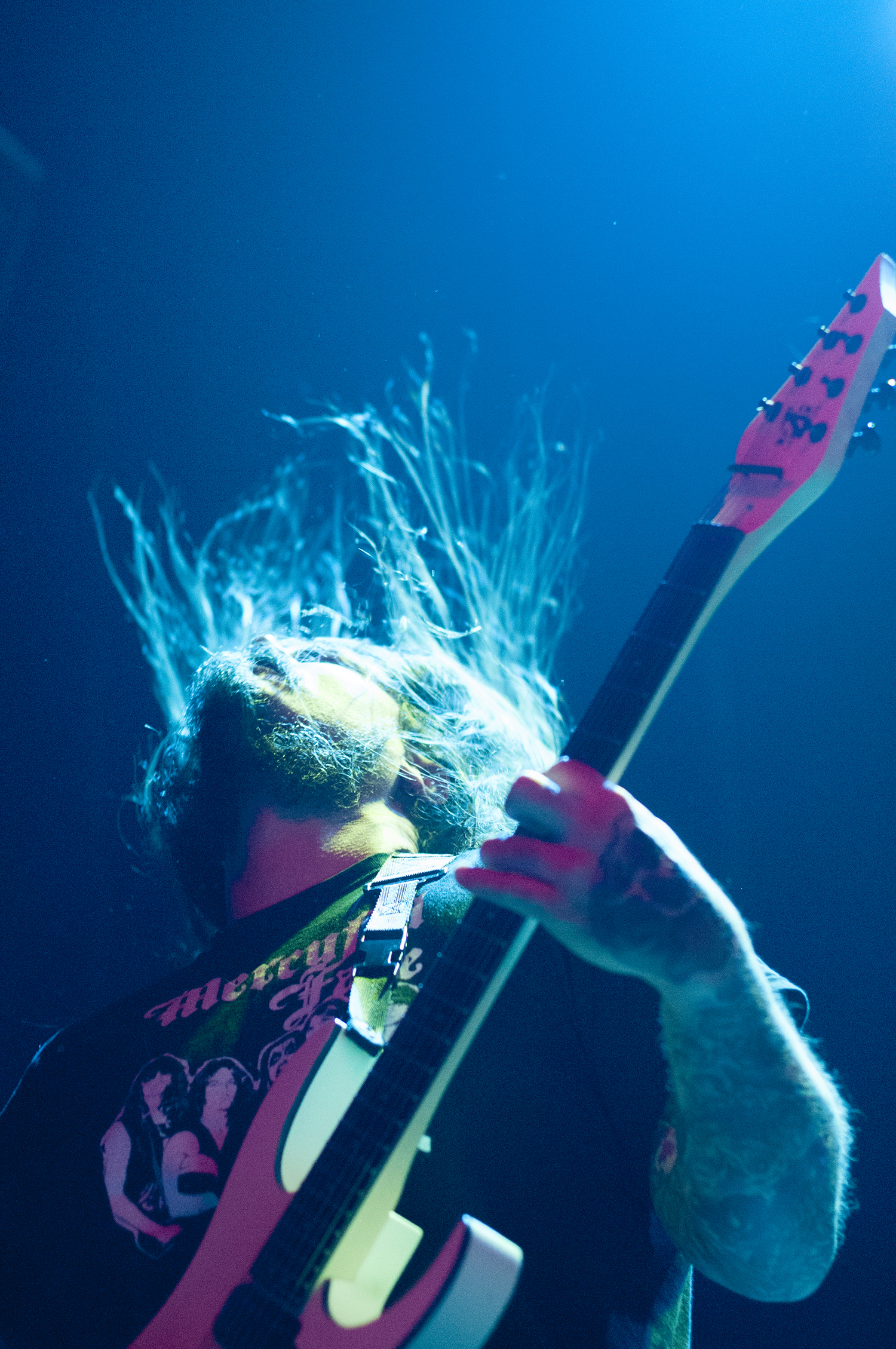 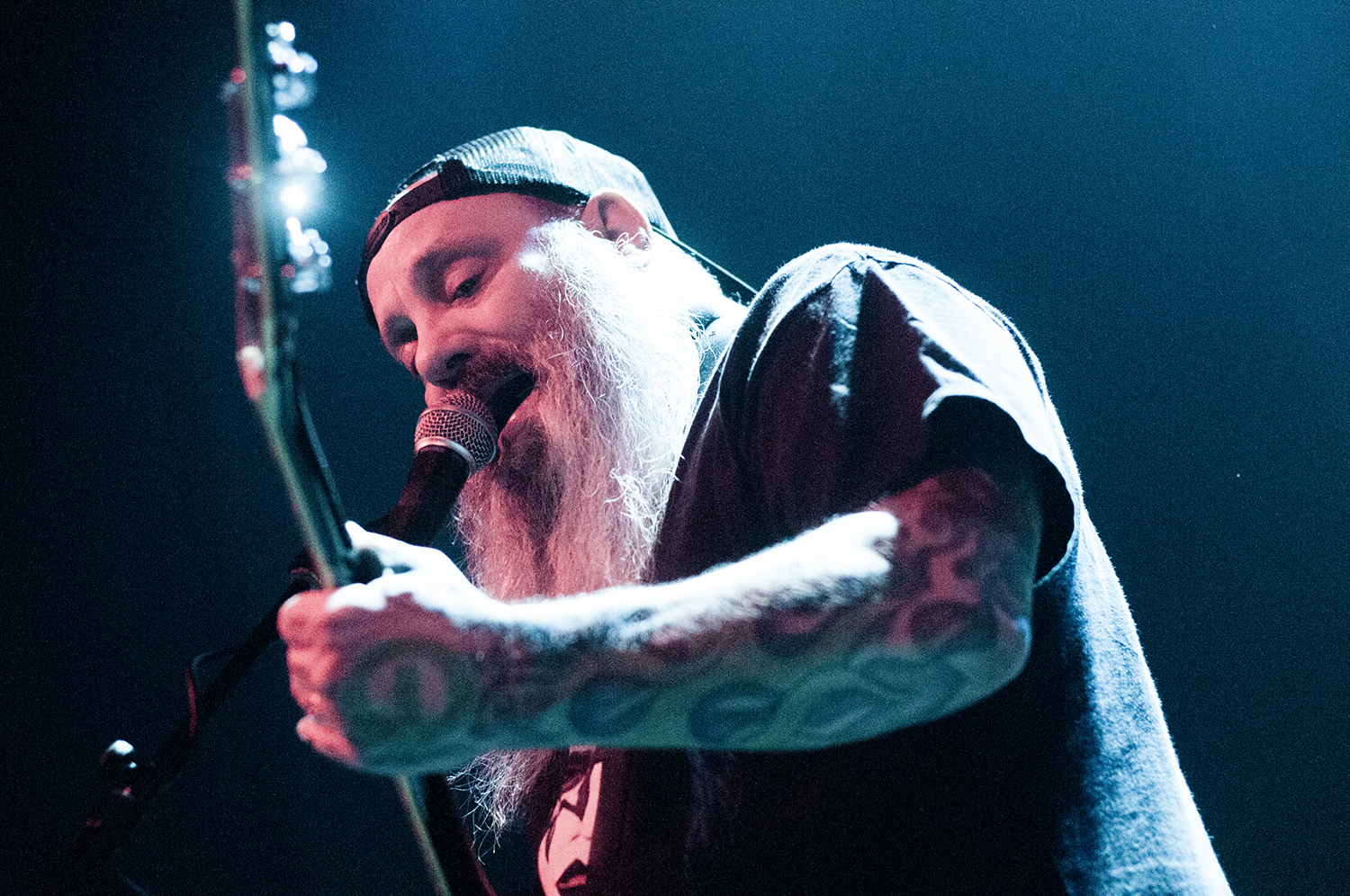 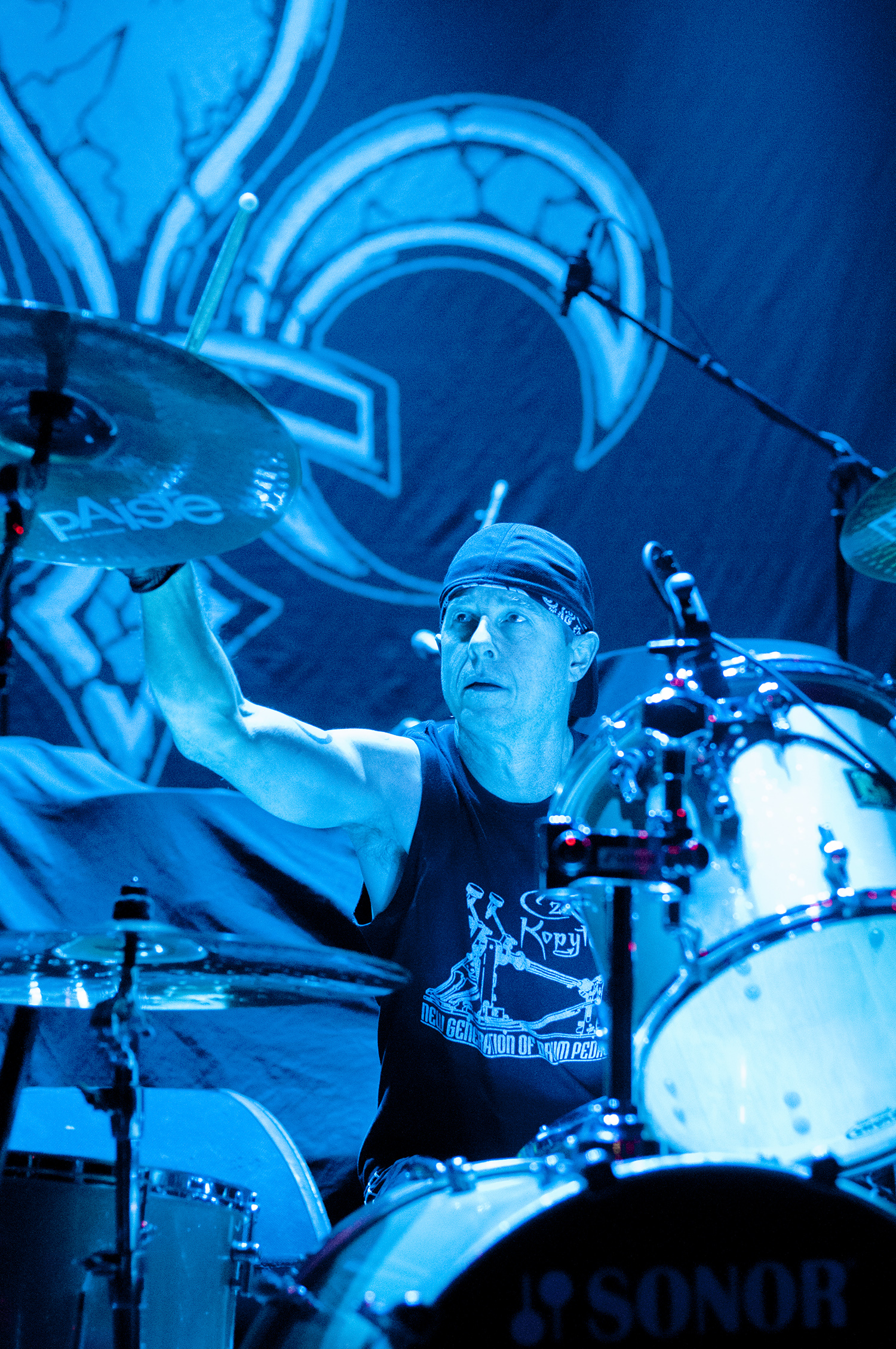 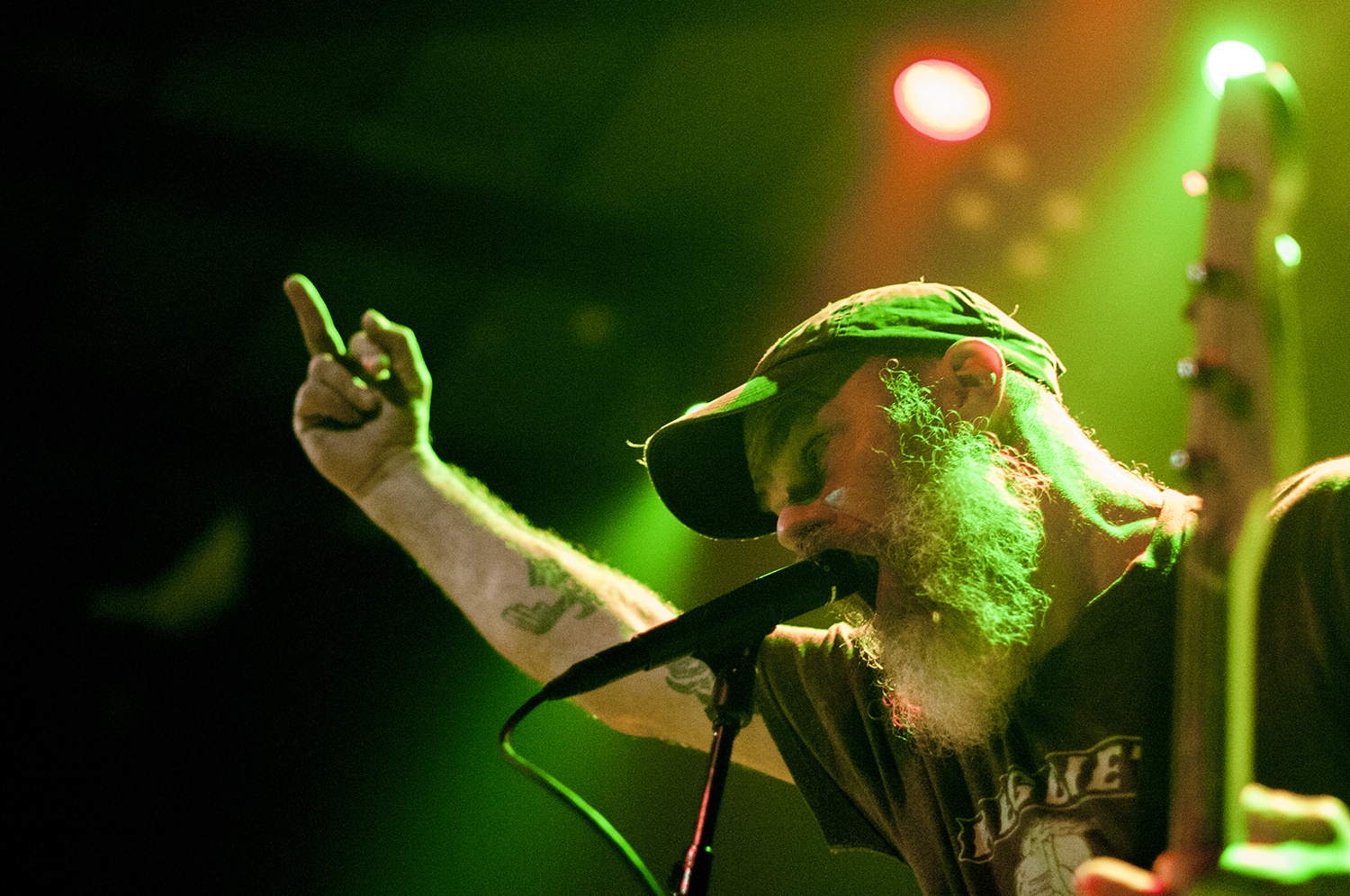 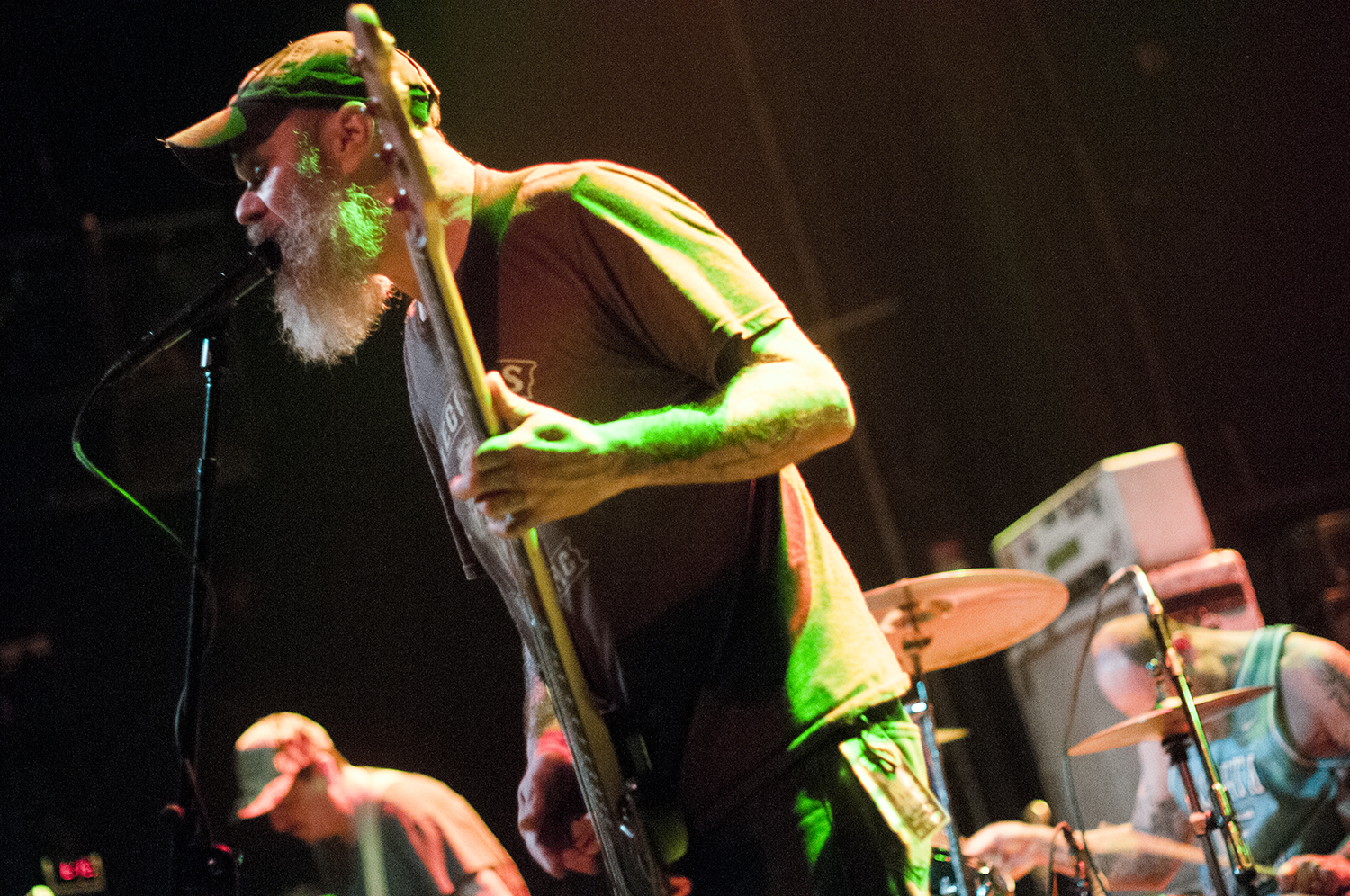 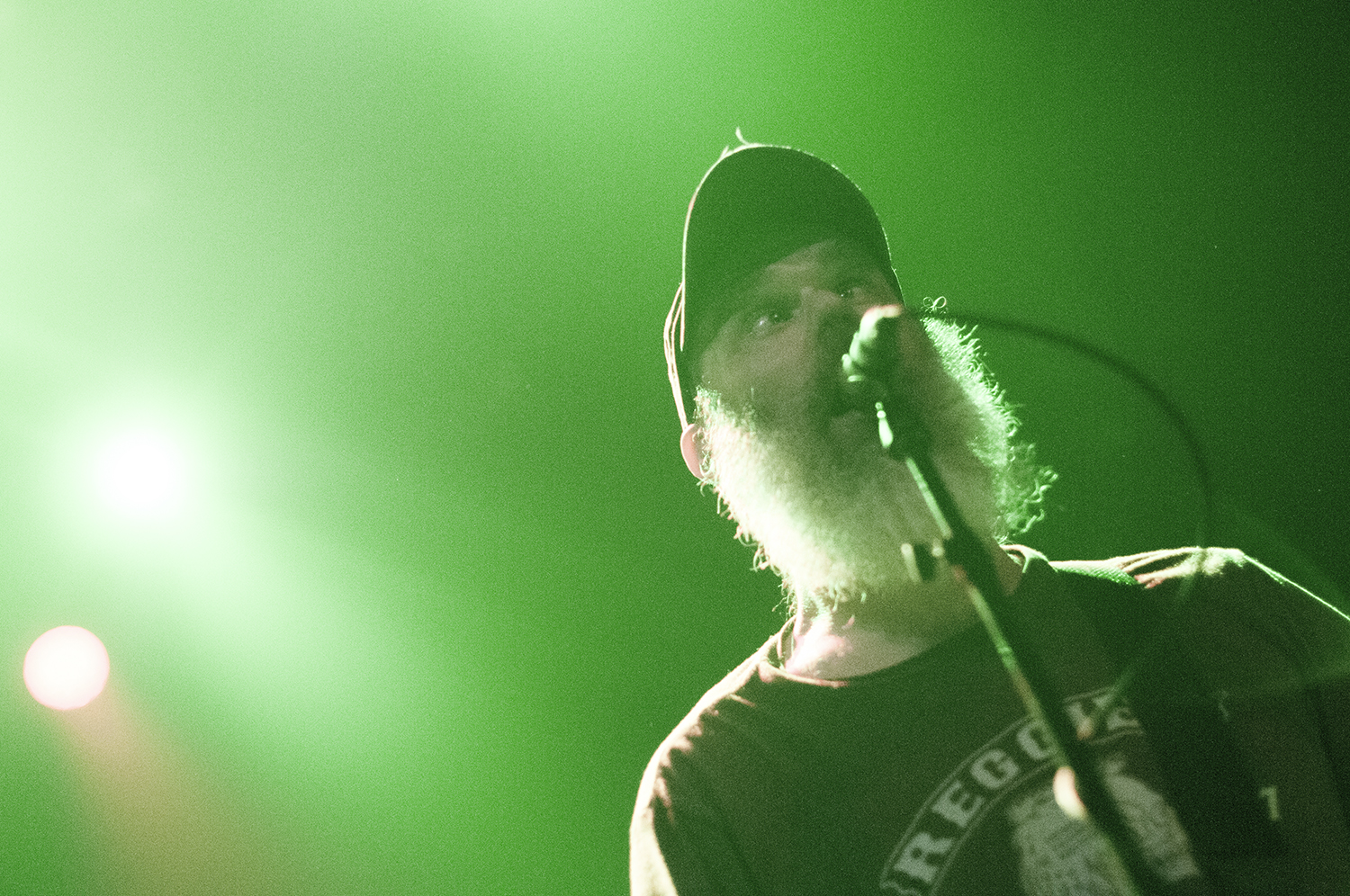 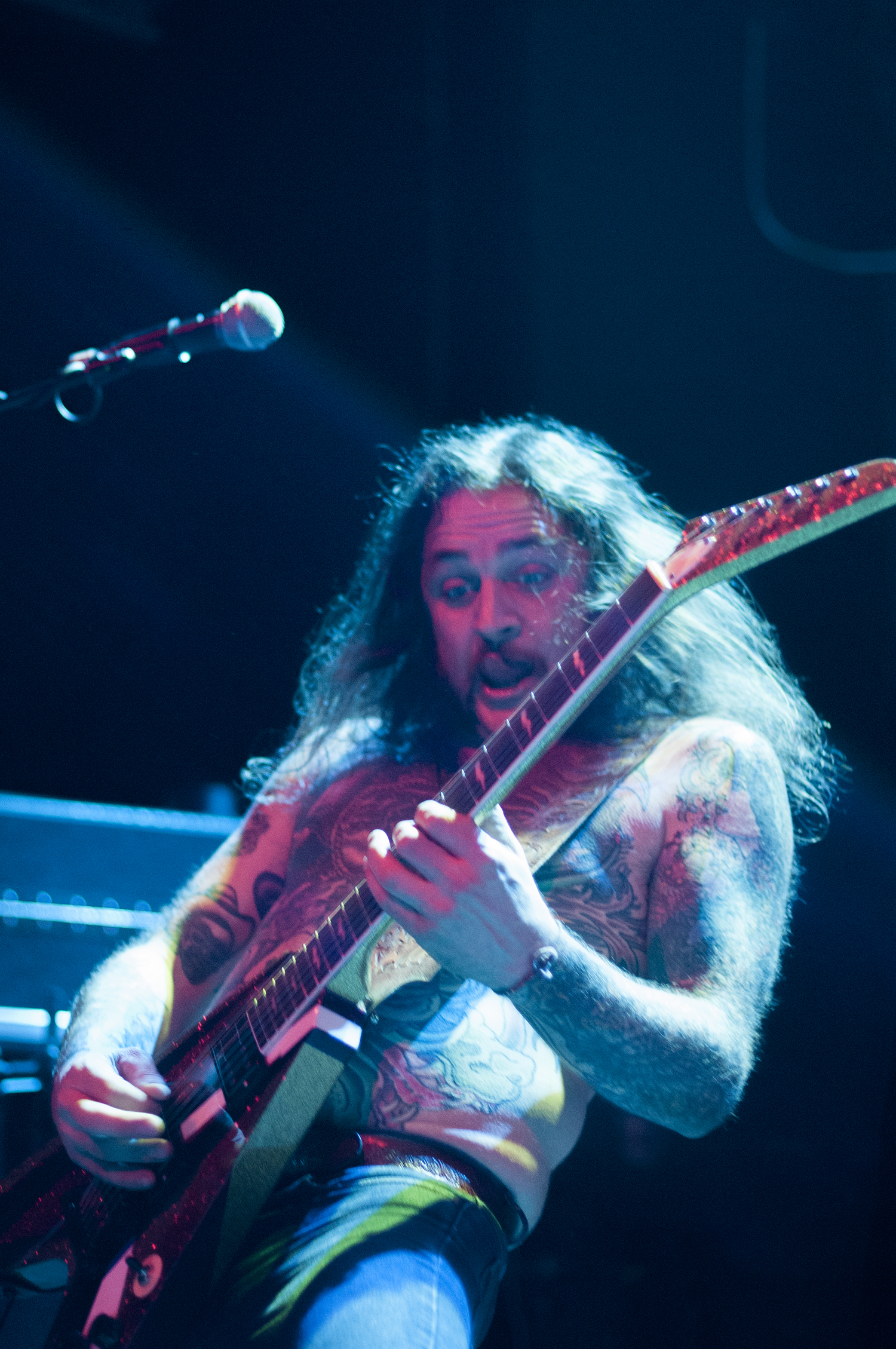 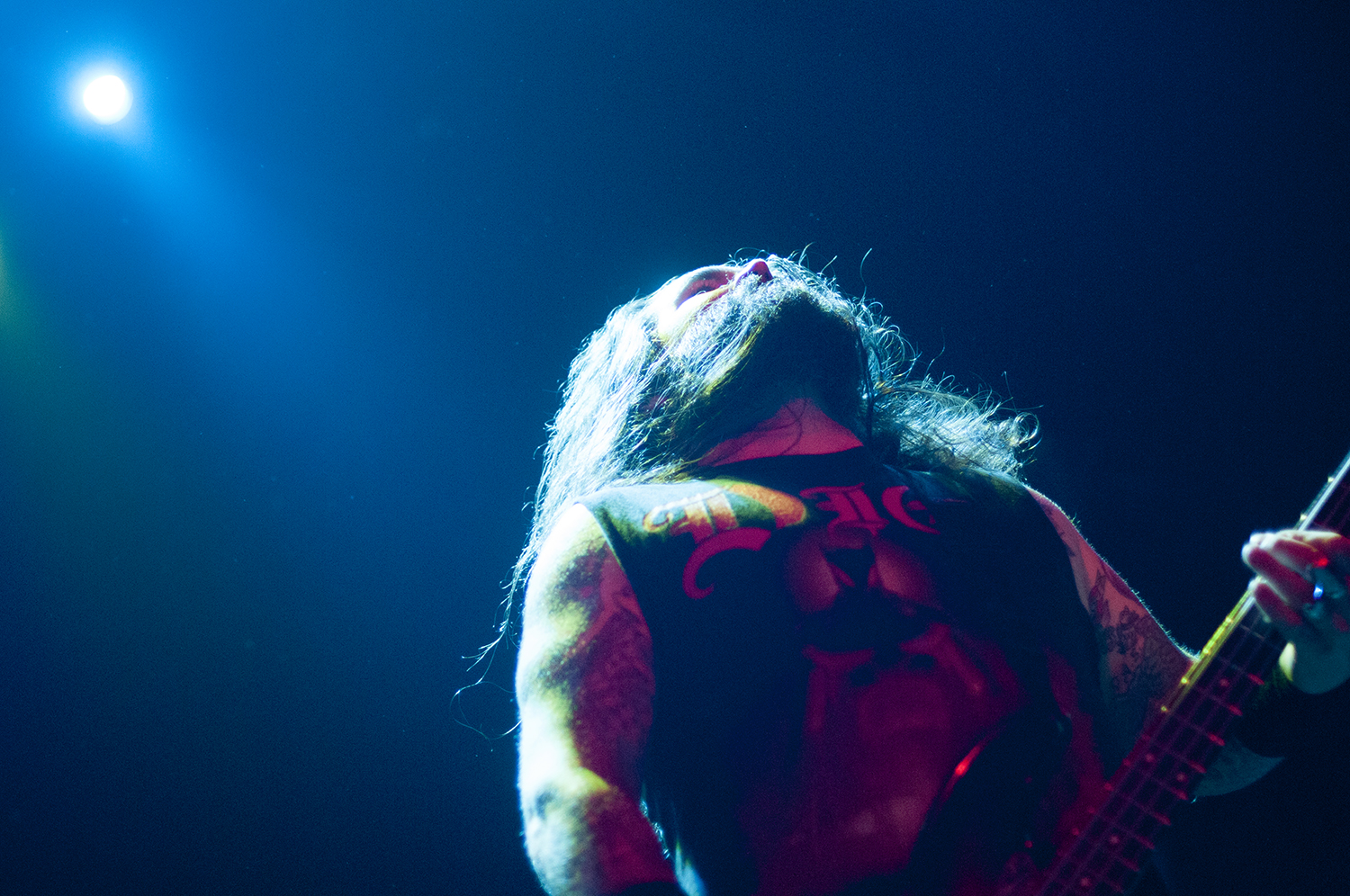 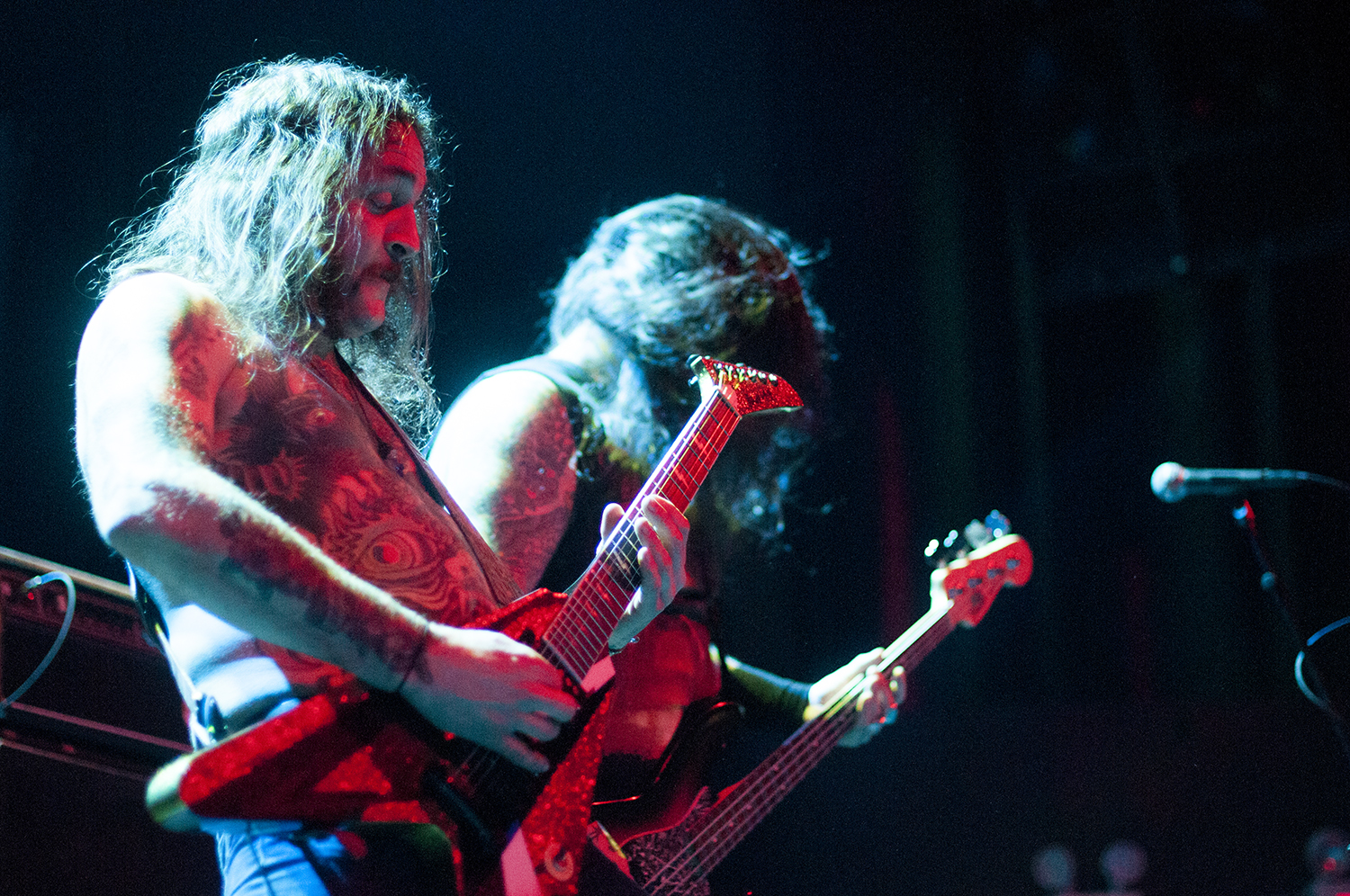