Track by Track is a new music feature in which we task artists with breaking down each song on their latest full-length effort Track By Track.

The coming-of-age story is a tale as old as time. It’s also one of the more affecting tropes in literature. Reason being, growth is a palpable feeling, something we all have to contend with as human beings, be it the loss of innocence or the sobering stroll towards death. For Methyl Ethel’s Jake Webb, the coming-of-age story came to inform the third album with his CoSigned moniker, Triage.

Alone in his West Perth home studio, Webb reflected on his past two records — 2015’s Oh Inhuman Spectacle and 2017’s Everything Is Forgotten — and tasked himself to write “an album to be heard, not as an outlet for personal grievances.” What came to fruition is a confession “about living with secrets,” which he says “cause the problems” that lead to “a triage of truths to maintain an artifice.”

Written, produced, and performed entirely by Webb, Triage offers a sense of closure for the insightful singer-songwriter, who comes full circle on a number of personal themes, particularly his intimate connections to self-imposed isolation. It’s an intense breakthrough for the artist that you can hear in the album’s nine surrealist tracks, all of which you can currently listen to below via 4AD.

For more insight into Triage and the songs therein, Webb has broken down the record Track by Track.

“Ruiner”:
“Ruiner” was really fun to work on. I went pretty deep on the guitar and vocal harmonies. I think the drum groove I play on “Ruiner” is the first-ever shuffle that I’ve recorded myself playing. Not a big deal? I’m pretty strict on my drums, I like it simple and straight. “Ruiner” gets a bit Marilyn Manson a la “The Beautiful People”.

“Scream Whole”:
I have a little keyboard that I can record loops into. I used it a lot when writing for Triage. The whole intro harpsichord/organ part that makes up the majority of what the song is, was reverse engineered from one of these little keyboard loop memos. Similarly, I wrote the bridge on the same keyboard whilst in a green room of some rural festival in Victoria. Handy little piece of equipment. That and a moleskin … and iPhone voice memos. 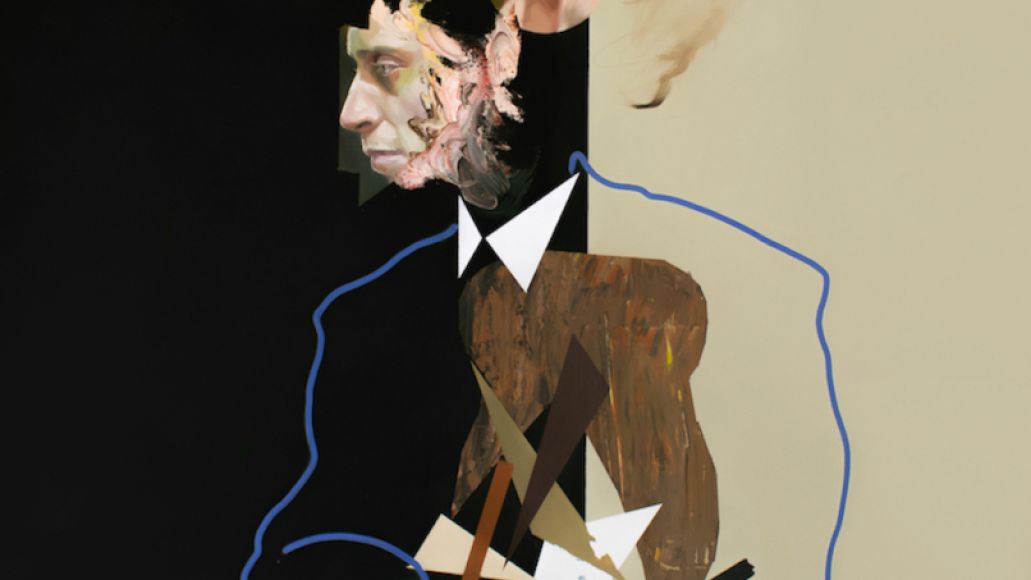 “All the Elements”:
I returned to an old oblique strategy of mine for this one. Nothing groundbreaking, just tuning a guitar to something weird. I also set myself the challenge of writing everything before even touching a computer. It was written by lunchtime I think. I remember getting a little carried away with the string section.

“Trip the Mains”:
I was messing around with chords, sliding up to them via the pitch wheel on my Prophet 6. It’s one of those things that makes me laugh out loud to hear but is kind of perfect in a song. I suppose anything that gets me excited and feels like a fresh idea is always useful. To counteract the slightly ostentatious synth stabs, I recorded these woozy, Kevin Shields guitars. It brought the song back in line a bit. I blew it out again with that guitar hook. I like it though.

“Post-Blue”:
This song is by far the oldest on the record. I revived it not long after finishing my second album. Apart from guitars and maybe the synth bass, the whole lot was recorded in the 4AD studio in London. Listen carefully for the bark of dog provided by great pals and bandmates Thom Stewart and Chris Wright. From memory, the vocal take that made the cut is from a boozy evening spent alone in said studio. Perhaps even early morning. No-one called the cops.

“Real Tight”:
“Real Tight” dates back to around 2016. I was making a lot of squelchy loops around then. This one had a great asymmetry about it. I put a straight groove over the top with a really crappy sounding drum machine and it all just clicked. The whole melody just arrived freestyle and it basically didn’t change too much after that.

“Hip Horror”:
“Hip Horror” was a struggle for me. It had something special that I really wanted to see through, but I just couldn’t get it there. It went through a huge amount of changes. In the end, the rhythm section did it. Marta Salogni really likes this one, she got me to do some harmonies on it in London when we were mixing. I’m glad it made it onto to the album, I’ve given up on so many songs. This one showed me how it can all be turned around.

“What About the Thirty-Seven Degrees?”:
I think the conversation that spawned the song’s title was something about, “When it’s hot and you’re lying with someone in bed, what happens with the core body temperature of the people? Do you multiply it, etc.?” A dumb question/conversation, I know, but a cute thought nonetheless. I’m also quite fond of writing about temperature.

“No Fighting”:
It’s true that I mostly write music on a piano. But “No Fighting” and “All The Elements” were definitely written on guitar, and away from a computer or tape machine. I think my grand idea when working on the whole album was that a great song can be reduced down to melody and chords, maybe even just melody, and still be great. So, in hindsight, this is how I began most often with the songs that make up Triage. Back to sitting cross-legged on the floor playing guitar and singing. Not exactly the future of music production, but for me, a return to where it all began. This is exactly the image of how I wrote “No Fighting”. A fitting closer.