Every year, the Academy surprises us. Whether it’s through a slate of predictable Oscar fluff or a swath of uncompromising snubs, the powers that be never fail to elicit some kind of vitriolic response from its core base of critics, moviegoers, and Hollywood zealots. That shock starts at the nominations and lasts all the way until the morning after the ceremony.

This year is no exception. There’s outrage over the nominations for Bohemian Rhapsody and Green Book, while at the same time, there’s admiration for the dozen to half-dozen that’s been respectively given to The Favourite or BlacKkKlansman. Yet for all its pros and cons, the ceremony itself remains consistent in being a total enigma.

Hollywood analysts can read the tea leaves until they look like the blind guy in Lamberto Bava’s Demons, and still, it doesn’t change the fact that the night will bring a series of triumphs and upsets that will all boil down to bewilderment. Some may find that irritating, some may find that comforting, others may sit there wondering what Roma means.

That’s why, in a sense, it’s a fool’s errand to sit here and try and predict anything. Unlike sports, there aren’t really any objective statistics to base these predictions on, namely because any statistics are all based on prior subjectivity. Yet part of any surprise is building expectations, and that’s where these analyses thrive.

That is, if you can appreciate the surprise of being right or wrong.

Alas, here are Consequence of Sound‘s bolder-than-ever predictions going into the 91st Academy Awards. Whether they’re on-target or off the map, we’ll see on Sunday, February 24th, when it all goes down on ABC.

What should win: A Quiet Place

What will win: First Man

Coming into this year’s nominations, John Krasinski’s A Quiet Place had started making a number of appearances on forecast lists, ranging from Best Original Score to Best Actress for Emily Blunt. Sadly, neither came to fruition for the blockbuster thriller, but it did manage to whisper away a Best Sound Editing nom — and rightfully so. The entire film is predicated on the lack of noise, which makes any sounds that much more integral, and the film’s rich palette is impressive. However, Damien Chazelle’s First Man is a technical marvel, and given the lack of nominations in any other field, it would appear the voters tend to think so, too. This win for Apollo is a kosher one, but we’d love an upset by Jim Halpert. –Michael Roffman

What should win: A Star Is Born

What will win: First Man

As you can see, we’re picking First Man and its appropriately deafening theatrics in both sound categories. Damien Chazelle’s film lends the first moon landing a bracing sense of immediacy and impact, which owes a direct debt to the sonically overwhelming nature of the film’s sound design and mixing. However, one of the most impressive experiences we had in a theater all year was watching (and thus, hearing) A Star is Born in a crisp, clear Dolby theater. Not all live performances are created alike, and if you’re wondering why some of those concert scenes hit you the way they did, this is why. –Dominick Suzanne-Mayer

What should win: Ready Player One

What will win: Avengers: Infinity War

With Ready Player One, Steven Spielberg delivered a computer animated movie given the amount of time that’s spent in the Oasis. But really, all you need to do is watch that homage to Stanley Kubrick’s The Shining in which the entire Overlook Hotel is brought back to life through video manipulation. It’s a jaw-dropping moment of visual effects wizardry, echoing back to the days of Terminator 2 and Spielberg’s own Jurassic Park. Having said that, Marvel has yet to win in this field, and isn’t Infinity War, what with its smorgasbord of heroes and villains, a perfect time for comeuppance? —Michael Roffman

What should win: BlacKkKlansman

What will win:  Vice

With BlacKkKlansman, Spike Lee’s go-to editor Barry Alexander Brown had the unenviable task of shifting the story from a punchy ’70s setting to the real-world violence of today, specifically the Charlottesville riots that happened as recent as 2017. That’s not just difficult, but nearly impossible, and while many critics have been on the fence with the film’s polarizing coda, very few will argue it wasn’t an effective button that chills the bones. Those feelings *hopefully* won’t get lost on the voters, though we’re betting they’ll be charmed (and swayed) by the cutesy pastiches of Adam McKay’s Vice. To be fair, that faux credits sequence midway through the film is one of the comedy’s greatest gags and it’s all Hank Corwin.  —Michael Roffman 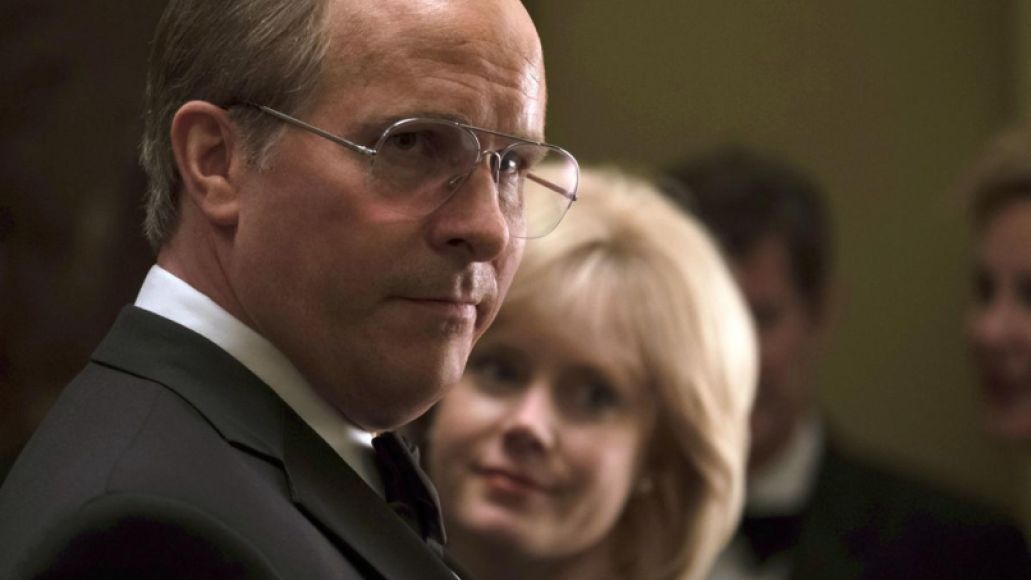 What should win: Vice

What will win: Vice

Impressive work across the board here, particularly in the case of Border, which uses its makeup in service of something more minimal, and more dramatically lasting. But while it would be easy to predict a costume drama full of lavish looks and getups as the winner in this category (the kind of thing it tends to favor each year), we’re thinking that this year’s statue will go to the impressive work done on turning Christian Bale into Dick Cheney in Vice. The actor’s insane weight training isn’t everything, after all. —Dominick Suzanne-Mayer 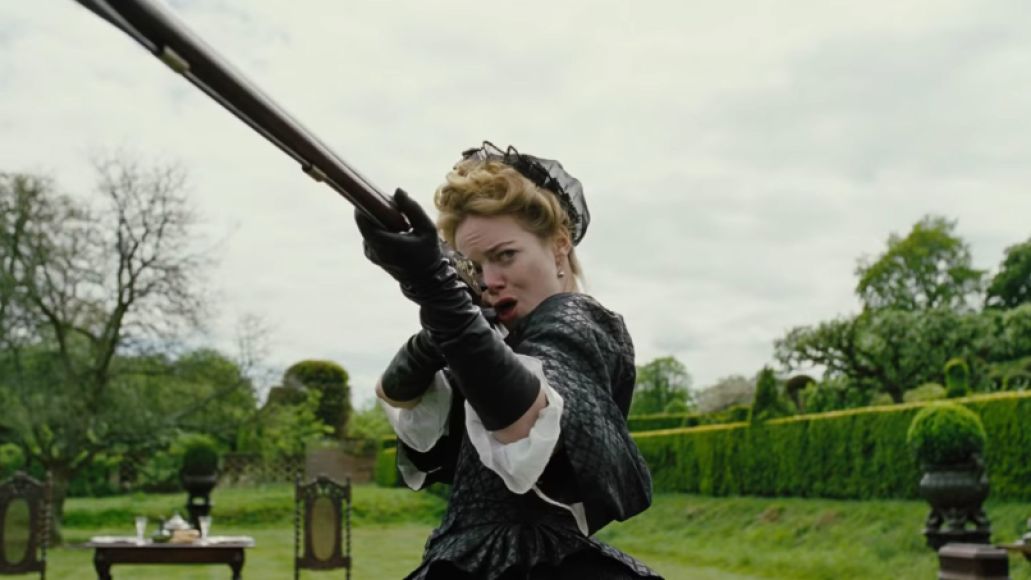 What should win: The Favourite

What will win: The Favourite

This is one of the year’s toughest categories to call. After all, you can make arguments for the merits of just about any film in this category, from Sandy Powell‘s excellent 2D animation-stitched work on Poppins or Ruth E. Carter’s unforgettable array of traditional and modernized African looks in Black Panther. However, the best costume design helps contribute to the film’s story in a more meaningful away, and we’re thinking that The Favourite and its litany of layered dresses concealing all kinds of secrets will win on that basis alone. —Dominick Suzanne-Mayer

What should win: Roma

What will win: Roma

More tough calls to make for the 91st Oscars. Each of these films has its own clear, cogent argument to make for why it deserves a Production Design award, from dazzling revivals of old-fashioned film styles to daring new visions of what a modern superhero movie can look like. But once again, we think the technical accomplishments of Roma will be too much for the Academy to deny. And if you think about it, what film last year draws more attention to its lavish visual direction? Whether it’s rebuilding a Mexico City street doorway-by-doorway, or filling a torched field with perfectly placed debris, or gazing over a missing set of bookshelves in a house’s foyer, some of the film’s best stuff emerges from some of its finest details. –Dominick Suzanne-Mayer 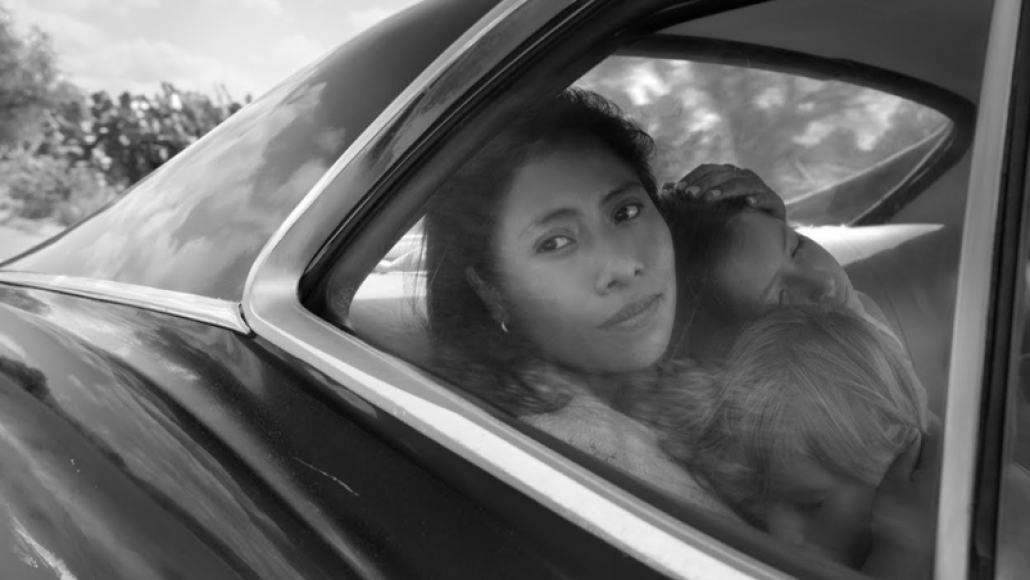 What should win: Cold War

What will win: Roma

“When a Cowboy Trades His Spurs for Wings”, The Ballad of Buster Scruggs, written by Gilian Welch and David Rawlings
Performed by Tim Blake Nelson

What should win: “Shallow”, A Star Is Born

What will win: “Shallow”, A Star Is Born

Here’s one way to clear the air on this category. While “All the Stars” was the best song of 2018, it had a nominal effect on Black Panther, relegated to the credits as if to say, “Grab this track now on iTunes.” But “Shallow”? It’s the whole goddamn movie, and you feel that every time you stream it. So many moments and so many emotions are packed into that single song, and they all have breadcrumbs leading back to Bradley Cooper’s debut feature. –Michael Roffman

What should win: If Beale Street Could Talk

What will win: Black Panther

Given the Academy’s notoriously touchy Original Score policies, it’s hard enough for a great score to even get nominated. (Our hearts and fuzz pedals turn to Mandy in this trying time.) Even now, in a crop of good-to-great nominees, we can sit and quibble all day about the Radiohead members and other composers who got short shrift this past year. But the category is the category, and on that basis, we’re excited to see whether If Beale Street Could Talk can make some noise in at least a few categories. Nicholas Britell‘s remarkable score acts as a thematic hinge on which Barry Jenkins’ beautiful film swings, and we’d love to see it grab some honors here. However, our money is with Black Panther. After all, is there a more instantly recognizable piece of composition from 2018 in general than “Wakanda”? It was so good, they even re-used it in Infinity War. –Dominick Suzanne-Mayer

What should win: Baos

What will win: Bao

While it’d be more than a bit of a misnomer to simply dismiss this category as “the Pixar award”, it’s tough to deny that the animation house has a pretty strong grip on the past 20 years or so of the Animated Short program. We’re expecting that they’ll continue their reign this year with Bao, originally attached to Incredibles 2. The deeply affecting story of the bond between an empty-nesting woman and a dumpling that becomes a surrogate child to her. In just a few minutes, Pixar does what it does best: takes a wrenching, difficult adult concept (letting go of your kids as they age as a part of good parenting) and makes it digest … well, easy to understand for anyone at any age. –Dominick Suzanne-Mayer
__________________________________________________________

What should win: A Night at the Garden

What will win: Lifeboat

The Documentary Short category tends to thrive on topicality, and this year is no different. From stories of long-buried American history to a look at the ways in which periods have been used to culturally discriminate against and disadvantage women, the category is taking a wide berth in the issues it addresses in 2019. Our pick goes to Lifeboat, an affecting look at the constant danger taken on by refugees attempting to escape war-torn countries in hopes of a better future. There are few subjects more engrained in the aware person’s consciousness these days, and we think the Oscars will take the opportunity to provide yet another platform for discussion. –Dominick Suzanne-Mayer

Oscars 2019 Predictions: Who Will Win, Who Should Win