Beer and punk rock go together like… well, like beer and punk rock, really. So fans of both should be excited that Rancid will headline a new touring music and craft beer festival called The Bash.

Coming in partnership with event producer and promoter Synergy Global Entertainment, Inc. and beer event specialists Brew Ha Ha Productions, The Bash takes place over seven stops this spring. Rancid curated the music lineup themselves, tapping Pennywise, Suicidal Tendencies, L7, H20, Madball, Noi!se, and Sharp Shock to join them on the road. The Mighty Mighty Bosstones will also perform at the opening Phoenix date on May 11th, replacing Pennywise, who won’t be present.

As for the beverage portion of the bill, each stop will feature Brewstomper Golden Ale, Rancid’s collaboration with Durango, Colorado’s Ska Brewing. A press release promises “a selection of over 100 different craft beers,” with a rotating taps from breweries including Helio Basin Brewing, Modern Times, Sockeye Brewing, 7 Seas Brewing, Jackrabbit Brewing Co., 21st Amendment, and more at select stops. The tastings will run until 4:00 p.m., though how they’ll be run and what they’ll feature will vary based on local laws.

Tickets and more info can be found at The Bash’s website. Check the schedule and announcement poster below. 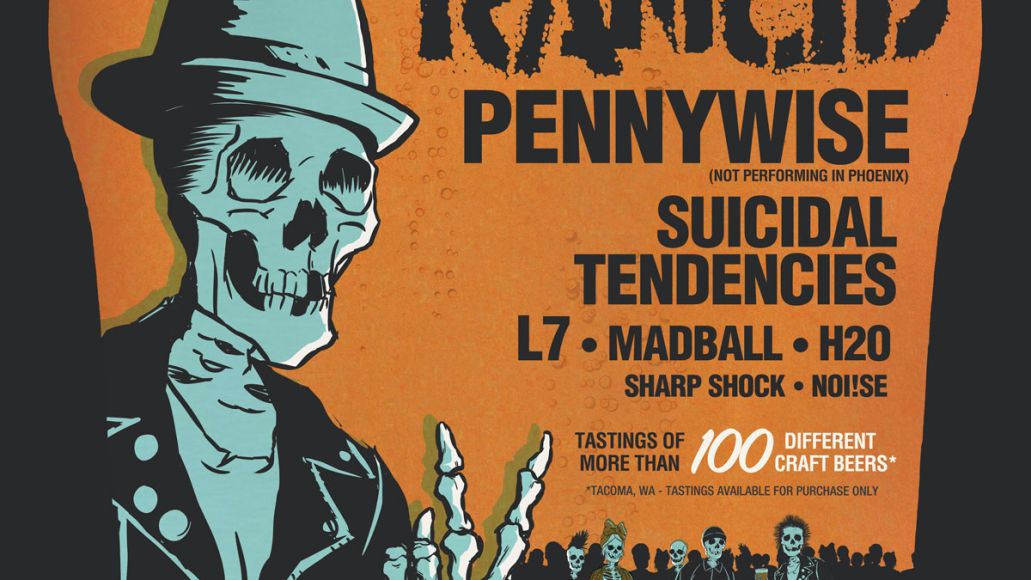 Rancid to headline traveling beer and music festival The Bash