Welcome to Dissected, where we disassemble a band’s catalog, a director’s filmography, or some other critical pop-culture collection in the abstract. It’s exact science by way of a few beers. This time, we follow Ozzy Osbourne’s solo career from the masterful Blizzard of Ozz to what, for now, remains his last solo disc, 2010’s Scream.

The man born John Michael Osbourne in Birmingham, England, on December 3, 1948, didn’t become the Prince of Darkness overnight. First rising to fame as the vocalist for Black Sabbath — the first heavy metal band — Ozzy Osbourne became as notorious for his drinking and drug habits as he was for his singing.

Ozzy hit a turning point in his life when touring with Black Sabbath in 1979. His habit was bad, and maybe worse, every night a young, hotshot band called Van Halen were blowing Black Sabbath off the stage. Ozzy was fired at the end of that tour, and, by most accounts, he was expected to drink himself to death and fade into the annals of rock history.

But that’s not what happened. 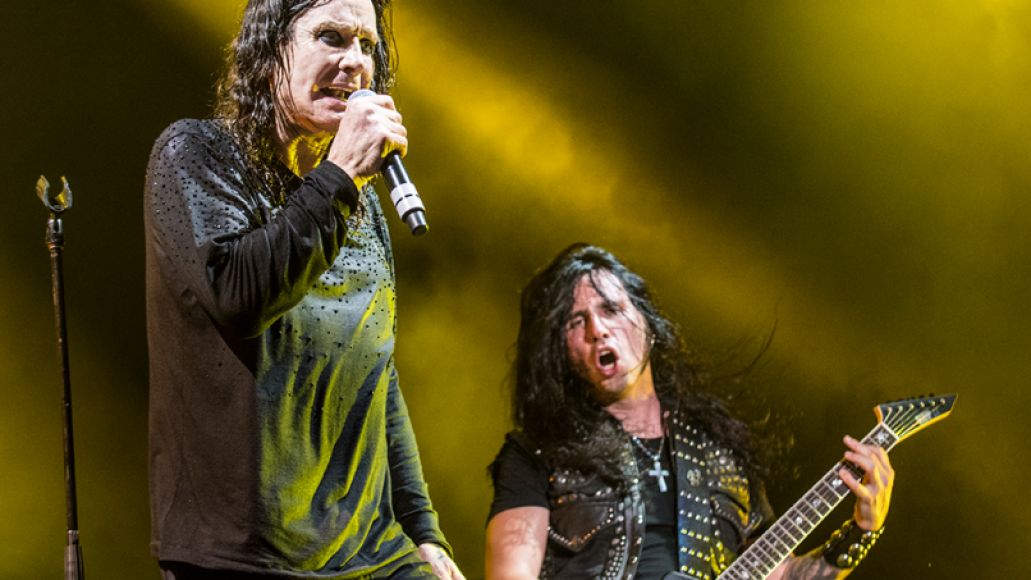 Against all odds, Ozzy launched a remarkable solo career. His sound was simple: the horror-movie panache of Sabbath but with the catchiness and flair of Van Halen, seasoned with the prevocative antics pioneered by Alice Cooper.

Almost 40 years later, Ozzy is in the midst of his final world tour, a celebratory romp to close off his career as both an undeniable metal legend and a controversial rabble-rouser.

At this point, Ozzy’s almost as famous for the tumult that has surrounded his career as the music itself — things like biting the head off a bat in Des Moines, Iowa, urinating on a statue on the Alamo grounds, or any number of zany moments from reality TV show The Osbournes .

Behind all the drama, though, Ozzy has left behind an impressive body of work, one full of exciting songs, but also complete with some misses along the way. Ozzy’s solo career is one of guitar music’s great common spaces, bridging classic rock, glam, progressive rock and traditional heavy metal. From Santiago to Tokyo, people know the chorus to “Crazy Train” by heart and are getting their last opportunity to hear it live on this “No More Tours 2” trek, making now the perfect time to deconstruct the studio albums of original material in Ozzy Osbourne’s solo discography.

Ranking Every Ozzy Osbourne Solo Album from Worst to Best