This year marks half a century since the official debut of Led Zeppelin. Let that sink in.

We all know at first the critics didn’t know what to think of Led Zeppelin, the group’s initial offering to the world in 1969  — now one of the most influential records in history. What may not be known is this self-titled album — which, to refresh your memory, contains “Good Times Bad Times”, “Babe I’m Gonna Leave You”, and “Dazed and Confused” to name a few — was recorded mostly live, overdubbed, and mixed all in just 36 hours, with a reported self-fund of £1,782. If Jimmy Page should be accused of any black magic…

Partially in support of the album’s release in January 1969, and partially because super-manager Peter Grant got the green light from promoters after a tour cancellation by the Jeff Beck Group, the English four set off on their first North American tour from December 1968 through February 1969, “knowing they had captured lightning in a bottle,” as one longtime fan described it, “and they were lean, mean, hungry … (and) out to show everybody what they could do.”

And they did just that. But out of the 36 dates that completely captured and overwhelmed audiences with their monstrous, otherworldly sound, and probably also with Robert Plant’s gigantic bulge, there was one show in particular that single-handedly foreshadowed how monumental Zeppelin would become: January 26th, 1969 — the fourth and final show at Boston Tea Party. 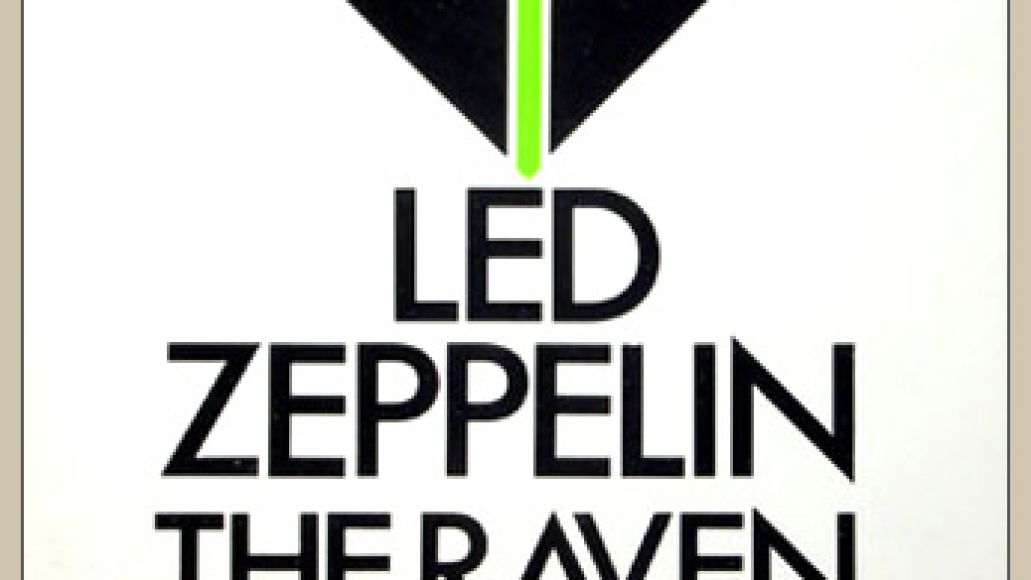 The show was a last-minute addition to the three-night engagement already booked at the 720-capacity former-synagogue due to audience demand. It was the night where Zeppelin reportedly played for over four hours with only one album’s worth of material, eventually resorting to Elvis covers, Beatles favorites, and basically any other songs that the band all possibly knew or could quickly figure out, because the crowd would not let them offstage. Oh, and it’s the show that claims to be “the birthplace of headbanging.”

Funny enough, Steven Tyler was present and said to have sat cross-legged in the back of the venue, crying from the heaviness of “Dazed and Confused” and again later that evening when Jimmy Page emerged from the dressing room with Tyler’s girlfriend. “But Jimmy was such a motherfucker onstage that I couldn’t hold it against him,” Tyler fondly recalled during his 1995 Rock & Roll Hall of Fame induction speech for the band.

It was “the key Zeppelin gig, the one that put everything into focus,” John Paul Jones remarked in a 1973 issue of NME, “(where) there were kids actually bashing their heads against the stage,” which he had never seen before or since. “Peter (Grant) was absolutely ecstatic. He was crying, if you can imagine that, and hugging us all. You know with this grizzly bear hug. I suppose it was then that we realized just what Led Zeppelin was going to become.”

“It was freezing cold and my partner in crime, Debbie Mitchell, and I had heard the album, and thought, yes, let’s go to the Boston Tea Party,” reflected Dianne Bentley, one of the lucky ones in attendance when she was 16 years old. “A lot was happening in Boston at the time. Free concerts at (both) Boston and Cambridge Common and The Boston Sound were prevalent.  We had groups like Ultimate Spinach … so many original bands. We just lived it and enjoyed it all.

“My memory is getting there early, and the band was just a group of fellows setting up, tuning drums, JPJ running bass lines. My ‘spot’ was always up close, stage right. And they blew us away. Did I know what Led Zeppelin would become? Kinda. We were living in the moment. We were just kids, in the midst of something great.”

When asked what the crowd was like, and if there was headbanging, Bentley corrected me: “Headbanging was not a thing back then. So no, we did not slam. We grooved.” 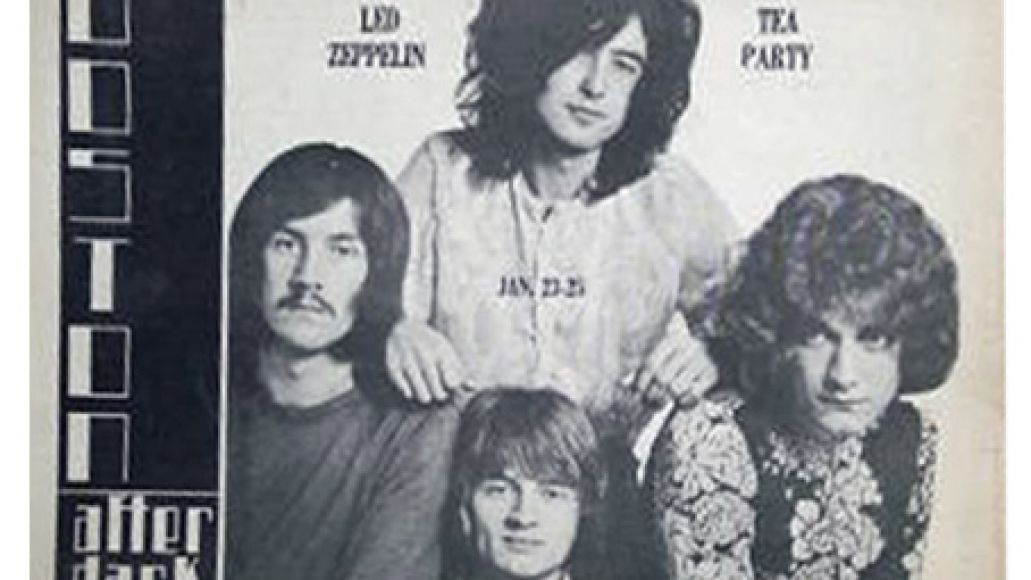 “I was at that concert … what impressed me the most was Jimmy Page,” fan George Cohen commented on a bootleg recording. “I tried to follow his hands moving, but they were a blur on his guitar. I had never seen anything like that. And it was perfect. Not a note missing. I was mesmerized by his hands. And I couldn’t hear for three days after that. I had such loud tinnitus for two days that I thought I blew out my ears. To this day, I have hearing loss at about 3 Khz. It was worth it.”

We all know these lines. It’s understandable to want to quickly discredit a show surrounded by mythology and also approaching its 50th anniversary. But as Jimmy Page said in a post-feud 1990 Rolling Stone interview: “It’s only a myth to people who never heard us live, I suppose. I mean, if you heard us live, you’d know exactly where it was at.”

Beneath the seemingly appropriate “Praise Ye the Lord” signage on the former altar, Zeppelin began their performance with “Train Kept A-Rollin’” and continued on through most of Led Zeppelin.

John Paul Jones awed with an organ solo during “You Shook Me”, which was one of the earliest times documented live with the band. Other highlights included Howlin’ Wolf’s “Killing Floor” (foreshadowing “The Lemon Song”) and “Pat’s Delight” (later to be arranged as “Moby Dick”), which, of course, included a massive John Bonham solo with his brand-new Ludwig maple-finish kit and was complete with early hand-drumming that the press could not get enough of.

Zeppelin-Yardbirds medleys were effortlessly exercised. “Black Mountain Side” was recorded on tape for the first time ever with Page’s “White Summer”, “Dazed and Confused” sampled the riff from “Shapes of Things”, and lastly, “For Your Love” and “Over Under Sideways Down” both were encapsulated within the bow section of “How Many More Times”, Zeppelin’s mega set-closer clocking in at over 10 minutes and serving as a full-band showcase for each member to solo.

Citing the band’s tendency to “employ three or four major instrumental concepts in almost every song,” the Boston Phoenix praised the four-day stint.

“Rhythm changes abruptly, time patterns change abruptly, volume levels change abruptly, yet melodic line and chord skeletons manage to merge kaleidoscopically as each member of the band feeds one another and in turn plays off the idea thrown out,” reporter Ben Blummenberg expressed. “The result is a surprising intricacy developed out of a form that is usually considered to be quite simple. Yet the basic power is never lost. In one sense, the Led Zeppelin represents the best of both worlds.” 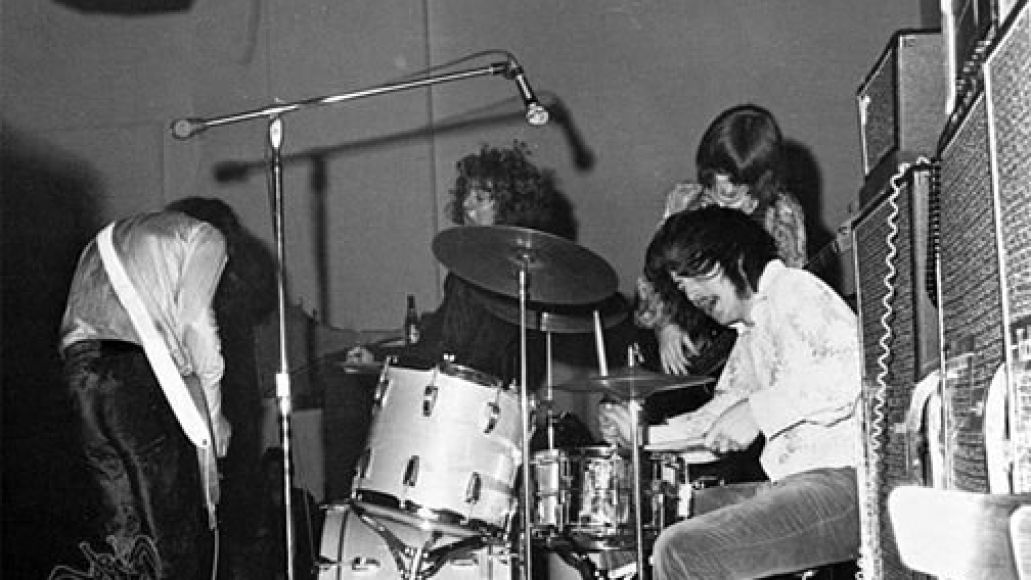 Although verified by John Paul Jones among other sources, there is still a discrepancy over whether the show truly lasted for four hours. Peter Grant claimed it was only two hours, which is still very much over their usual stage time of 45-90 minutes, so it could have felt like four hours. Zeppelin was well into their groove at that point as it was halfway through tour, so they could have been feeling extra spicy in terms of improvising and extending songs, especially that night since Page had remarked to Plant that “[The Tea Party] was one of the best places he’d ever played” with The Yardbirds.

The only existing, circulating tape from that night leads to even more confusion. It ends approximately at the two-hour mark during “How Many More Times”, but there are many unusual edits meticulously pointed out by fans on Royal-Orleans.com, where the tape would go out before some songs officially ended, and the same exact crowd cheers can be heard at the ends of different songs.

Regardless of the minuscule details, there’s one thing that can be agreed on. This was the show to be at, because it predicted the Led Zeppelin we know today — untouchable and forever leaving us wanting more. The Boston Tea Party, combined with the relentless FM radio promotion being executed around the same time by Grant, created the monumental momentum needed for the group to be catapulted into permanent stardom, forcing the press to follow suit.

Is there an equivalent supergroup in 2019 that could match this level of musicianship, passion, and intensity in recording, the ability to effortlessly transition between reggae, deep blues, and funk, and then have it translate into a live experience that is just as powerful, with each band member seemingly larger than life? Even if this group did exist today, would it be possible for them to break through the sea of streaming to commercial success and become one of the most influential and timeless of their genre?

I’m not sure. So, for now, we’re left to bask in nostalgia and envy the ones who were there for the early days when the venue was a former synagogue filled with Steven Tyler’s tears, long before 20 million fans, that’s 80,000 per minute, entered a single online ticket lottery.

It’s enough to leave anyone a bit dazed and confused.

Remembering the Boston Show That Foretold the Rise of Led Zeppelin