While Tom DeLonge continues to search the skies for aliens, Blink-182’s Mark Hoppus has launched a new pop punk side project with All Time Low frontman Alex Gaskarth. Together, the pair is officially named Simple Creatures, and our first introduction to the duo came with last month’s “Drug”. Now, Hoppus and Gaskarth have announced their debut EP, on which that single is set to appear.

Titled Strange Love, it’s marked for a March 29th release through BMG. The effort collects a total of six songs with names such as “How to Live”, “Adrenaline”, and “Lucy”. Fans should expect the new EP to demonstrate Hoppus and Gaskarth pushing themselves beyond their comfort zones. Hoppus elaborated in a statement:

“Strange Love is the first glimpse into the Simple Creatures universe. Cooked up in studios and basements around Los Angeles, we set out to push ourselves in musical directions that are new and exciting to us. Embracing new recording techniques and processes, we broke songs down to their barest bones and rebuilt them into musical Frankenstein monsters. From uptempo tracks like ‘Drug,’ to the ratty snarl of ‘Lucy,’ we’ve broken out of our own musical molds and built a world of trashy guitars, distorted synths, crushing programmed drums, and a whole lot of fun and noise.”

To coincide with the EP news, Simple Creatures have released the title track, which sees Hoppus ditching the mosh pit for the dance floor. The single comes with a fuzzy music video helmed by Megan Thompson and Erik Rojas.

Simple Creatures are currently rehearsing and are soon expected to announce their first live tour dates. In the meantime, peep the EP artwork and full tracklist. 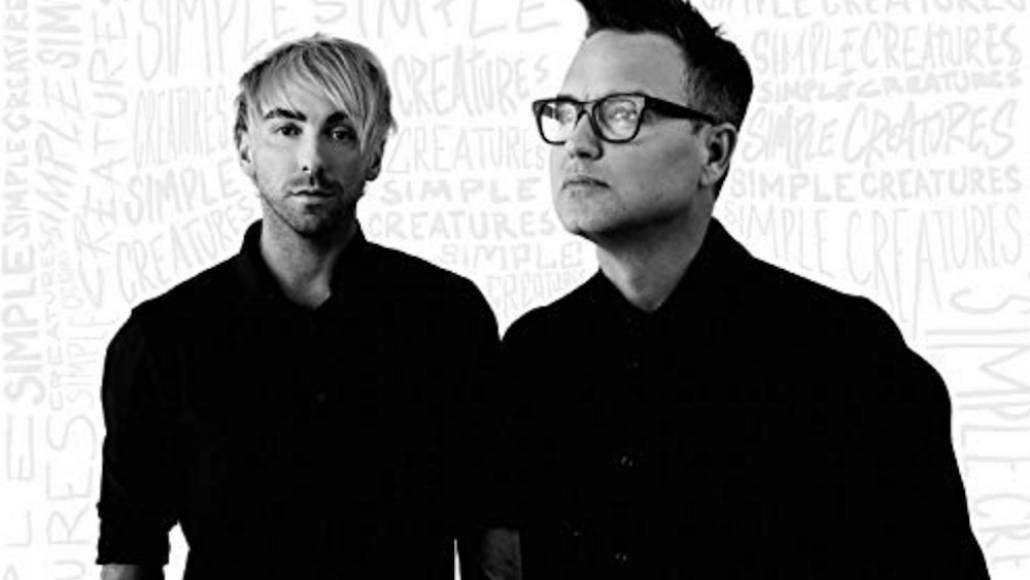