Tekashi 6ix9ine’s once-promising hip-hop career has all but crashed and burned. After pleading guilty to multiple federal crimes, including racketeering, drug distribution, and gun possession, the rapper born Daniel Hernandez is facing upwards of 50 years in prison. Now, Sara Molina, Hernandez’a longtime girlfriend and mother of his only child, has come forward to share details of their harrowing, abusive relationship.

In an interview with The Daily Beast, Molina accused Hernandez of assaulting her on multiple occasions. One such incident allegedly occurred when the former couple was at a hotel in Dubai. As she tells it, Hernandez accused her of having a romantic relationship with his manager,  Kifano “Shotti” Jordan, and proceeded to punch and kick her. Molina says the attack lasted two hours; Hernandez allegedly blocked her from leaving the room and covered her face with a pillow to drown out her screams. He told her he had sex with “more than 70 other women in the past year, resulting in multiple pregnancies,” and “had acquired multiple STDs.” Later, Molina says she was raped by Hernandez.

Another alleged assault occurred it front of Hernandez and Molina’s daughter, then two years old. When Molina confronted Hernandez about a woman who had contacted her alleging to be pregnant with Hernandez’s child, Hernandez began beating her.

Molina documented some of the injuries she sustained from Hernandez and shared them with The Daily Beast. One such photo can be seen below. 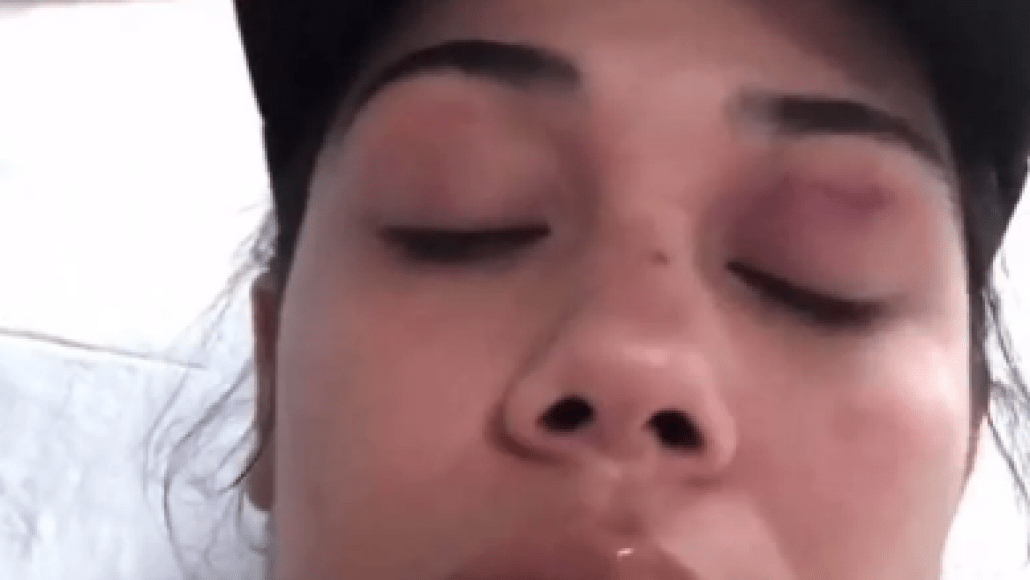 Hernandez and Molina were together seven years, including during his transformation into Tekashi 6ix9ne. Their relationship ended shortly before he was arrested by federal agents last November.

Representatives for Hernandez declined to comment when reached by The Daily Beast.

Tekashi 6ix9ine accused of assaulting mother of his child: Report