Editor’s Notes: When David Sackllah wrote this classic review in March of 2019 in celebration of Summerteeth’s 20th anniversary, there was already plenty of hindsight to be found about Wilco’s stability as a band and the long shadow their follow-up album, Yankee Hotel Foxtrot, would cast backwards on this album and others. That said, we revisit Sackllah’s classic review because it reminds us that sometimes it can take 20 years for the rest of the world to come around to an unlikely masterpiece.

Wilco’s Summerteeth is often overlooked simply due to the gravity of the album it preceded. Yankee Hotel Foxtrot is the album most closely associated with the story of Wilco, the one where Jeff Tweedy and Jay Bennett’s working relationship was irrevocably ruptured, the one that led to the split from the label and changed the way people hear albums, and the one whose making was agonizingly captured by Sam Jones’ cameras on the famous documentary I Am Trying to Break Your Heart. In contrast, Summerteeth is the sound of a man and band barely holding things together before it would all come crashing down.

The album served as the peak before the fall as Tweedy and Bennett found themselves in sync — much to the frustration of the rest of the band. Drummer Ken Coomer felt pushed out, likening Tweedy and Bennett to “two guys losing their minds in the studio.” It’s where the toll of touring and recording albums on Tweedy’s new marriage and the birth of his son, Spencer, combined with his addiction to painkillers, resulting in the most tormented lyrics he would ever write, violent fantasies and thoughts of hopelessness. In many ways, Summerteeth was a cry for help, stitched together in the studio to sound as jubilant as The Beach Boys records of the ‘60s that inspired it, that joy continually betrayed by Tweedy’s writing, both esoteric and deeply pained. Take a song like “A Shot in the Arm”, the most upbeat in their catalog, a raucous anthem about shooting up heroin that turns “something in my veins, bloodier than blood” into a sing-along, showing the dichotomy in action.

Twenty years later, the murder ballad of “Via Chicago” or the line “She begs me not to hit her” on “She’s a Jar” sound particularly bracing, the all-too-familiar glorification of the inner psyche of violent, abusive men. These aspects of Summerteeth were just as controversial 20 years ago, as Tweedy’s wife, Sue Miller, told writer Greg Kot in his biography, Wilco: Learning Not to Die, that she was uncomfortable with the lyrics of “She’s a Jar”, even though they were fictional. The destructive and pathetic persona of the narrator in these Tweedy-penned songs helped him barely avoid the trap of glorifying the violence on display. What gives a song like “Via Chicago” legs all these years later is the way you listen to Tweedy and Bennett deconstruct the nature of a rock ballad in real time, a discordant swath of noise erupting and then snapping back into cohesion as Tweedy sings, “Searching for a home” in a broken voice. Tweedy never wrote a lyric as stunning as “Crumbling ladder tears don’t fall/ They shine down your shoulders,” and the song, the centerpiece of the album, articulated just how thin the ropes keeping everything together really were.

In 2019, it’s easy to think of Summerteeth as a transitional record, the switch from alt-country to power-pop and the lead-in to the epic, career-defining moment that would come just a couple years later. Twenty years ago, it was the sound of Tweedy definitively trying to break away from the comparisons to Uncle Tupelo, locked in an unspoken struggle with Jay Farrar to “win the breakup” so to speak. For his label, Summerteeth was supposed to be the album that helped break Wilco into the mainstream. They asked Tweedy to write a hit single after he turned in the album, resulting in the ridiculously catchy “Can’t Stand It”, a song about being overwhelmed by unconditional love that fit the album but failed to be the hit the label wanted. Tweedy begrudgingly wrote the song and gave it to producer David Kahne to remix, and in an era where Barenaked Ladies, Third Eye Blind, Sugar Ray, and Jakob Dylan’s Wallflowers ruled on rock radio, it’s easy to see how Reprise thought they could coax their own “One Headlight” out of Wilco.

Though the song and album failed to cross over, Summerteeth was critically adored in its time, and it’s easy to see why. Eager to shake off the label of alt-country (“I probably know less about Gram Parsons than the people in Smashing Pumpkins do,” Tweedy told UTNE Reader in 1999), Tweedy loaded the album with sugary hooks and bursts of pop like “I’m Always in Love”, where he frantically sang about the rush of love like he was caught in a trap. During this period, the band would do an exercise where they set up a typewriter and people would take turns writing out lyrics while covering up everything but the last line written, resulting in abstract lines and surrealist imagery carried throughout the record. Even with that, the writing on Summerteeth resonates as deeply as anything in the band’s career, from the despondence of “How to Fight Loneliness” to the grasping desperation of “ELT”, where Tweedy stripped away the pretense and wrote as naked an apology as could be.

What gives Summerteeth legs, beyond how familiar it feels to anyone in the midst of a personal crisis, is how pristine it sounds. Tweedy and Bennett’s studio experiments have been written about many times over, woven into the history of the band, but the extreme polish and overdubs on each song are still jarring to hear compared to the raw sounds of Wilco’s earlier work and the sparse landscapes their later albums would traverse. Together, the pair stuffed everything but the kitchen sink into these songs, and the fact that they never sound muddled or unfocused is a minor miracle in itself, a testament to their vision.

It’s hard to call an album beloved by fans and critics underrated. The very fact it’s being written about 20 years later seemingly dispels that notion, but the shadow cast by Yankee Hotel Foxtrot is so large that Summerteeth is often thought of as the stepping stone. More Big Star than Woody Guthrie, Summerteeth sticks out within Wilco’s discography. Its saccharine highs and murky depths would not be repeated again, partly due to the dissolution of Tweedy and Bennett’s relationship and Tweedy’s own journey through recovery. It’s not healthy to indulge the tortured artist trope, to say that Tweedy’s personal struggles with drugs and his relationships were the only way he could create a masterpiece like this. That Summerteeth exists in spite of the forces pulling the band apart is what makes it special.

The record was borne out of a tumultuous period filled with discord and works because Tweedy had to find a way to express these feelings through music, the least self-destructive tool at his disposal. The album contains moments of joy as well: the beautiful lullaby to Spencer on “My Darling” and bold determination of “Nothing’severgonnastandinmyway(Again)” shine out through the angst that pervades the album. Whereas Being There helped establish Wilco’s identity, this album redefined it, opening up their story not as an offshoot of Uncle Tupelo, but as their own band that would prove even more influential than the one that preceded it. While the next few years would make them the most renowned indie rock band of their era, Summerteeth was their first perfect album, a masterpiece as staggering today as it was 20 years ago.

Essential Tracks: “Via Chicago”, “How to Fight Loneliness”, “A Shot in the Arm”, and “ELT”

Pick up a copy of Summerteeth here… 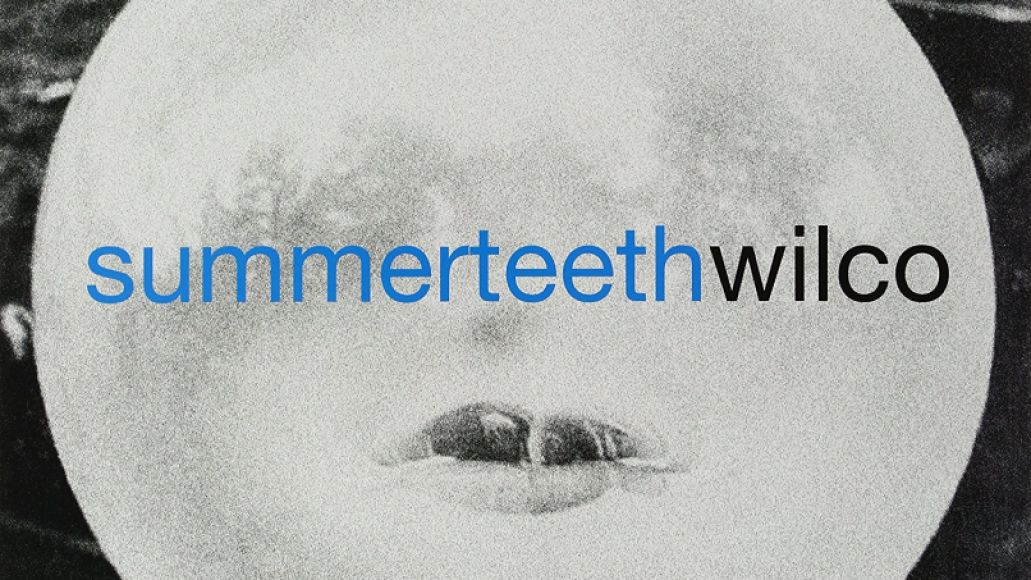