Costner’s Hamer foregrounds the story, which begins with Texas governor Miriam “Ma” Ferguson (Kathy Bates) calling him out of retirement on the advice of Texas Prison System chief Lee Simmons (John Carroll Lynch). It doesn’t take much to get Hamer back on the road, and it takes even less for him to persuade his old comrade Gault to join him, what with the latter spiraling into an abyss of alcoholism and boredom. From there, the film follows the pair as they pursue the Barrow Gang across the South, hit dead ends, and fend off condescension from the FBI, who’d rather the two just stayed home.

Reclaiming a Legacy: There’s an agenda to The Highwaymen, which is namely to revise Hamer’s narrative as it exists in Penn’s legendary film. As depicted there, Hamer is a bit of a buffoon, with his execution of the criminals framed as a kind of personal revenge. Screenwriter John Fusco rewrites that story, emphasizing Hamer’s commitment to law and decency while lingering on the violence and chaos seeded by Bonnie and Clyde. Here, the latter are divorced from the charisma with which they’ve long been portrayed, and Hancock’s camera obscures them more often than it doesn’t.

That’s a bold and arguably admirable choice, but there’s a fussy, almost showy quality to their erasure, one inflamed by the utter disgust that drips from every word Hamer speaks about them. Not only does it lend the film a generally scolding air, but it also serves to hinder its themes regarding the intersection of violence and celebrity. We’re so isolated in Hamer and Gault’s bubble that it becomes hard to get a grasp of just why society was so taken with Bonnie and Clyde, which in turn makes it tougher to invest in the conflict. It also gives the film a reactionary feel, as though in order to be enjoyed, The Highwaymen must be viewed as a rebuttal to Penn’s film.

Mirror Image: The Highwaymen is most interesting in the all-too-brief moments when Hamer and Gault’s legacy is aligned with that of the criminals they’re chasing. As Texas Rangers, both were responsible for more murders than they can count, and Fusco allows a few tantalizing moments in which Hamer sees himself idolized by his younger peers for all the blood he’s shed. Costner does some fine work in these moments, channeling the somber, wounded spirit of a man who’s seen and done things he wishes he hadn’t while adding a touch of gravitas to the preparation that went into the inevitable ambush. And the resulting message is resonant, especially considering how celebrity is still born (or amplified) from violence to this day — just look at the ongoing saga of George Zimmerman, or the mythologizing around Tekashi 6ix9ine. However, The Highwaymen doesn’t investigate these ideas so much as simply raise them; Hamer ultimately maintains the moral high ground until the very end.

Masters At Their Craft: If there’s any real pleasure to draw from this two-hour dirge, it’s in the well-paired performances by Costner and Harrelson. Coster’s thoughtful portrayal has moments of zip — a scene in which Hamer stocks up at a local gun store is a curious delight — while Harrelson’s sloppy, forthright Gault stands out for both his humor and his vulnerability. There’s little in the way of dynamism here, but there is a casual rapport that makes the pair believable as both old partners and long-time friends. Considering much of the film is spent in the front seat of their Ford, that’s a good thing.

The Verdict: There’s a weird, intriguing anger rippling under The Highwaymen, one that extends to its faceless villains and to the society so callous as to celebrate them. Unfortunately, that rage does little to ignite the narrative, which moves at a languid pace, and more to wag a finger at the viewers, shaming them for not celebrating the real heroes all these years. It’s a valid mission, one supposes, but rendering Bonnie, Clyde, and their cultural impact in such a one-dimensional fashion doesn’t add weight to its subjects. It only serves to strip dimension away from their own story.

Where’s It Playing? The Highwaymen will premier on Netflix and in select theaters on March 29th. 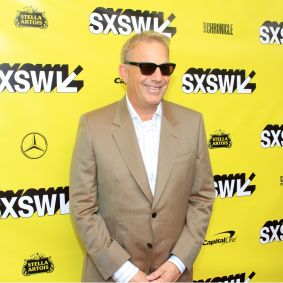 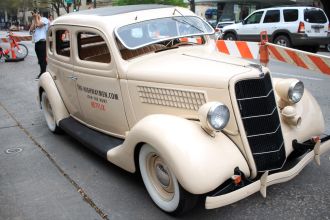 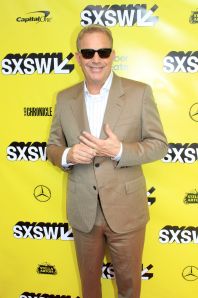 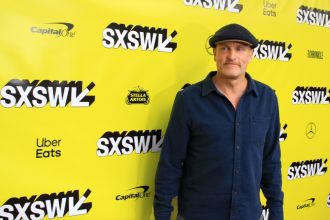 Film Review: The Highwaymen Is a Languid, One-Sided Look at the Texas Rangers Who Killed Bonnie and Clyde