After teaming with Simian Mobile Disco’s Jas Shaw for their joint full-length as Selling, On Reflection, last fall, Gold Panda is back with another new project. The electronic producer born Derwin Dicker has today announced a new moniker, DJ Jenifa, which he’s introducing with a surprise album dubbed, Jag Trax.

The DJ Jenifa name comes from the De La Soul track “Jenifa Taught Me (Derwin’s Revenge)” off the iconic 3 Feet High and Rising. It’s a fitting ode, as the sampling techniques that were so prevalent on that classic hip-hop record had a major influence on Derwin’s production for Jag Trax. The nine songs are all based on single loops cut to “house tempo with a hip-hop kind of sample and then some drums,” Derwin described in a press release. “It’s heavily inspired by sampling culture.”

Much of the material came together during the recording of the last Gold Panda LP, 2016’s Good Luck and Do Your Best. In fact, lead track “Dresscode” was even teased in the video for that effort’s “In My Car”. It was a slight bumper made “for a laugh,” but upon realizing he had a number of tunes like this laying around, he decided to compile them onto Jag Trax.

As for the Jag Trax title, Derwin explained that the name came from the very intention of the music:

“It’s called Jag Trax because I bought an old 2003 S-Type Jaguar. It’s kind of like driving a luxury armchair. I bought it from my neighbor. I would make these tracks that I could just play loud in the Jag, like when I was driving to [producer] Luke Abbott’s studio to mix Good Luck And Do Your Best. They were songs that I could just bang out on the motorway and make the journey go quicker. Unfortunately, the CD player in the Jag wouldn’t play any of the CDs that I would burn… so I never actually heard those tunes in it.”

Download the whole thing over at Bandcamp, and listen to it in full below. You can also complete your Gold Panda collection by picking up some vinyl over here. 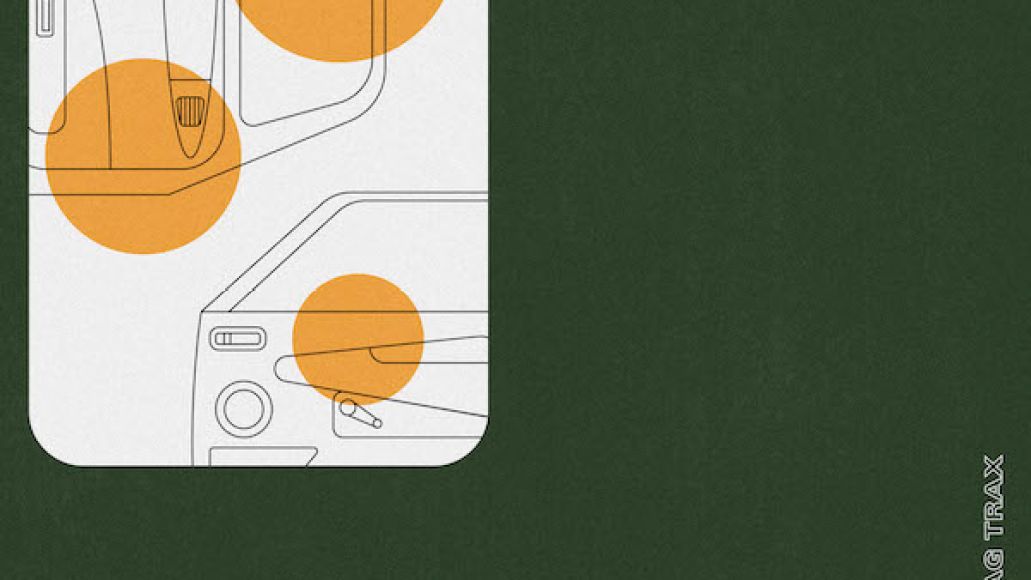