Lamb of God are celebrating the 15th anniversary of their 2004 album Ashes of the Wake with a double-vinyl edition containing three demos and one cut that didn’t make the original LP.

Ashes of the Wake is considered one of Lamb of God’s finest works, yielding the songs “Laid to Rest”, “Now You’ve Got Something to Die For”, and “Omerta”, among others.

In a press release, guitarist Mark Morton said, “This year, Lamb of God will celebrate the 15th anniversary of the release of our third studio album, Ashes of the Wake. As I recall that moment in time, it was a pivotal point for our band. We were transitioning from the relative comfort of an underground scene that we felt confident and natural in, to a much higher profile with higher stakes and more critical eyes upon us. It was our first release on a major label and our first to be aggressively marketed through mainstream channels.”

He added, “I remember feeling a mixture of pressure and confidence, along with a pervasive uncertainly as to whether our brand of bottled insanity would translate to a larger audience. Ultimately, I think our biggest strength in that situation was that we never let pressure, expectation or the potential for failure effect our creative process. We stepped up our collective focus and concentration to rise to the occasion, but we stuck together and stayed true to our identity, artistically and otherwise.”

The new double LP will be pressed on green smoke vinyl for a limited run of copies sold through the band’s webstore, while retailers will carry the release on standard black vinyl. In addition to the 11 original tracks, the 15th anniversary edition will contain demos of “Laid to Rest”, “Ashes of the Wake”, and “Remorse Is for the Dead”, along with the non-album B-side “Another Nail for Your Coffin”. See the full tracklist below.

The anniversary edition will also be available via digital service providers. Pre-orders for both vinyl and digital are available here.

Up next for Lamb of God will be another support run on Slayer’s farewell tour. Those dates kick off May 2nd in Phoenix, Arizona, with tickets available here.

Ashes of the Wake Artwork: 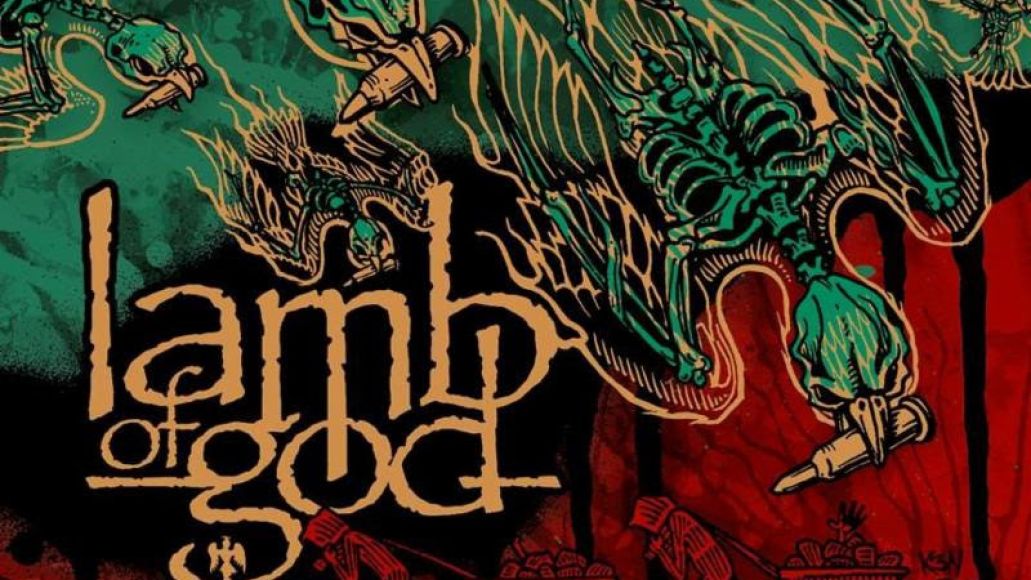