“I always felt like something of an outsider, but I identified with people on the screen.” –Luke Perry

Hearts didn’t just stop at the sight of Luke Perry; they doubled, at least for this writer. As a young and easily confused six-year-old, seeing Dylan McKay show up on the third episode of Fox’s Beverly Hills 90210 was confounding. Here was this loner, this rebel, this real James Dean type, who was a complete juxtaposition from the rest of the hunks — from Jason Priestley’s kindhearted braniac Brandon Walsh to Ian Ziering’s insufferable Steve Sanders. He defined “slacker chic”: he was effeminate, he wore his heart on his sleeve, and he won over the coolest of the West Beverly girls.

It was an instant first sell, too. When we first meet Dylan, he’s literally surrounded by bolts of electricity as he slinks out of the shadows of West Beverly’s computer lab. From there, he scares off two jocks, gets Brandon to cut school, cruises around in a vintage Porsche convertible with a copy of Byron, surfs the big waves, breaks the big boards, and orders hamburgers in his millionaire father’s hotel suite with some Beverly babes. Though, as we all learn by the end of the episode, there’s more than meets the eye to this bad boy. He’s not only a rebel with a heart, but a rebel with a curse.

I was hooked. It was an overnight crush. It was an obsession I couldn’t contain. I wanted his haircut. I wanted his jacket. I wanted everything about him. I bought folders and pencils with his mug on ’em. I collected 90210 trading cards and kept the ones with Dylan and Brenda on my dresser. I begged my parents to drive me from toy store to toy store to find the Dylan and Brenda dolls. Even now, I vividly remember pacing around the outfield at tee-ball practice, hoping and praying that Kay-Bee would have either later that evening. They didn’t. Never found ’em. There were tears. 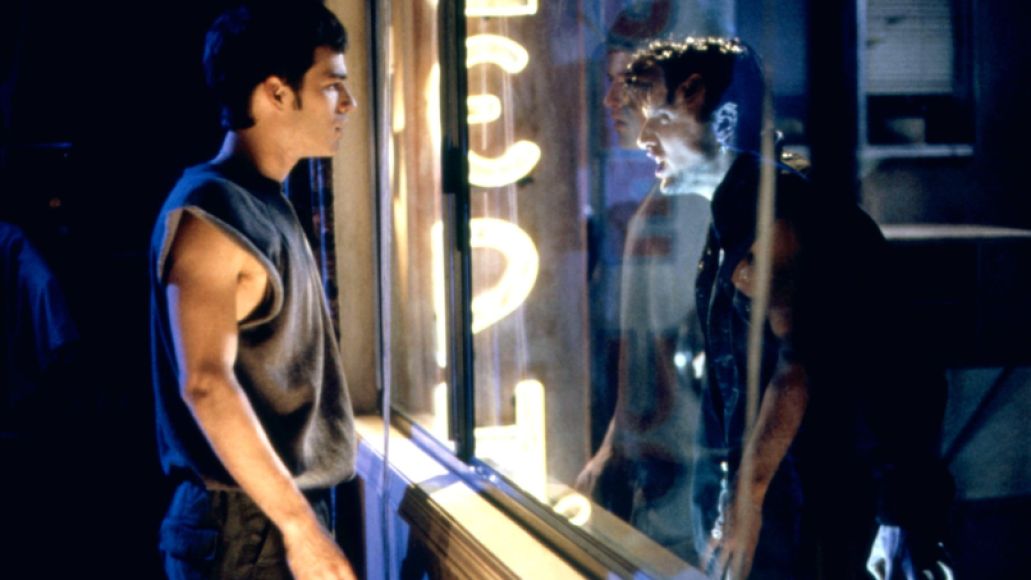 That didn’t matter, though, because my interest went well beyond Dylan and 90210, a notion that became quite obvious years later upon seeing Joss Whedon’s Buffy the Vampire Slayer. As Pike, Perry played another slacker, only one that didn’t have any answers. Instead, he’s a total fuckup who gets by on being a scrappy smart ass, mostly deferring to Kristy Swanson’s titular lead. That role reversal, coupled with his fly-on-the-wall sense of humor, staked me right through the heart with blissful and dizzying results. He was cool without even trying.

Yet, that wasn’t too far from the truth. Like Dylan or Pike, Perry never appeared as if he were trying to be anything; he just simply let things be. “I’m not James Dean, and no one else is, either,” he once said, sounding less like a movie star and more like, say, Joe Strummer or Johnny Cash. And much like those two, he walked around with a laissez faire attitude, dangling his currency of cool in the same way a cigarette might often roll around his pursed lips. Be it on screen or off, he was always this enigmatic figure, and I never stopped caring.

Much of the latter half of his career is a testament to that. I’ve yet to sit through an entire episode of Riverdale, but knowing that he was a part of it at the very least had me intrigued. The same goes for his past projects throughout the aughts, be it Showtime’s Jeremiah or HBO’s short-lived (and cruelly underrated) John From Cincinnati. If his name appeared, there was a jolt of excitement. Hell, I remember guffawing in the theater when he popped up in the opening scenes of Luc Besson’s sci-fi masterpiece The Fifth Element. 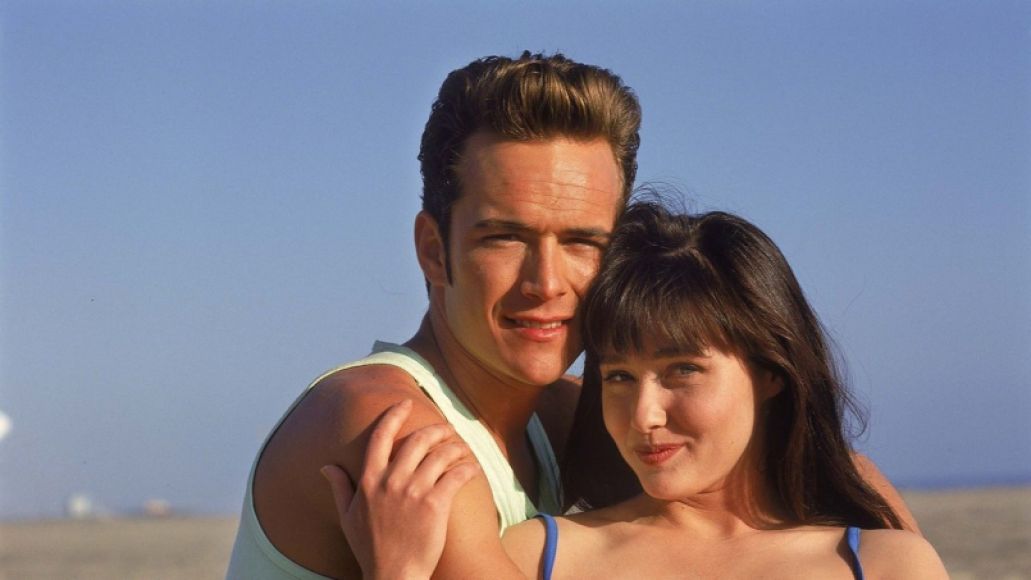 Luke Perry and Shannon Doherty in 90210

It feels opportunistic to discuss these feelings on the day of Perry’s death, that much I admit, but his untimely passing has stunned me in indescribable ways. I’ve written a lot of obituaries at Consequence of Sound, and shed many tears over a number of them, but very few have left me in a daze like this. In fact, when the news hit last week that Perry had suffered a severe and dangerous stroke, I couldn’t bring myself to pre-draft the copy, even if I knew that the chances of him passing were very, very high. It just hurt too much.

As maudlin as that sounds, it’s not without reason. For years, I simply wrote off my adoration for Perry as hero worship, akin to my love for Spider-Man or Axel Foley, but if I’m being honest, he meant so much more than that to me than that. Because really, I wasn’t just attracted to his style or his attitude or his swagger. I was also attracted to him, and realizing that — god knows how many years ago now — was such a comforting revelation in my life. It was a revelation that came without fear, without confusion, and without any sense of ceremony. It just was. It was me at my most cool, and I’ve gotta appreciate that.