Heavy rock legends Neurosis have announced that they will be spending some time on the Eastern seaboard this summer for a quick North American tour.

The Bay Area band, which just wrapped up a run of dates with Converge in Japan, have previously dropped the news of a European trek with YOB that will keep them on the road during the month of July. But when they return Stateside, they will hop back in the bus, starting with a stop August 7th at The Masquerade in Atlanta and wrapping up 10 days later on August 17th at Chicago’s Thalia Hall.

Joining the band on all the North American dates are Seattle doom metal outfit Bell Witch and Brazilian noise rockers Deafkids, the latter of whom are signed to Neurosis’ Neurot Recordings and are playing their first-ever U.S. shows on this tour.

This quick batch of shows are, according to the announcement, just the beginning, as further North American tour dates should be revealed soon. Then, hopefully, Neurosis will start to work on a follow-up to their most recent album, 2016’s Fires Within Fires. In the meantime, you can grab Neurosis vinyl here.

Tickets are on sale here. 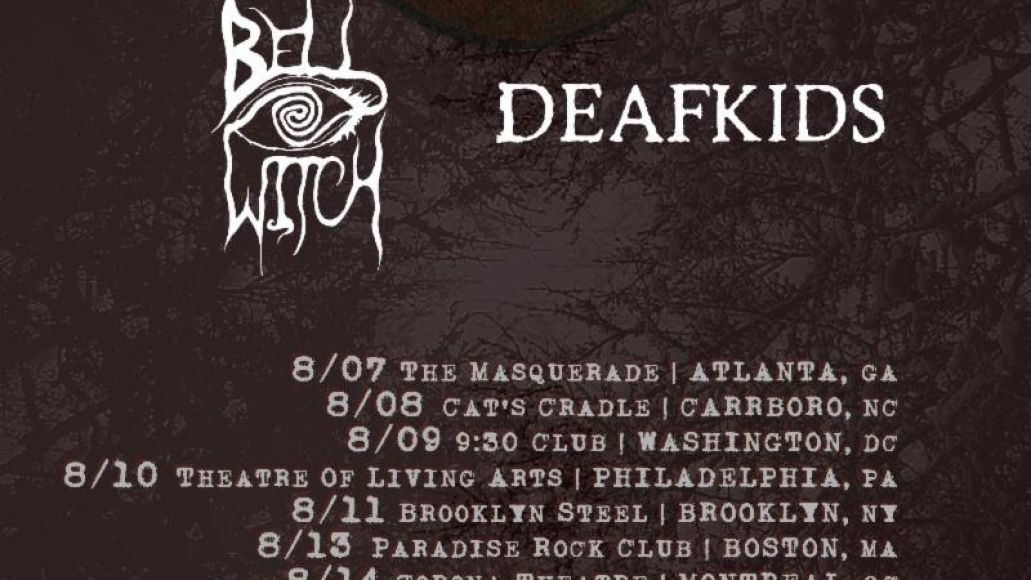