Editor’s Notes: Lights, camera, rock! Our definitive list of Rock and Roll Movies originally ran in February 2018. We’re revisiting it today as we celebrate Martin Scorsese and The Band’s epic concert film, The Last Waltz, which came out on April 26th, 1978.

I’d argue that it’s easier to identify a rock and roll movie than define one. Looking through this list, there are docs and biopics, concert films and musicals, movies with flick-making and generation-defining soundtracks, and films that don’t seem to have very much to do with music at all. And yet, they all feel like they should be categorized under the old devil horns in some way. They boast a common ethos, carry a certain swagger, and feel rebellious in their own, often unlikely, ways. So, here they are: The 50 Greatest Rock and Roll Movies of All Time.

For all these movies (and others) that rock, we salute them. 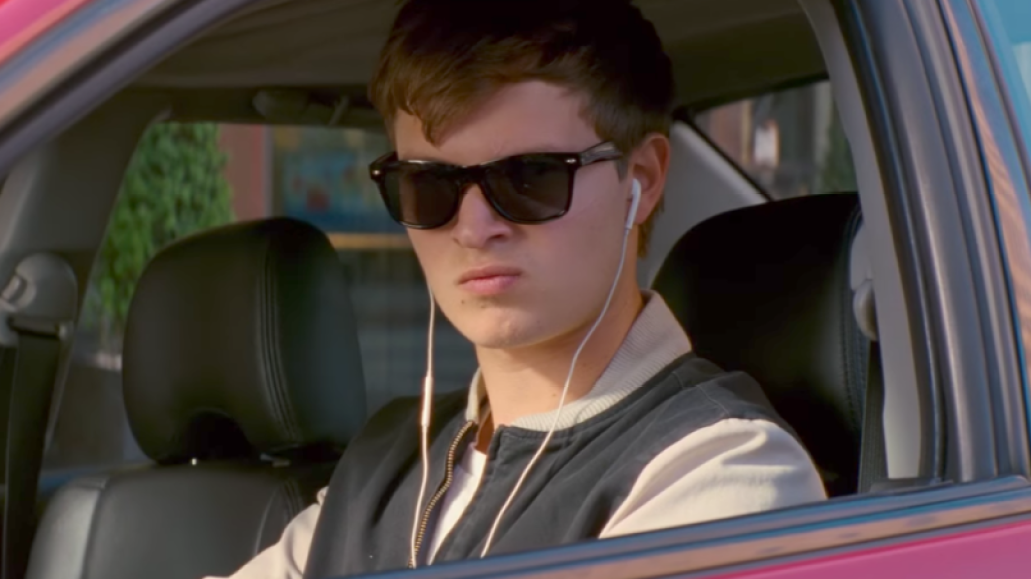 Let’s start our list right, with the most recent entry, one that’ll invariably go down as one of the greats in due time. Edgar Wright’s opus of fast cars, gun violence, and Hollywood romance is built around its soundtrack, and while it’s not exclusively a rock and roll affair (shout-out to Wright’s use of a Young MC deep cut), Baby Driver features the rare modern movie soundtrack that functions as the lifeblood of the film itself. From the crackerjack editing to the perfect scene-by-scene placements, rock music becomes an extension of the storytelling. And because of Baby Driver, a new generation has discovered the glories of The Jon Spencer Blues Explosion. What’s not to love? —Dominick Suzanne-Mayer 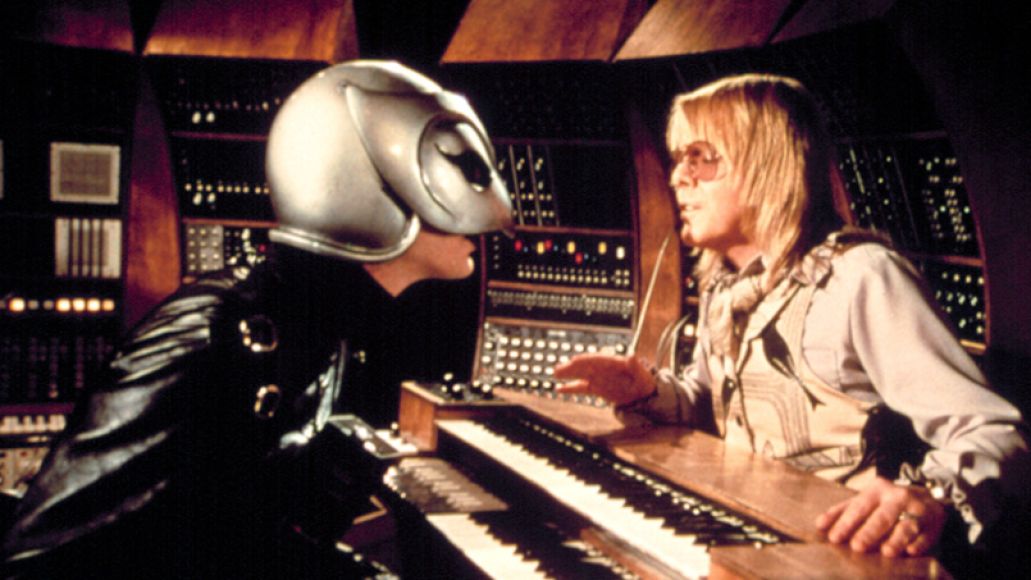 Phantom of the Paradise is Brian De Palma’s most whimsical and traditionally funny film. Good rock and roll has a sense of humor amid the cynicism and melodrama of the music. Phantom sardonically skewers the music industry, turning a record contract into a Faustian deal with the devil. Paul Williams brilliantly plays against type as the evil Swan and provides a wonderfully bizarre collections of tunes for the soundtrack, featuring faux ‘50s nostalgia with “Goodbye, Eddie, Goodbye”, the Linda Ronstadt-style country-tinged pop of “Special to Me”, the glammy “Life at Last”, and the gloriously cynical closer, “The Hell of It”. –Mike Vanderbilt

Song to Stream: “The Hell of It” by Paul Williams 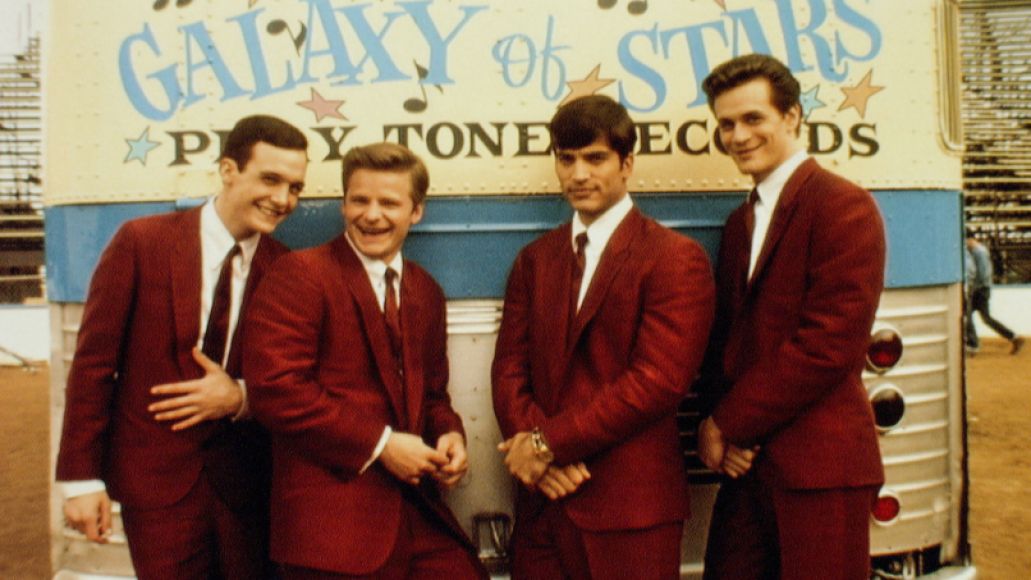 That Thing You Do! hums with authenticity. Tom Hanks’ ode to ‘60s pop rock gets all the details just right. Top-notch set design and costuming paint the snappy tale of the one-hit Wonders. The interaction between the band members feels familiar to anyone who has spent time playing rock and roll with a group at any level of success. It’s the soundtrack that propels the film, with each tune perfectly recreating the popular sounds of the day from Merseybeat to surf rock to Motown girl groups. –Mike Vanderbilt

Song to Stream: “That Thing You Do!” by The Wonders 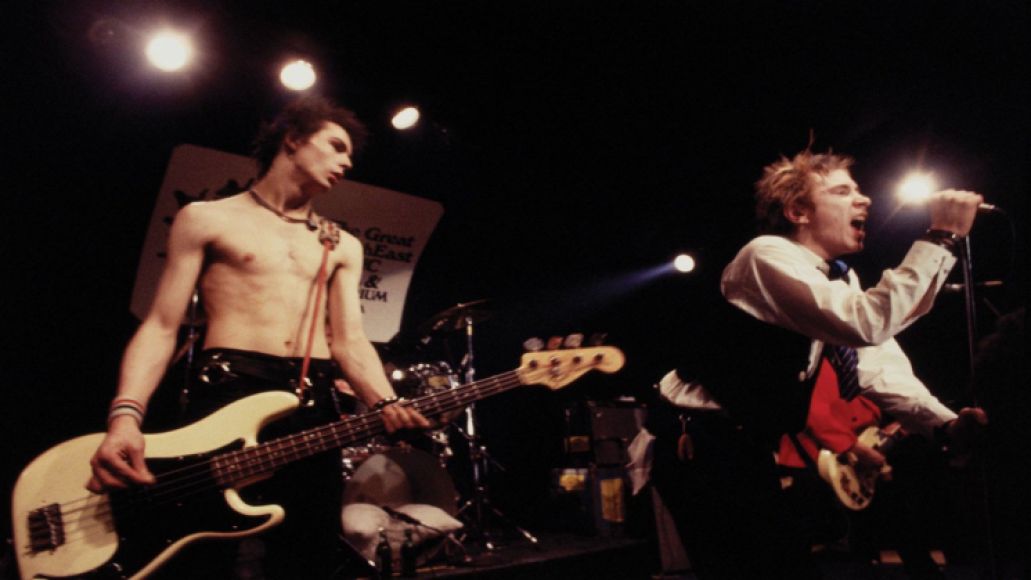 If you ever saw The Great Rock ‘n’ Swindle, you know that it was kinda just that, less a documentary about The Sex Pistols and more an arty dupe (“presented as a mockumentary”) on the part of Malcom McClaren, who sought to control the narrative about the legendary UK band he managed. The Filth and the Fury, also directed by Julian Temple, is an equally biting but proper delving into the history of the Pistols, with interviews, live footage, and Swindle snippets that highlight the true trajectory taken by Rotten, Jonesy, Cook, Matlock, and Vicious, complete with all the scornful words and scathing performances the film’s title suggests. You never get the feeling you’ve been cheated watching this one. –Lina Lecaro

Song to Stream: “Anarchy in the U.K.” by Sex Pistols 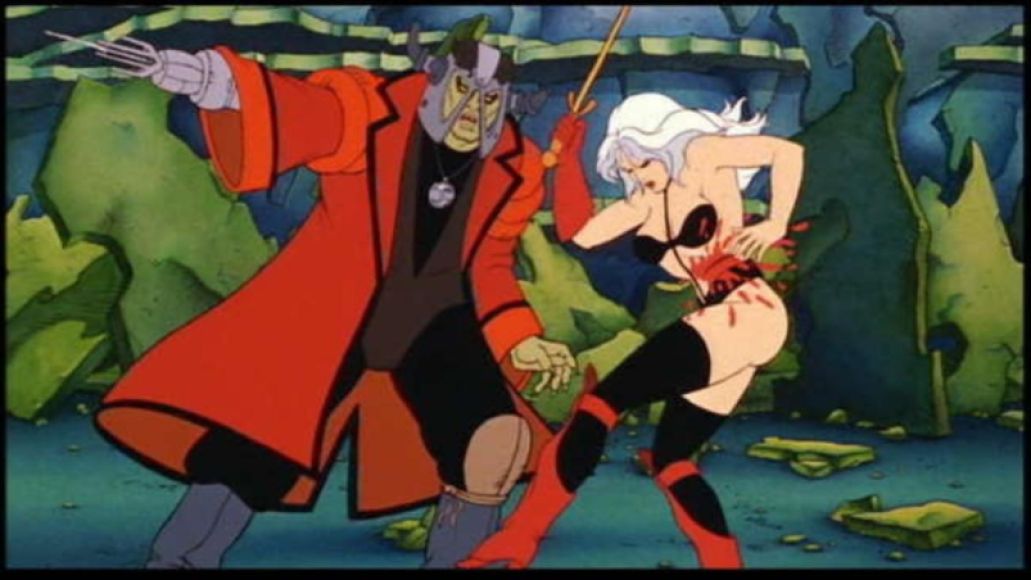 Dungeons, dragons, well-endowed barbarians, bad-ass female warriors, zombie pilots, spaceships, and robots: these are the things that teenagers on the fringe adore. So much of rock and roll is intrinsically tied to teenage lust, and the Ivan Reitman-produced Heavy Metal is 88 minutes of just that. Reitman even brings along SCTV cast members — arguably the most rock and roll comedy troupe around in 1981 — to provide the voices of intergalactic lawyers and nyborg snorting aliens. The gangbusters hard rock soundtrack features Cheap Trick, Blue Oyster Cult, and Sammy Hagar, making the midnight movie smoke like a Gibson through a Marshall. –Mike Vanderbilt

Song to Stream: “Reach Out and Take It” by Cheap Trick 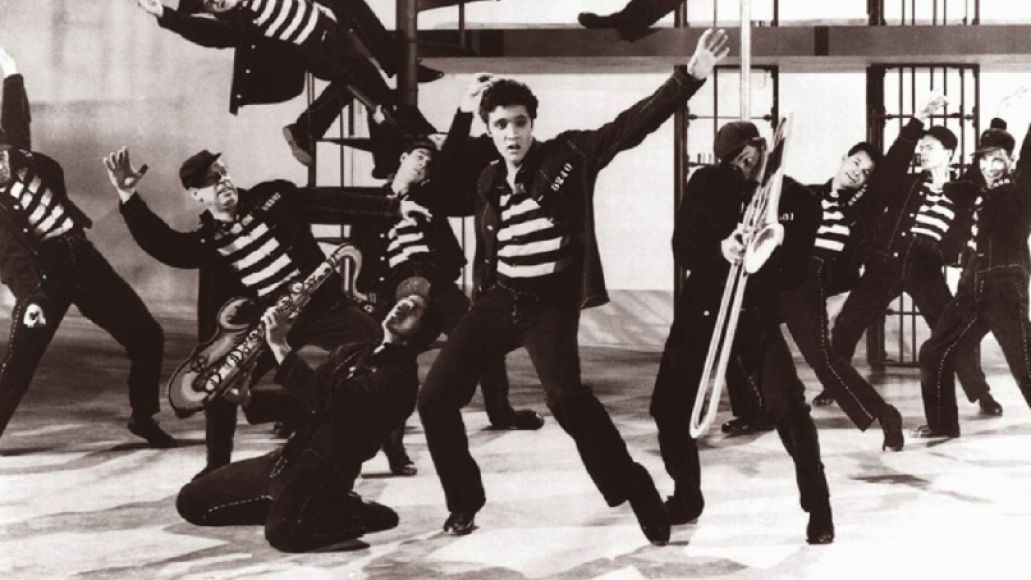 Despite the name and best-known (striped t-shirt) scenes, Jailhouse Rock is not really a “prison flick.” Elvis Presley’s character does go to jail, where he discovers his musical prowess and pursues it once he gets out, but his journey to stardom proves even more challenging than his time behind bars. His James Dean-ish “bad boy” character makes bad choices, and it all leads to an obvious journey of redemption. But this one ain’t about the story; it’s about the exhilarating music and its star, whose charisma was so off the charts that it was quite fittingly criminal. –Lina Lecaro 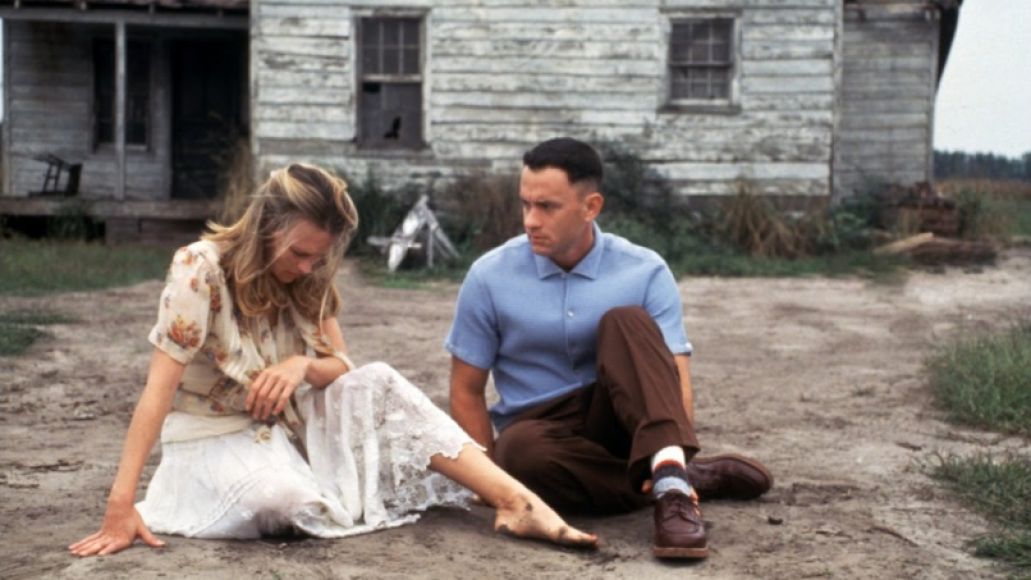 Most films dependent on pop songs count on them to take us to a specific place in time within the movie. The Forrest Gump soundtrack takes us through decades of time. There’s lil’ Forrest dancing to Elvis’ “Hound Dog”. Creedence leads the charge in Vietnam with “Fortunate Son” (a tic that has been used in countless films since). Forrest and Jenny reconnect in “Sweet Home Alabama”. An older Forrest finds himself “Running on Empty” all the way across America (and back again). The songs advance the movie, and you never know what you’re gonna get (I couldn’t resist). –Justin Gerber 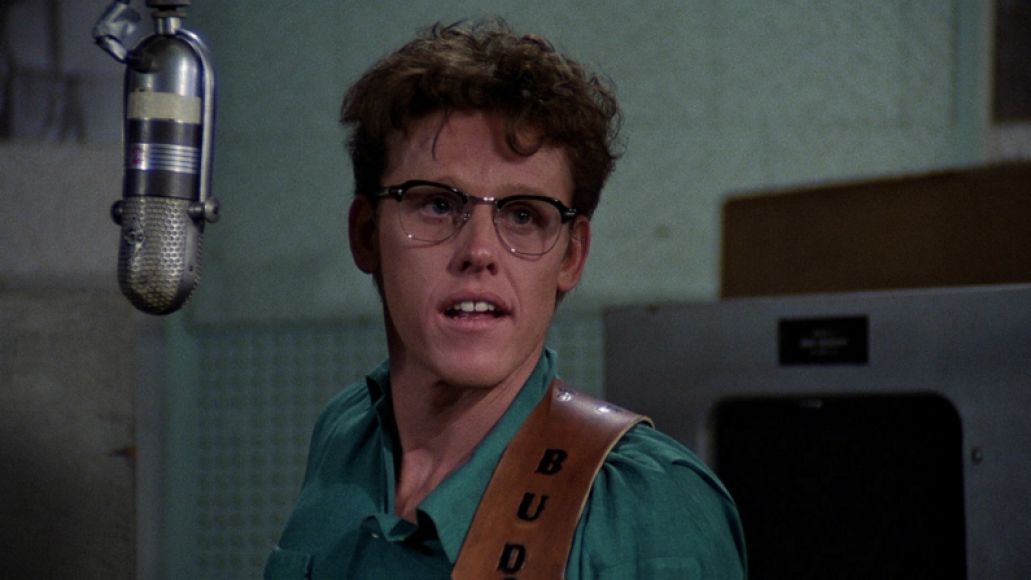 The Buddy Holly Story may not get all the little details right (Holly’s main axe was a Strat, not a Tele), but rock and roll is less about hitting all the right notes and more about the essence of cool. Gary Busey is a revelation as Buddy Holly — a performance that earned him an Academy Award nomination — even performing vocal duties on the Holly tunes featured in the film. Decades on, Buddy Holly’s influence on rock and roll music — from his songwriting to his recording and production techniques to his fearlessness — should be studied by every aspiring guitar slinger. Also, Paul Mooney is brilliant as Sam Cooke. –Mike Vanderbilt 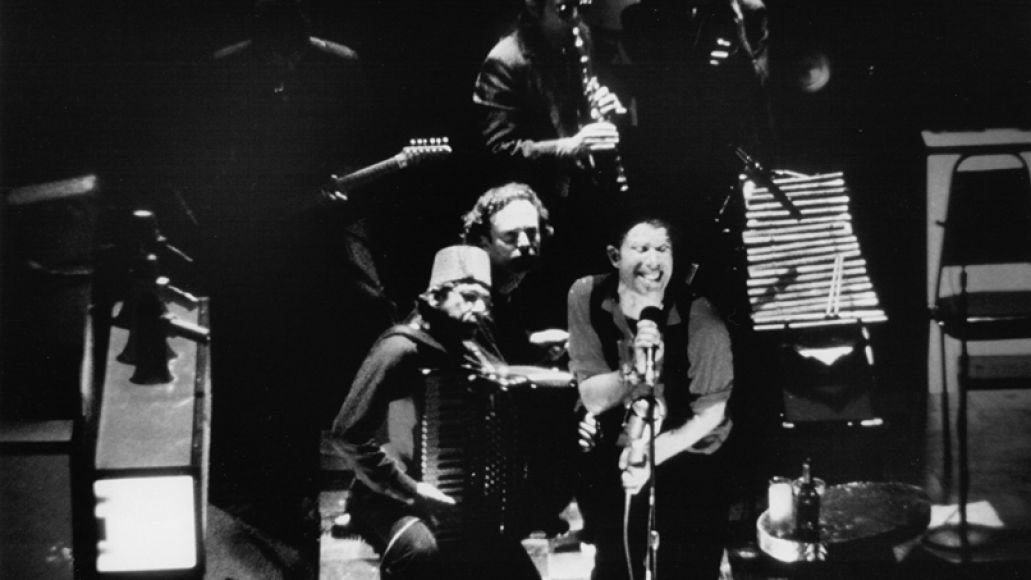 Tom Waits’ Big Time exists somewhere in the overlap between concert film, dreamland, and carnival freak show. Waits and wife/songwriting partner Kathleen Brennan decided to record the last North American shows of a tour and release a mix of the footage as a concert film. While the production’s narrative or a precise account of Waits’ alter ego, Frank O’Brien, may be difficult to decipher, the film somehow seems to tap into a new dimension of the avant-garde performer’s songs as the emotive Waits, for example, sings “16 Shells from a 30.6” into a workman’s lantern while the film cuts to him banging on pipes with a hammer or, in another instance, struts along to a madcap version of “Rain Dogs” that resolves into a festive jig straight out of the old country (which one, who could say?). It’s over-the-top, bizarre, and one of the few concert films that leaves you feeling as though you understand a unique artist just a little better for having been thoroughly absorbed and confused. –Matt Melis 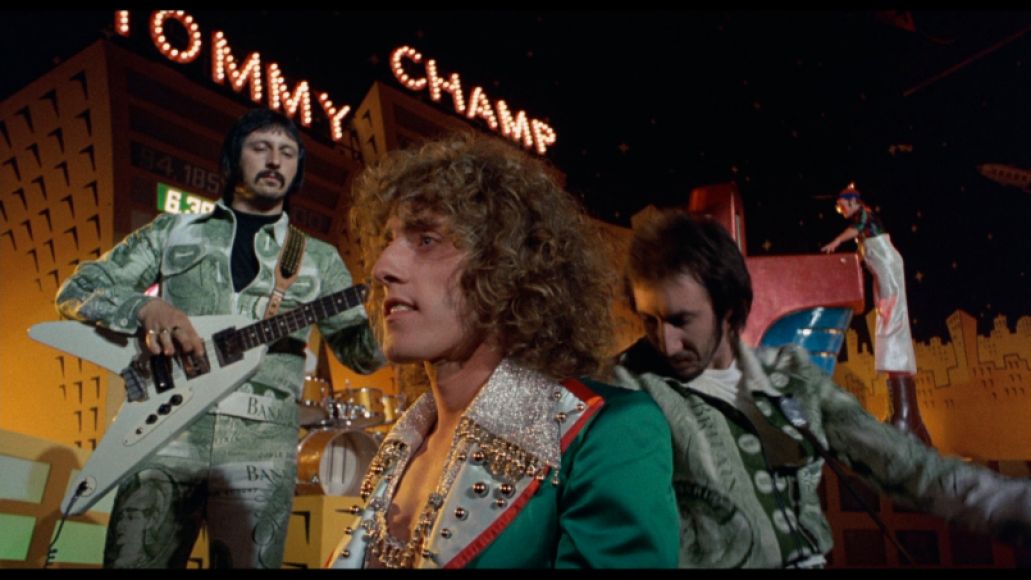 The Who’s Tommy began as an ambitious double album in 1969. Arguably the first “rock opera,” the plot is threadbare, filled with bizarre ideas (a pinball-playing messiah?) from the wild mind of guitarist Pete Townshend. Ken Russell was an inspired choice to bring the story of Tommy to the sliver screen in 1975. Russell’s bonkers visuals compliment Townshend’s concepts, and the film features two showstopping performances (Tina Turner’s “The Acid Queen” and Elton John’s “Pinball Wizard”) and an odd reading of “Go to the Mirror” by Jack Nicholson. The film is weird, over the top, and consistently takes chances — everything you want out of rock and roll. Play this one loud. –Mike Vanderbilt

Song to Stream: “Pinball Wizard” by The Who and Elton John

The 50 Greatest Rock and Roll Movies of All Time