The Damned Things, the rock supergroup featuring members of Anthrax, Every Time I Die, and Fall Out Boy, are plotting a full-fledged assault on the sense for 2019. The quintet recently announced the forthcoming release of their second album, High Crimes, and have now unveiled dates for a US tour, kicking off on May 1st at the Whiskey in L.A.

The group came to life in 2008 when Anthrax guitarist Scott Ian and Fall Out Boy guitarist Joe Trohman started writing music together. They were soon joined by current Volbeat guitarist Rob Caggiano (then of Anthrax), Every Time I Die vocalist Keith Buckley, and bassist Josh Newton, as well as Trohman’s FOB bandmate drummer Andy Hurley, to record their 2010 debut, Ironiclast, and play some live dates.

Since then, the band’s members went back to their respective day jobs but found their way back together nearly a decade later to record a follow-up with producer Jay Ruston that will be released via Nuclear Blast Records on April 26th.

“Normally, when career bands say they made a record for fun, they didn’t — but we actually did. Maybe that’s why this band doesn’t have a career?” said Trohman in a statement about the new album. “Anyway, we’re genuinely proud of it.”

The band has also undergone some changes to its lineup along the way. Caggiano opted not to return to the fold. Additionally, Newton decided to leave the band after helping them write the material for High Crimes, and has since been replaced by Alkaline Trio bassist Dan Andriano.

Along with the announcement of this new record comes a music video for the first single from High Crimes, a nice little rager titled “Cells.” Directed by Brandon Dermer, the video captures the group in the studio and throws a little goofy horror into the behind the scenes antics of making an album and video.

Tickets for the upcoming Damned Things tour are set to go on sale this coming Friday, March 8th, at 10am local time. You can get them here. Meanwhile, the album is available for pre-order here. 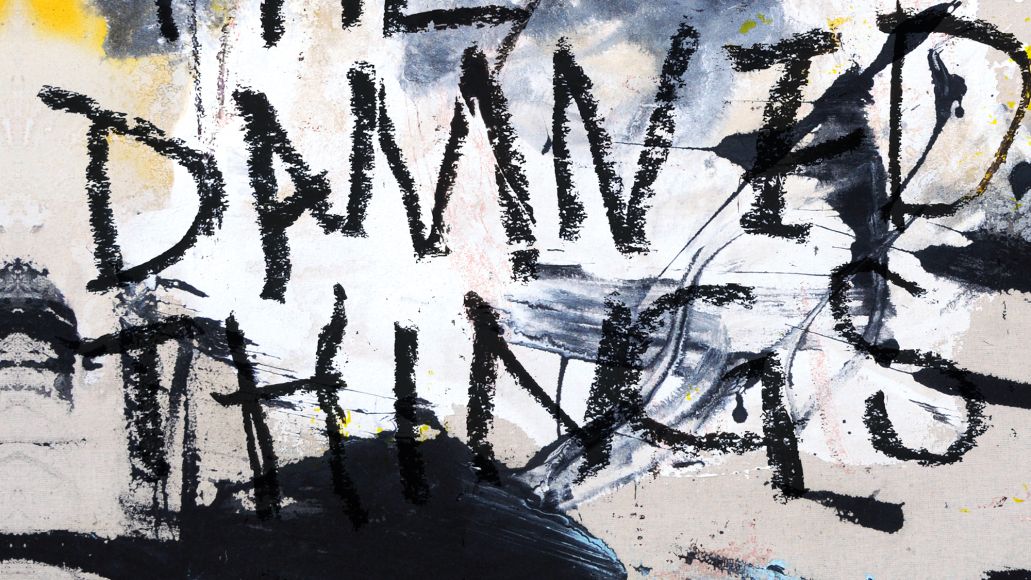