Lang had promised an “eclectic bill” featuring modern hip-hop, rock, and pop acts performing alongside some of the legacy bands from the original festival. To that point, the lineup pairs contemporary stars including JAY-Z, Miley Cyrus, Chance the Rapper, The Black Keys, and Imagine Dragons alongside veteran artists like Robert Plant, Santana, David Crosby, John Fogerty, and Grateful Dead offshoot Dead and Company. 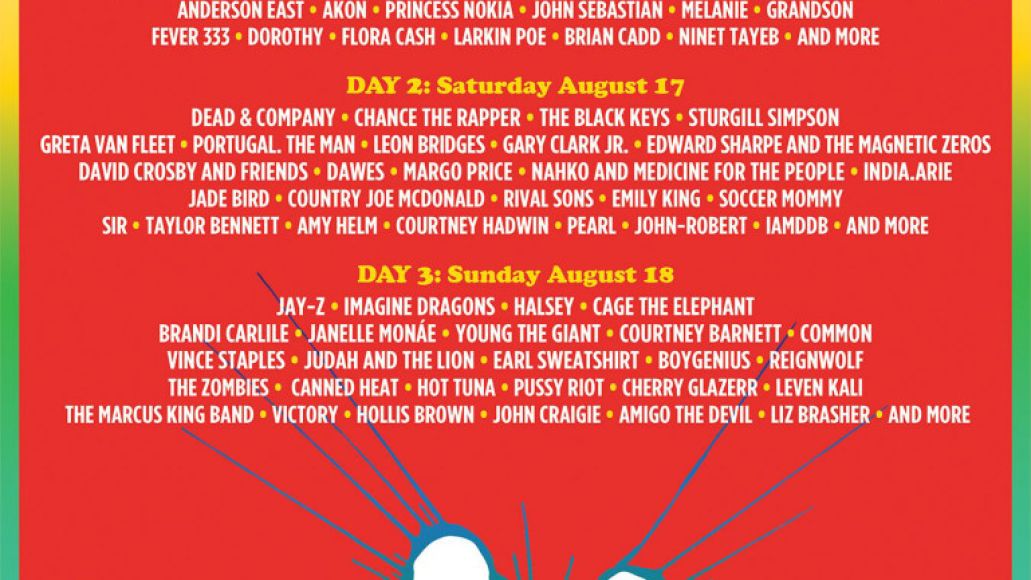 Since the original Woodstock in 1969, Lang has staged several revivals. His most recent attempt in 1999 was nothing short of a disaster. A combination of an excessive heatwave, overpriced water, and poor bathroom facilities led festival-goers to riot and even set fire to a portion of the festival grounds.

This time, Lang promises things will be different. “There will be ‘glamping’ tents and stuff like that,” Lang told Rolling Stone. “There will be those types of experiences in various forms where there’s a real bed, and there’s a chair to sit in and a light bulb. There will also be easier access to portable toilets.”

Ready or not, the 2019 Woodstock lineup is here