This article is presented by StubHub

If you’re just such a music fan (and we suspect you might be, since you’re currently reading this sentence), then we recommend using StubHub to sort out your upcoming concert adventures. The online ticket marketplace gives you easy access to shows and events in more than 50 countries around the world, including the sought-after spring and summer tours that you’ll still be talking about when Thanksgiving rolls around.

In the face of so many concerts to choose from, we’ve pruned that bounty into a manageable list of 20 shows you’d be crazy to miss this spring and summer. Whether you’re on the bleeding edge of American K-pop fandom, planning a legendary night with a former Beatle, or just celebrating the birthday of your favorite Hootie and the Blowfish record, StubHub can turn your concert dreams into I-was-there! reality. 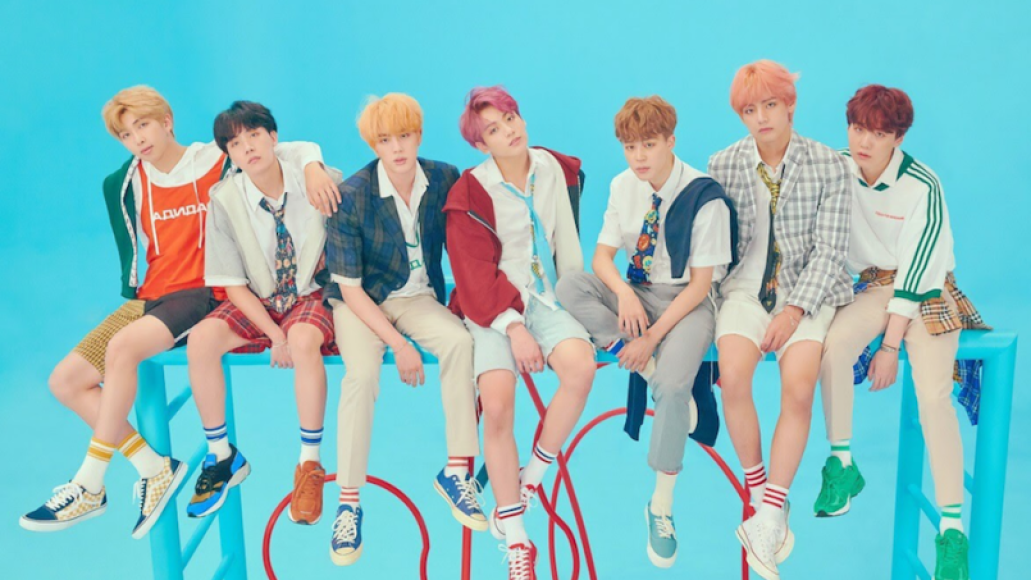 K-Pop is having A Moment in 2019, and the well-choreographed troubadours of BTS are the chief instigators. Fresh off a history-making SNL performance of “Mic Drop” that our reviewer compared to “the glossiest Brockhampton song ever produced,” the Seoul septet are ready to move to phase two of their US takeover: an expansive debut tour that will see them wow stadium crowds at the Rose Bowl, Soldier Field, and more. 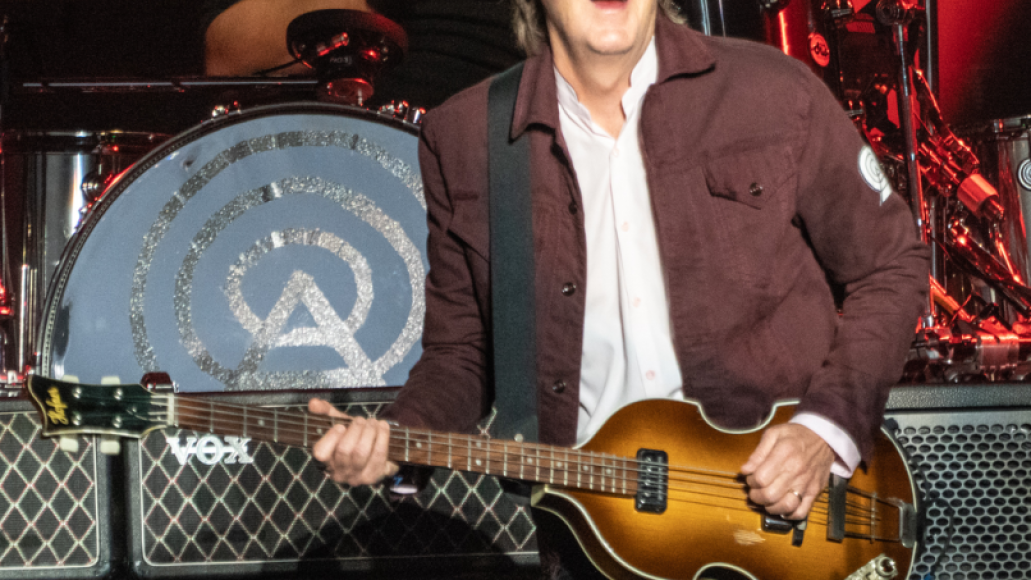 While most men his age spend their days leaving all-caps comments on their grandkids’ Facebook feeds, Paul McCartney is out doing what he’s done for almost 60 years: playing the songs that defined his generation (and, if we’re being honest, every one’s since) to arenas full of spellbound fans. If you’ve got “bask in legendary glow of an ex-Beatle” written anywhere on your bucket list, this might be the summer to cross it off. 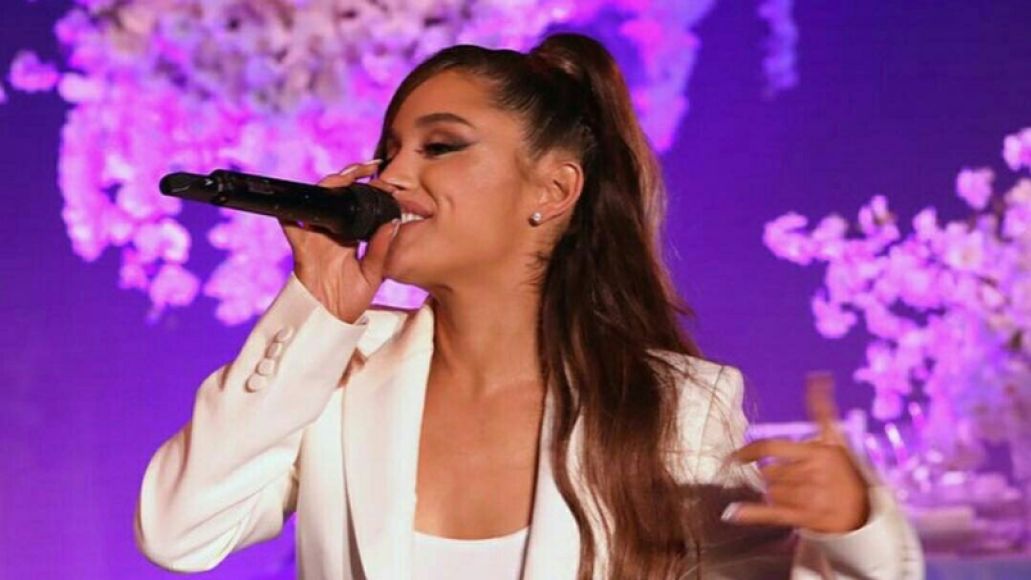 Sound issues aside, Ariana Grande’s performance at Coachella made history in more ways than one. After claiming the title as the youngest performer to ever headline America’s preeminent music festival, the ascendant pop master is ready to take the songs of her two latest albums on a massive victory lap that stretches all the way from April until September. Or, in her own words: thank u, next. 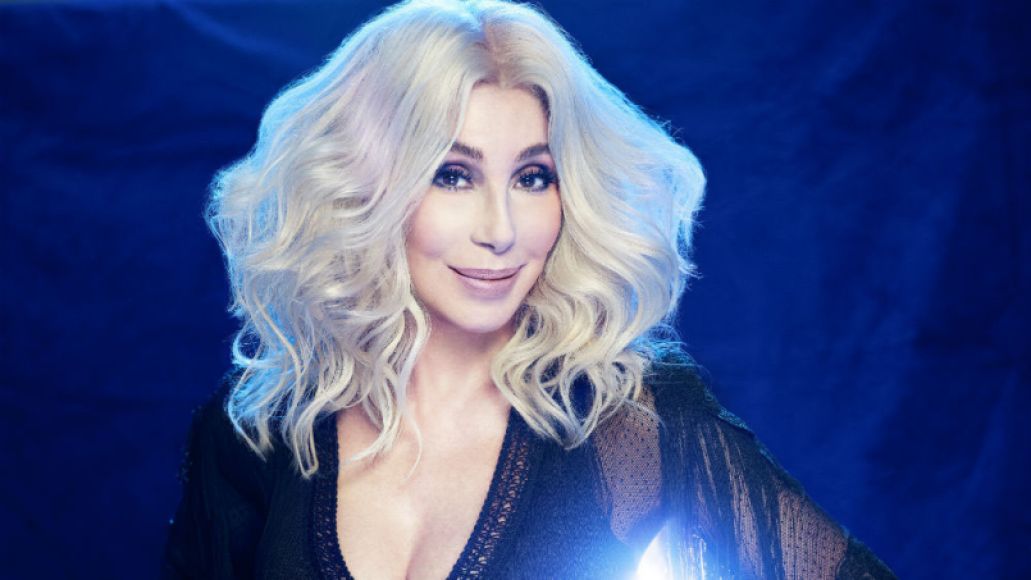 When you’re as talented as Cher, you can do basically anything you want. Marry Sonny Bono? Sure! Basically invent the pop applications of Auto-Tune a decade before anyone else was paying attention? Absolutely! Tour across America in the spring and summer in advance of a two-week Las Vegas residency? Please! That last one is happening now. Adjust your ticket budget accordingly. 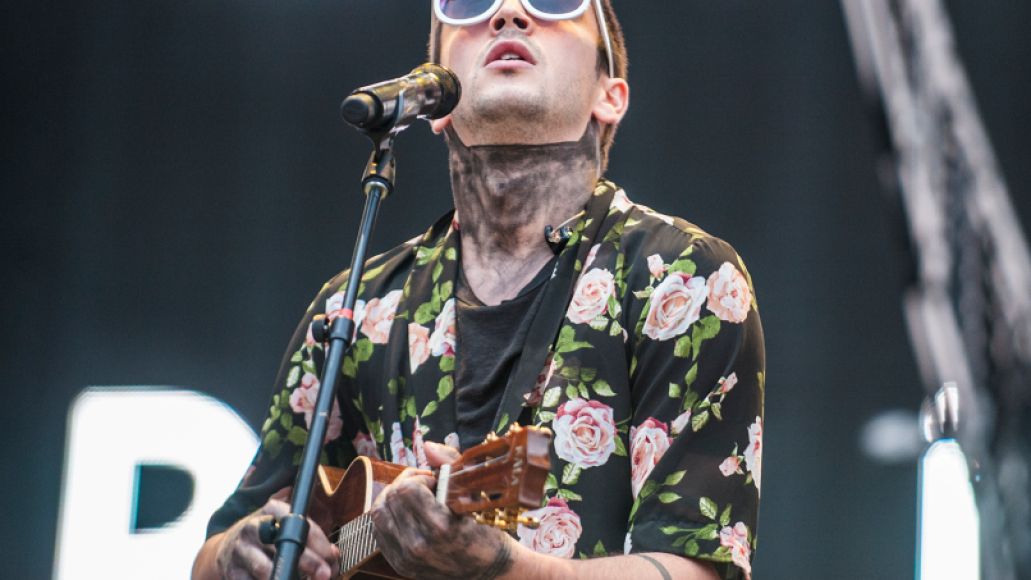 Move over, Beyhive. Make room, Beliebers. When it comes to choosing the coolest fandom name in popular music, the title belongs to Twenty One Pilots and their Skeleton Clique. Members of said Clique will be out in force at Twenty One Pilots shows all over North America this summer, and will likely be represented by an international contingent during the band’s July appearance at Lollapalooza Paris. 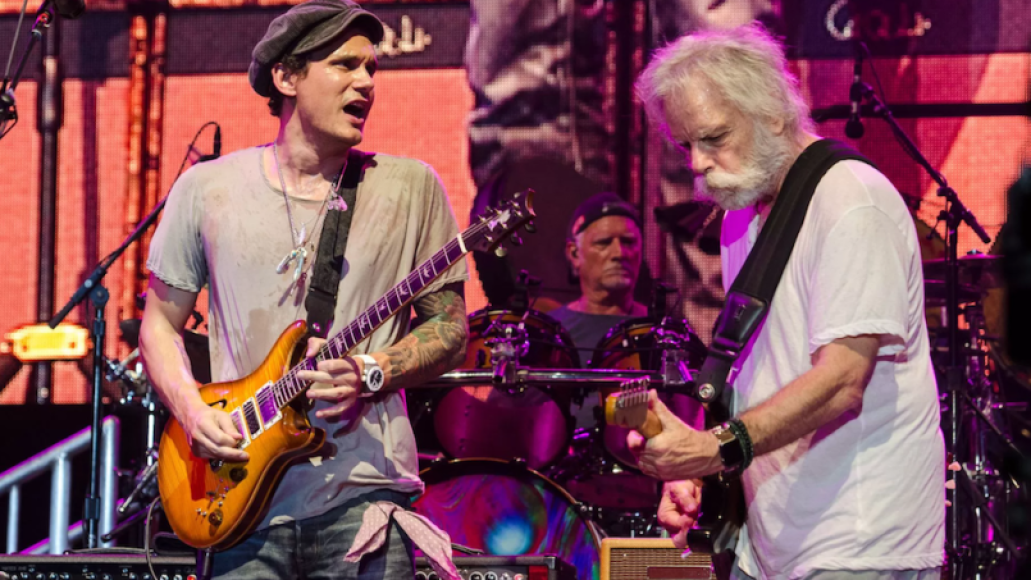 On their tireless tours in the ’60s, ’70s, and ’80s, Bob Weir, Mickey Hart, and the rest of the Grateful Dead invented or refined elements of music festival culture that are still present today. Fortunately for fans, they’re still at it: this summer, they’ll be joined by next-generation balladeer John Mayer for another trip around the country and through the back catalog as Dead and Company. 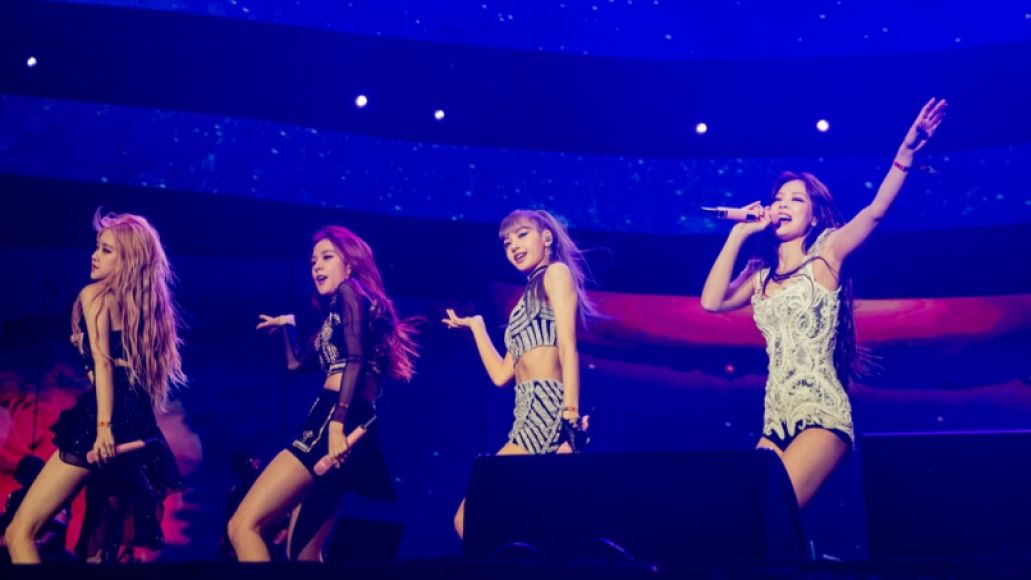 While BTS might be getting the bulk of the coverage, they’re not the only K-pop phenoms with designs on the hearts and minds of US pop fans. The ladies of BLACKPINK are also currently on their own inaugural headlining tour of America, and made their own history as the first-ever K-pop band to play Coachella (a performance we called “a flamboyant expose into the genre [that] packed the force of a globe-trotting revue”). See them now, and brag about it later. 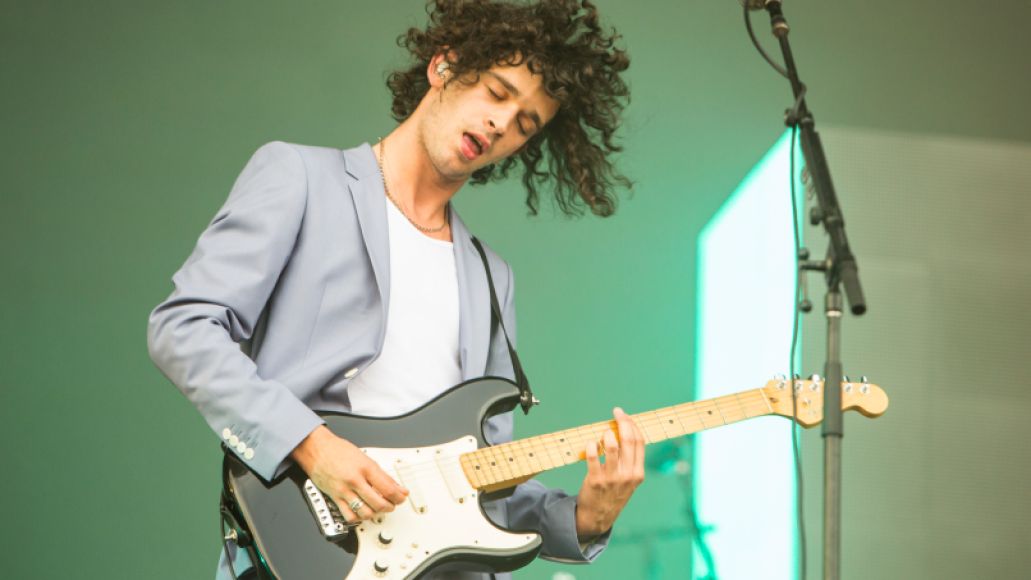 Whether you want to admit it or not, The 1975‘s surprise hit “Love It If We Made It” summed up how many of us felt about the unhinged unrest of our current moment (back in December, we said it felt like “If Billy Joel wrote ‘We Didn’t Start the Fire’ in 2018 with a millennial’s social media feed as his only reference.”). That track, and the rest of the surprising affecting A Brief Inquiry into Online Relationships, will be on full display when Matty Healy and his boys hit stages across the country on their summer US tour.

09. Hootie and the Blowfish 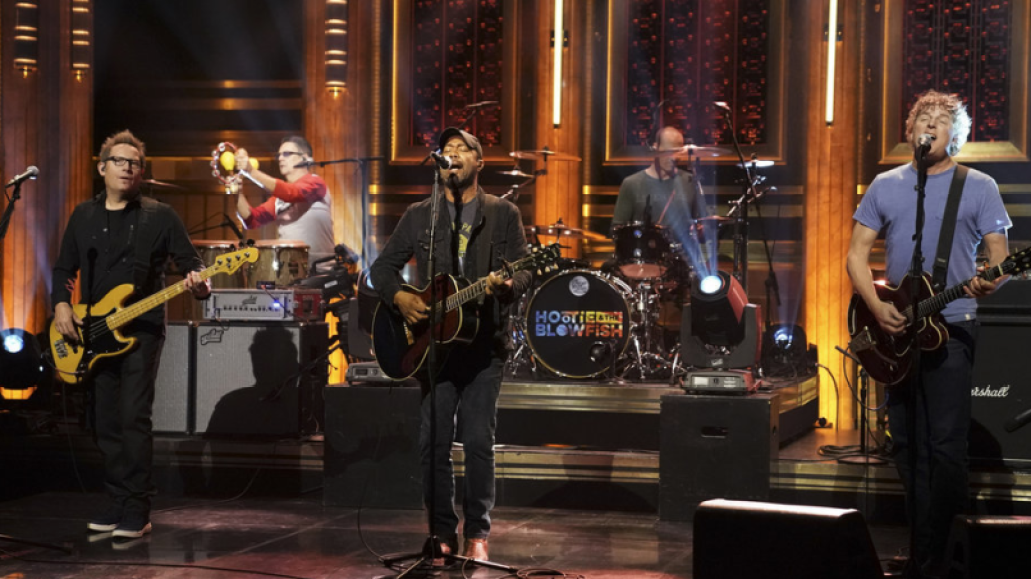 Hootie and the Blowfish on The Tonight Show

It’s 2019, and we’re all comfortable enough in our poptimism by now to admit that Cracked Rear View holds up and then some (you’re probably humming the chorus of “Let Her Cry” right now). A bunch of people seem to agree; just this year, the record was certified as an astonishing 21x Platinum. Celebrate the record’s 25th anniversary, plus the first new Hootie and the Blowfish material since 2005, with the band this summer.

Buy: Tickets to upcoming Hootie and the Blowfish shows here. 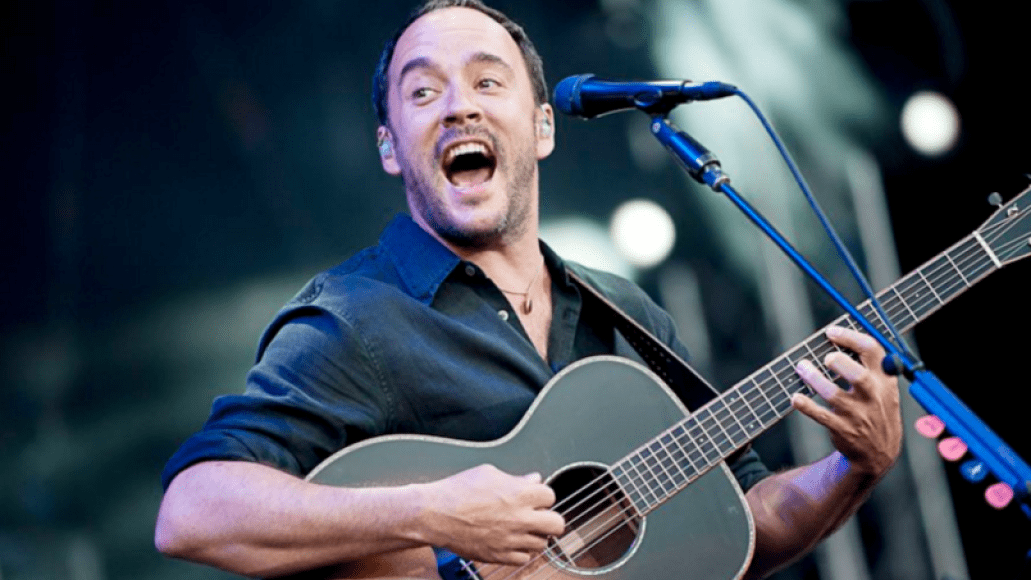 Summertime in America brings with it a few constants: Fourth of July fireworks, the ambient buzz of baseball, and tours from the Dave Matthews Band. Since 1994, the jam band legends have averaged an ironman-like 72 shows per year, many of them coming under the stars in amphitheatres across the country during the months when the weather’s warmest. This year is no different, to the relief of calendars everywhere. 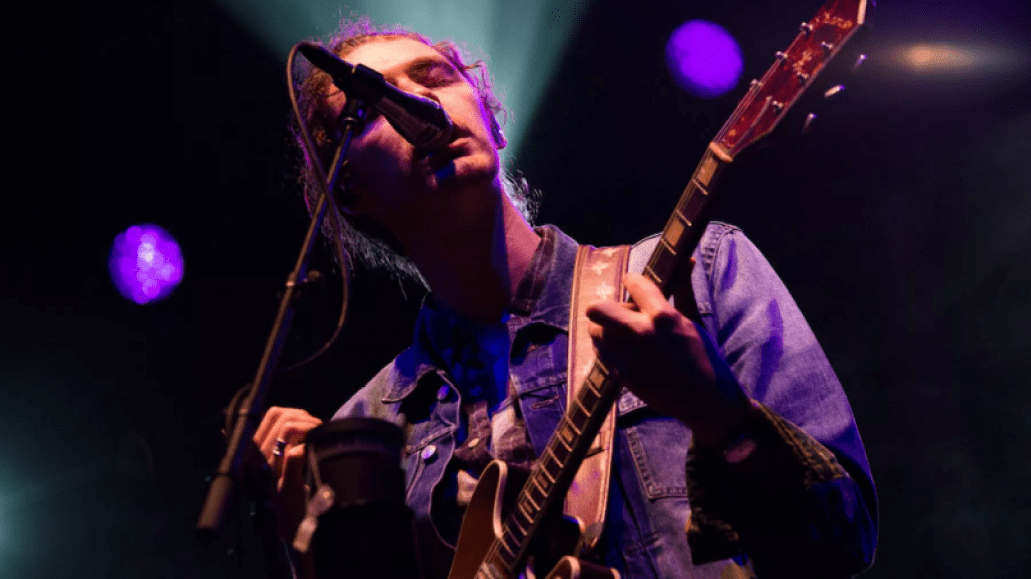 After a meteoric debut with “Take Me to Church” and his soon-to-follow self-titled debut, Irish singer-songwriter Hozier overcame the dreaded sophomore slump with this year’s Wasteland, Baby! (an album we praised as “peaceful and charming.”). Now, he takes those new songs for their first field test with an expansive summer tour that mixes headlining dates with appearances at festivals including Boston Calling, Lollapalooza, and Osheaga. 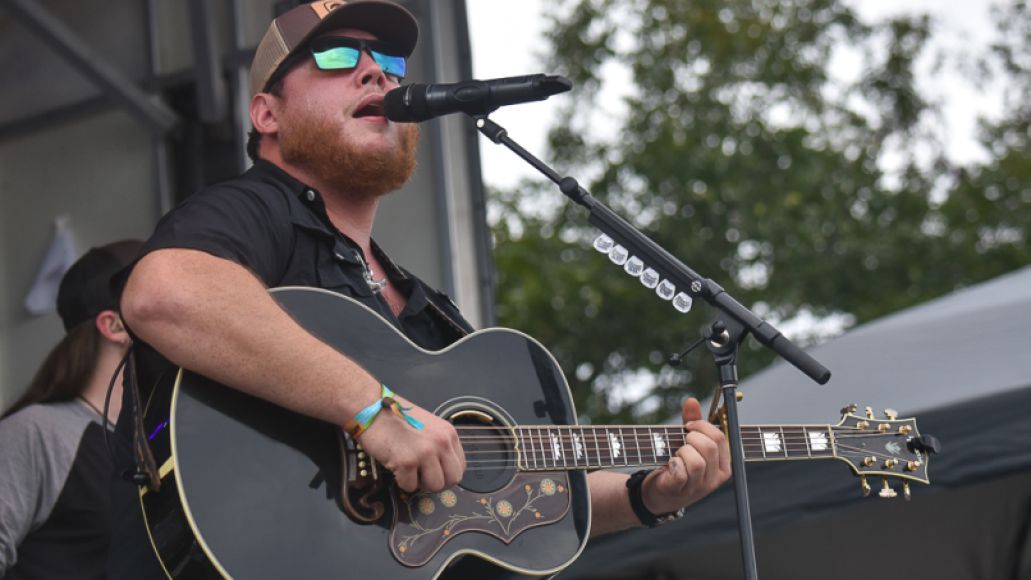 We first caught up with country singer Luke Combs at Austin City Limits in 2017 and were delighted to find that he “adorned his pop-country songwriting with enough eccentricities to reclaim that genre’s formerly good name.” Two years later and three more platinum singles later, and that assessment still stands. Catch Combs’s brand of Nashville country during his expansive 2019 tour, which features dates from now all the way through December. 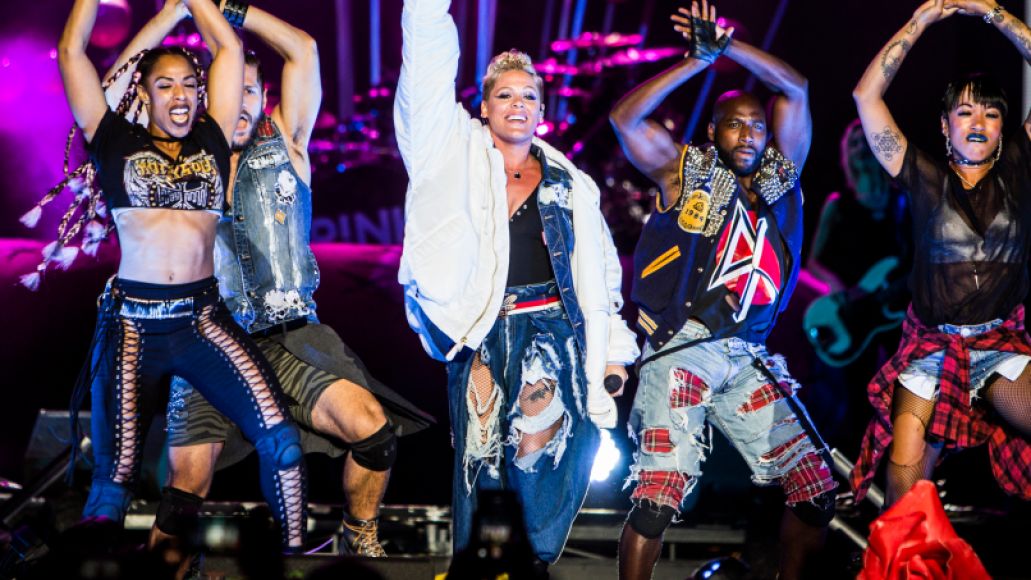 Here’s how you know Pink has made it: when you search the word on Google, hits for the pop star turn up higher than hits for the color that she’s named after. The colorful diva and activist continues her much-deserved career renaissance with a headlining tour of the United States, Canada, and the capitals of Europe before returning to the States in grand style with an appearance before Formula 1 fans at Austin’s United States Grand Prix in November. 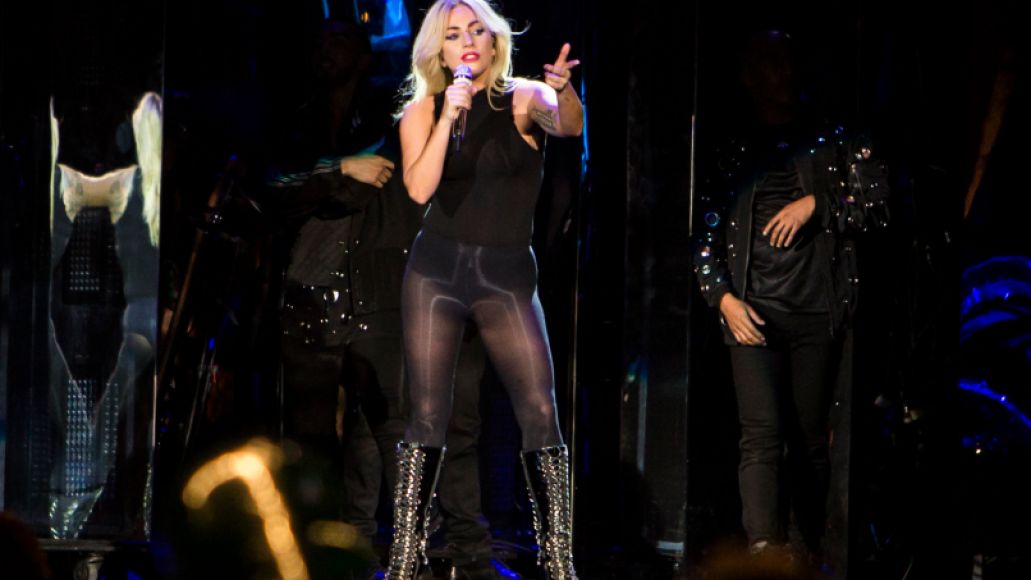 If Lady Gaga’s 2018 was defined by her revelatory performance opposite Bradley Cooper in A Star Is Born, then her 2019 will likely be defined by her continued mastery of her new Las Vegas residency. Split into two shows (the theatrical hit parade Enigma and the intimate Jazz and Piano), Gaga’s performances at Park MGM will delight Little Monsters from one end of the Strip to the other through the end of the year. 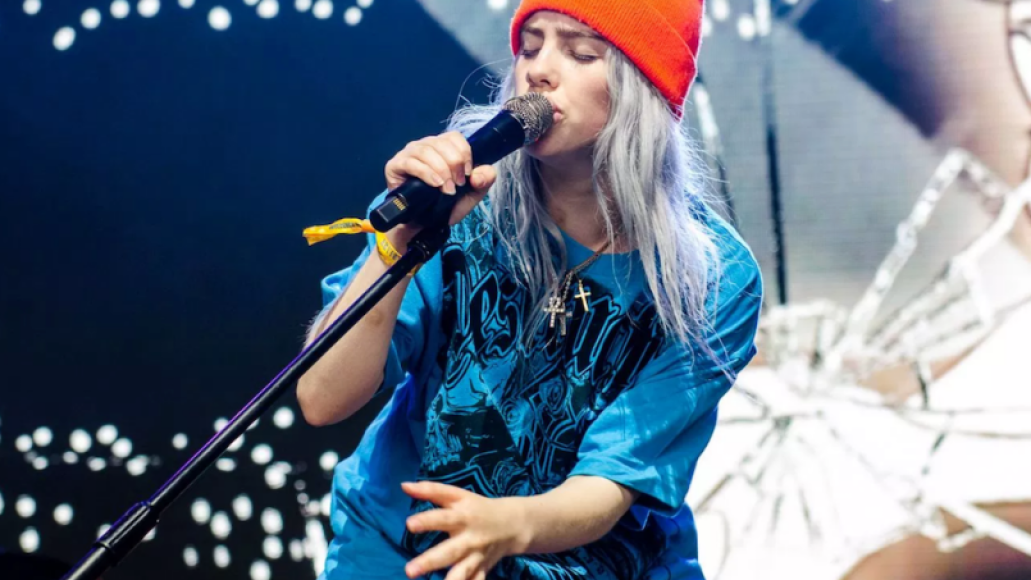 Our relentless stanning of Billie Eilish continues, but c’mon: by now, you’ve probably heard When We All Fall Asleep, Where Do We Go? for yourselves by now, so you know the hype is warranted. Fortunately for early adopters and latecomers alike, there’s plenty of room aboard the Billie bandwagon. Reserve your own spot at one of the 17-year-old’s hotly anticipated summer tour dates. 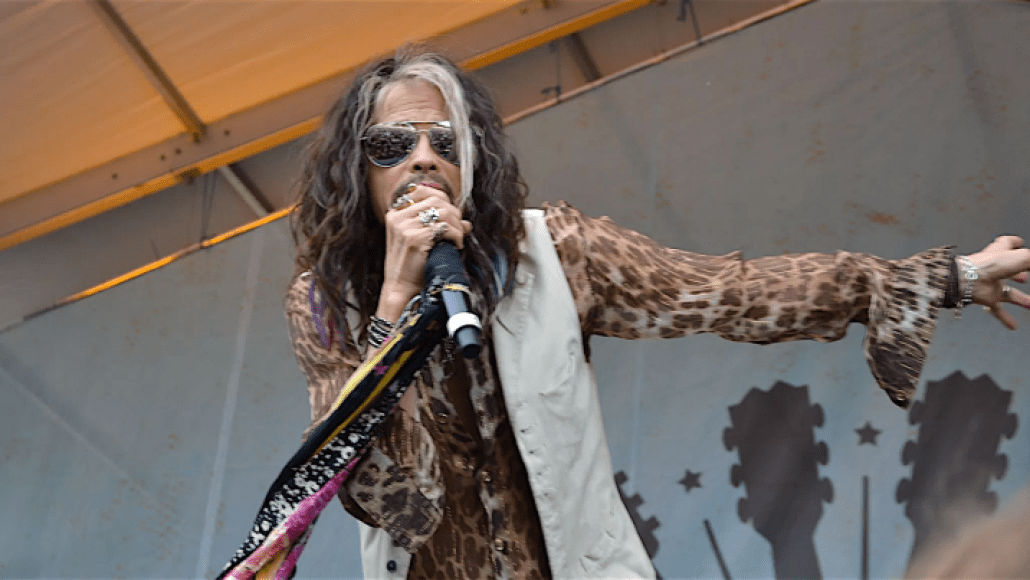 Here’s a guarantee: if you see Aerosmith in concert this summer, you’ll be seeing the only classic rock band to ever inspire its own New World Order-themed first-person shooter arcade game (1994’s intensely bizarre Revolution X). You’ll also be seeing the band behind hits like “Walk This Way”, “Dream On”, “Sweet Emotion”, and way, way more. That’s a bonus, too. 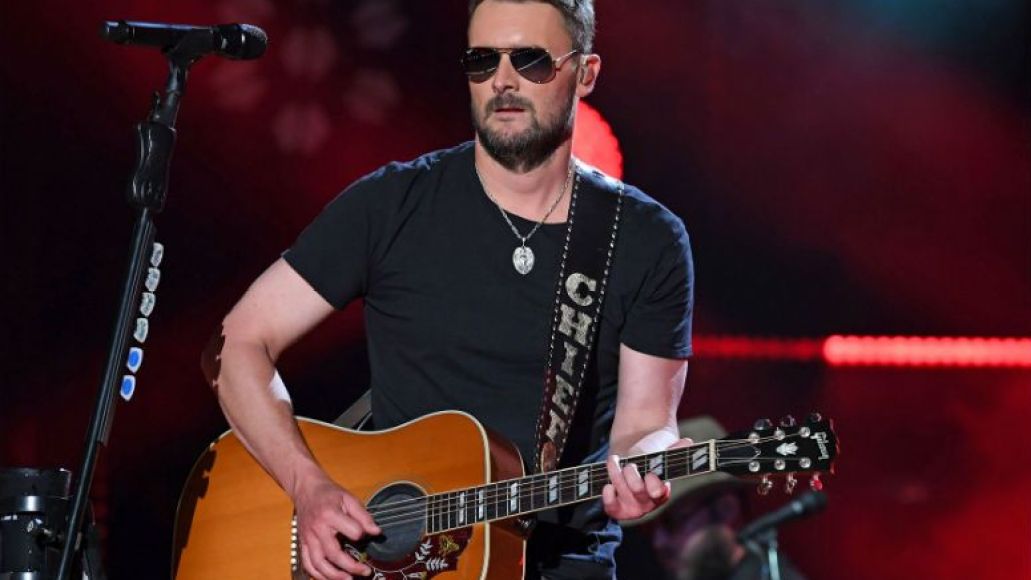 There are few signature styles in music as effortlessly cool as Nashville singer-songwriter Eric Church’s trademark combination of Aviator sunglasses and a Von Dutch trucker hat. Fashion aside, the guy sure can sing, too. Throughout 2019, the multi-time CMA winner will treat fans to his Double Down Tour, whose marathon two-night stands showcase material spanning from 2006’s Sinners Like Me to 2018’s Desperate Man. 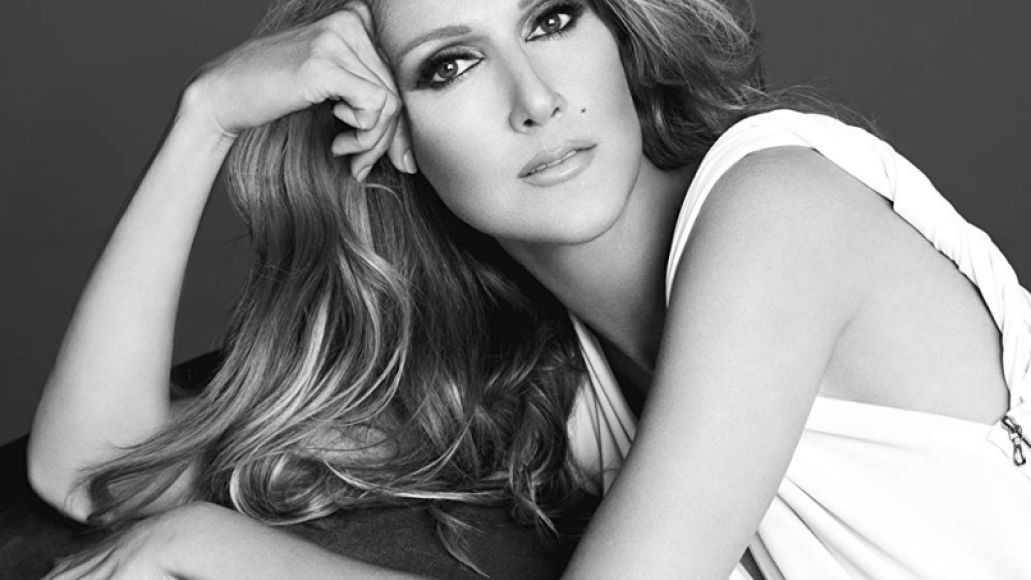 After scoring one of the biggest pop hits of the ’90s with Titanic weeper “My Heart Will Go On”, Celine Dion could’ve quit music then and there with her diva status forever intact. Instead, the French-Canadian chanteuse did the next best thing: conquered Las Vegas. With her current residency ending this summer, she’ll embark on a globe-spanning tour that begins this September in her native Quebec. 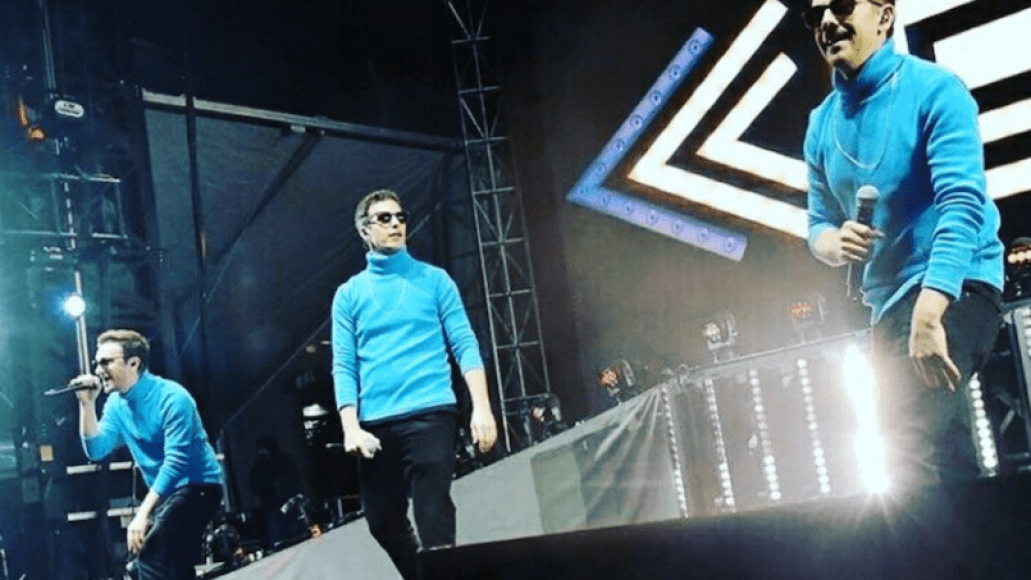 Let’s get this out of the way right at the jump: despite the recent proliferation of music cruises, none of The Lonely Island’s 2019 shows take place on an actual boat. That’s bad news for dolphins, but good news for you: Andy, Jorma, and Akiva will be bringing their musical merrymaking to many of your favorite land-based locations, including Austin, Boston, New York, and Minneapolis (plus an after-midnight set in the wee hours of Sunday at this year’s Bonnaroo). 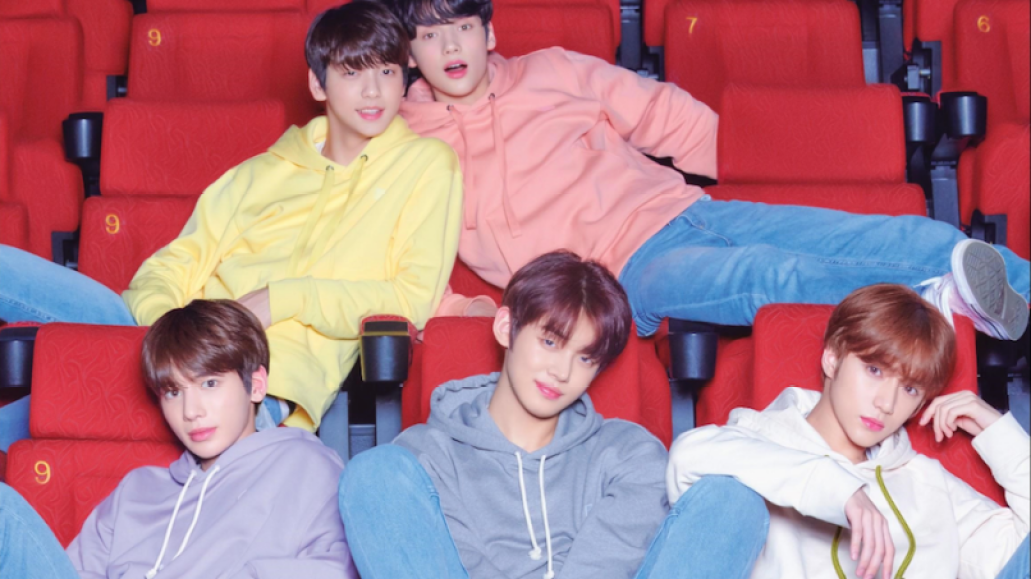 Our final entry in this year’s K-pop invasion is also the newest band on this list. World, meet Tomorrow x Together, or TXT to their fans. Formed in January by the same hitmakers at Big Hit Entertainment who created BTS, TXT became the fastest-charting K-pop band of all time upon the release of their debut EP, The Dream Chapter: Star. Be among the first to see them live at their May shows in New York, Chicago, Los Angeles, Atlanta, Dallas, and Orlando.

20 Essential Acts to Catch on Tour This Spring and Summer