Everyone’s favorite Viking metal act, Amon Amarth, announced today that they will be descending up on North American this fall for a monthlong headlining tour in support of their 11th studio album, Berserker, which arrives on May 3rd.

The Swedish outfit announced the trek in hilarious fashion with a short video from “Viking TV” featuring the band at a press conference that devolves quickly into chaos (watch below).

All the dates of this tour, which kicks off in Seattle on September 26th, will be epic affairs, as Amon Amarth will be joined on all shows by three openers: Arch Enemy, At the Gates, and Grand Magus.

Said the band in a statement about the forthcoming tour: “Berserkers! We will lead a Swedish metal invasion of North America this September and October along with our friends Arch Enemy, At The Gates and Grand Magus. Come fight and feast with us and earn your seat in the great golden hall. This raid is pure heavy f*cking metal and not to be missed!”

While tickets for the tour go on sale to the general public this coming Friday, April 19th, at 10am local time, there are several options to gain admission early through various pre-sales. Folks signed up at Amon Amarth’s website and Citi cardmembers can get their tickets starting tomorrow (April 16th) at 10am local time, while Ticketmaster, Live Nation, local radio and venue presales kick off on Wednesday, April 17th at 10am. If that weren’t enough, fans can nab limited VIP bundles for the North American dates through Amon Amarth’s website tomorrow as part of the pre-sale.

As for Berserker, the album is available for pre-order right now, in various configurations, including packages that contain a t-shirt or colored vinyl or a special limited edition boxed set.

North American fans will also get an early taste of the Amon Amarth live experience as the Swedish rockers are spending some time in May opening for Slayer as part of the thrash legends’ ongoing farewell tour. Tickets for the Slayer tour are available here. 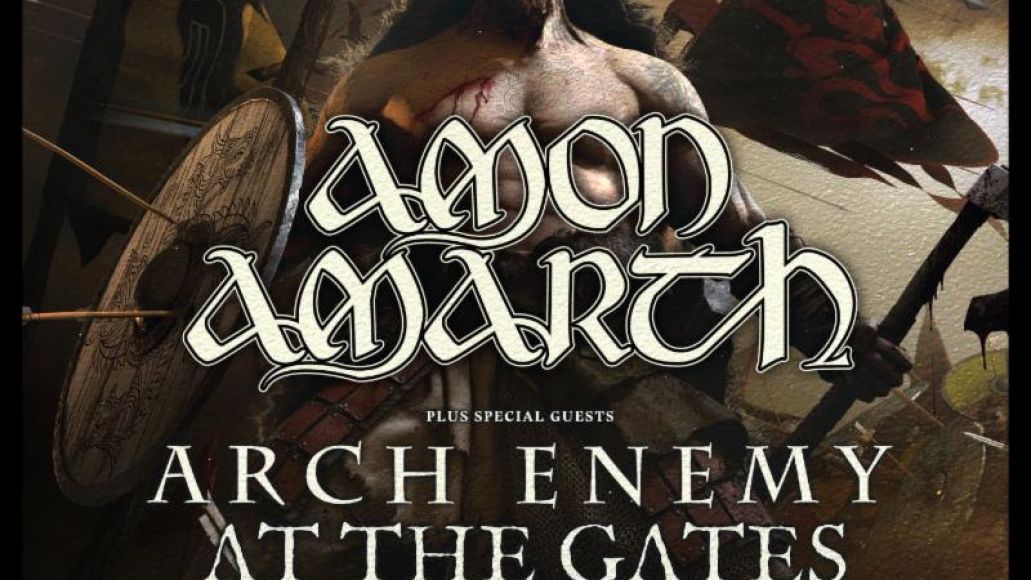