Once you stick a label like “slacker punk” on a band, you set up a series of preconceived notions. Sonically, there’s going to be some lyrical drawling about the failings of culture over guitars that would be thrashing if they’d just up the tempo a couple clicks. Then there’s the persona of whoever’s fronting this hypothetical project, someone intentionally disconnected, shiftless in their output, blasé in their own success.

While you can draw parallels to these concepts and the Los Angeles-based Sego, to do so in absolutes would be as lazy as such juxtaposition accuses them of being.

“I know slackers, and I know punks, and they would all hate me if I took that banner upon myself,” frontman Spencer Petersen tells Consequence of Sound on a phone call from The Cube, the LA warehouse space that long served as his home and remains Sego’s practice space.

Petersen’s songwriting indeed puts a probing spotlight on many societal pastimes and constructs, but not from the spiked-collared, anarchistic perspective. He’s just as susceptible to modern vices of futility as anyone else. As much as the material on Sego’s sophomore album, Sego Sucks, calls into question so many human habits, it’s also a practice of self-examination. These aren’t the songs of a jaded nonconformist, only someone who finds themselves disquisitive about the value placed on cultural mundanity.

These also aren’t the songs of someone who’s trying to sound like LCD Soundsystem or Beck or Talking Heads or Cake. Such comparisons have followed the band since their 2016 debut, Once Was Lost Now Just Hanging Around, attracted popular buzz. There’s something about Petersen’s sing-speak delivery that makes the likening easy, though once again lackadaisical. You could just as well mention OK Go or Menomena and still not quite nail the kind of technically honed, jagged indie punk Sego puts out.

Which is all to say Sego demand closer listening. The rhythmic focus is intoxicating, and the often knotty lyrics are wry enough to draw a smirk. But don’t confuse that with idle music that is here to poke fun at the majority over some slipshod compositions. Slackers have their place, but it’s not here.

Right out of the gate when we put out our first album, we received a lot of fanfare. Albeit small in the grand scheme of things, to me, at the time, it was a big deal. So, we kind of spiked early, and then there’s this natural phase two where people sit back and watch and they’re like, “Let’s see what these guys are gonna do.” Then that dissipates and you feel this weird lull. So, it’s been kind of that upward battle for the last year and a half, which has been interesting. Finally putting out this record that I’ve poured hours and hours into … not just making music, but just the whole visual component — it’s been very well thought out. Having that phase two come out is maybe our shot at capturing that and hopefully giving people a reason to believe that the other stuff was worthwhile.

On Never Escaping Provo, Utah, Even While Being an Angeleno 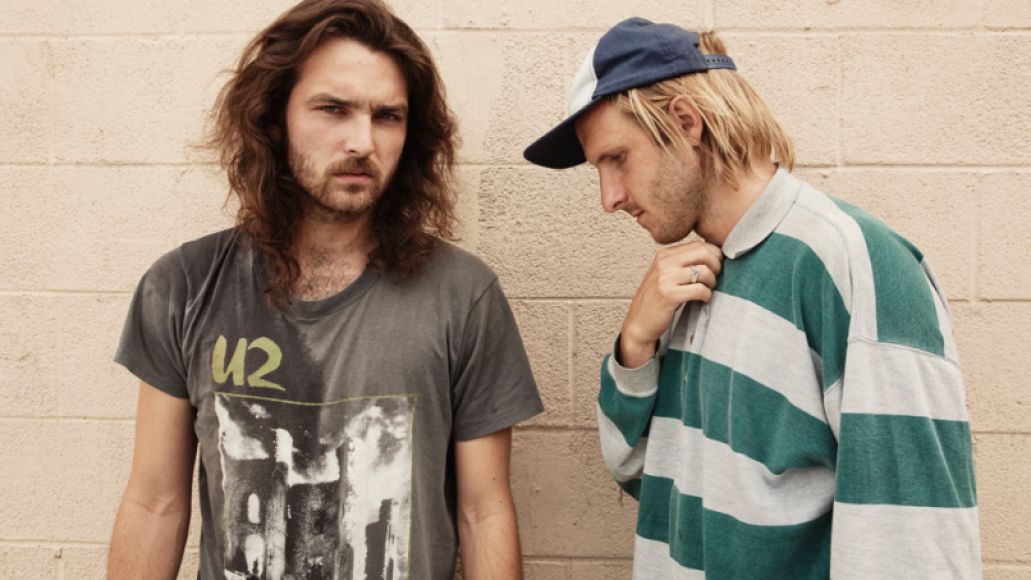 We’ve been in LA for nine and a half years. It’s funny ’cause it’s long enough to be an LA resident for sure, but I haven’t been able to shake off the Utah badge of honor. It’s always felt like my hometown still, even though I’ve been here forever.

Both territories see my personality in different ways. It’s a tug of war. I really do love LA and I find it very trying. A lot of the time when you’ve had enough of LA, you go up to Utah. You’ve gotta recharge the batteries, and it provides a different protective or lens. LA has a pretty bad rep for being a super meat grinder. The year me and [drummer] Tom [Carroll] made it down here, I remember we played every weekend, and we were playing multiple shows. Every sound guy down here is just jaded, salty, old dogs telling us, “It’ll just chew you up and spit you out, you know. Just wait, you think you’re having fun now!” We always had this credo that we’re never going to be that salty, old dog, complaining about how LA just does that to you.

But it does do it to a lot of people. Just being around the pummeling amount of entertainment that comes out of here and seeing people go on meteoric ascents to success while you’re still charging at it. It can work on your mind, for sure. I think that it’s really all just relative comparison that gets in people’s heads.

I initially was a bass player. I studied bass from middle school all the way through college. I worked at it. So, I think in the writing, bass and vocals end up being the first component, and everything else is built around it. It’s less harmonically informative, so it leaves more chord patterns, which I tend to like to play with. It’s kind of all I know to some degree. I grew up obsessively listening to Violent Femmes and Primus. Those bass lines are largely virtuosic and really integral to the song and to the sound. Stuff like that has always driven in, and I’ve always gravitated towards the bass line.

On Expanding to a Four-Piece 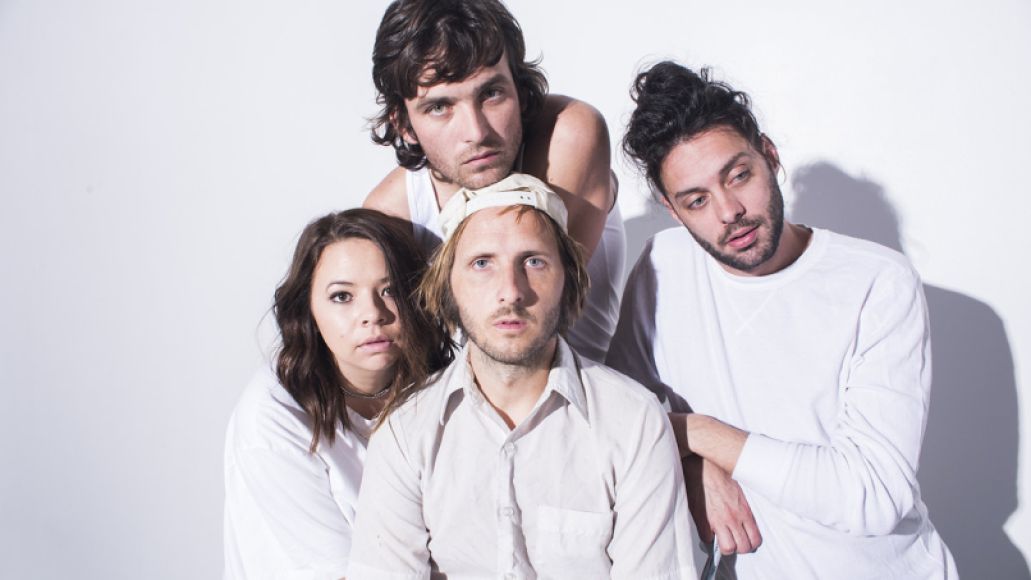 Having everyone locked in has been amazing because I feel like it’s loosened us all up and intensified our live performance to allow us to get a little bit more experimental and big with the sounds, and that winds up influencing the writing because you know what you’re capable of. Making a band is freaking impossible. There’s kind of like the trifecta, right? The chops — you gotta be able to play the stuff — you have to look cool, and then you have to be a cool person because if everything works out, you have to live with them maybe forever. I was just joking the other day … if you’re in college, making a band is easy because you have all these people who don’t realize the decision making’s impact on their lives. They’re willing to dive head first into a band and just go for it. Whereas you get down to LA and everyone’s a little bit more methodical: “Is this a career opportunity for me?” “Is it gonna provide?” It’s not very easy to find that magic combo once you’re out of college. It’s a struggle, but I think we landed on our final four.

I played in different bands with [guitarist/keyboardist] Brandon [McBride] for years, and he’s also from Utah, so we have that hometown connection. [Bassist] Alyssa [Davey’s] is like 22. She’s the youngest in the band, but she’s been playing in this gnarly Zeppelin cover band in Santa Barbara with hometown friends forever. We ended up picking her up as this young virtuoso player, which is random, but she’s actually the last piece of the puzzle. It’s nice. 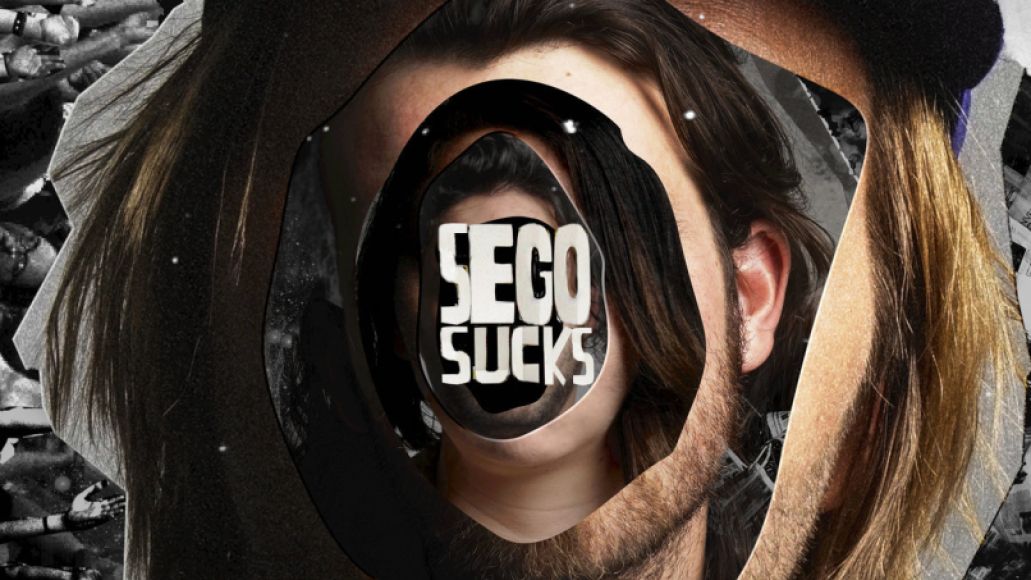 The first record shared six or seven different mixers and as many different producers. It was just kind of all over the place, and after we put that out, I wanted to do the opposite. Go and record an entire record in one go and discover it in the studio, as well. I’d have trouble re-creating demos, and so a lot of the actual recordings on the first record are the actual demos that I just built out. I tried to re-record them, but there’s this thing that happens when you record something. You find the magic in the demo; then you go out and record again. It’s horrible. Hate it. So, I wanted to avoid that. I had a few scraps of the songs, and I took them up to Canada, and we spent a month in this church in the middle of nowhere, and we recorded in the middle of winter. I also wanted to change it up, because it’s a very comfortable, lax environment out here, and I kind of wanted to do something harder that informed the process a little bit more.

On Working with Producer David Newfeld

Dave’s process is such that you can’t really obsess over every detail in the same way as you can on your laptop. So, there’s a lot of really human, imperfect things cooked into these tracks, and, actually, I needed that. Because you fall into the traps of over-editing, over-perfecting everything. Everyone has those tools, so to go outside of the box is like a commodity.

Anyone who’s worked with Dave Newfeld knows that the recordings you get in that studio are extremely intimidating to try to translate into a live world. It’s kind of this interesting composition process you go through. Especially, I shudder to think of what Tom would do, because the parts kind of veer in and out of each other really, really kind of haphazardly, a lot of times. It’s just a lot to memorize. And that’s just Dave being Dave, you know. I love how the recordings turned out.

On Writing Lyrics on a T9 Flip Phone

I have this flip phone, and I had a friend who just mailed me an iPhone out of the blue, because he was tired of having to deal with my text. But actually I prefer the T9 because it’s easier to type with one hand while you’re laying sideways. My favorite kind of writing moment is just in that kind of twilight before you’re falling asleep, and your brain allows itself to kind of relax and go into a stream of consciousness. And you know, it’s like 70, 80 percent garbage. But it’s strange how it all kind of connects thematically, in a magical way, for me. Because if I’m in my room, and I’m sitting down with a notebook, then I definitely have a tendency to overthink things. So that moment is definitely kind of ideal for me. 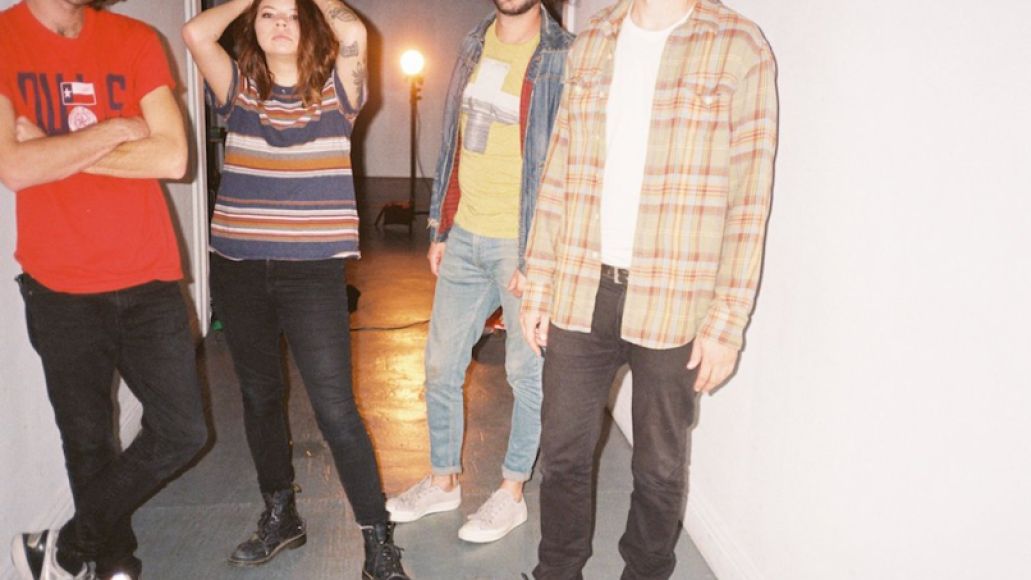 Like I said, I got this iPhone, with which I’ve kind of begrudgingly fallen into every trapping that I loathed in other people. You know, now I do it just like everyone, which is annoying. So, I’m in the process of going back to my old phone now.

I was late to the game on Facebook back in the day, as well. And it’s not for any high-minded ideas or anything. It’s literally because I know myself enough to know that I am going to do everything that I don’t like in other people, when they’re on their phones or on Facebook all day or whatever. Sure enough, when I got Facebook, I did the same thing. That being said, you know, it does help with social media, and I do a lot with the design element of the band, so it’s been good with that. I did get an iPad recently, which has kind of changed the game, and that, I think, will be the death knell to this iPhone, for sure. I’m not anti-technology, I’m just more — I’m anti my own addiction. I know that that’s just gonna command my life. Just trying to avoid the inevitable, basically.

As far as on this record, a lot of the ideas are that I feel like there’s too much emphasis on things that aren’t that interesting or aren’t that important. So, I’d rather not be involved in that kind of stuff. I’d be quick to clarify that I don’t have any real fantasy about being above caring about mundane things. In fact, that’s kind of a part of the struggle. Same with like the Facebook and phone thing. It’s not so much that I’m here singing these words and making these messages of like, “You people are lost and you need to figure it out.” It’s very much inward focused as well. I’m no exception to the rule. I’m just as guilty of any of this as anybody. Therein lies the title of the record, you know?

Artist of the Month Sego on Their Sophomore Album, Avoiding iPhones, and Apathy