Track by Track is a new music feature in which we give an artist the opportunity to dig deep into each song on their latest full-length release, one by one.

In contrast to the urgent anxiety of their post-rock, Bars of Gold are a leisured bunch. Both their lives and their music are carefully measured, but the former also means the latter often takes longer than fans may hope for. Over the last six years, they’ve worked on grounding themselves by forming families, cultivating their friendships, and building their new rehearsal space after their last one got washed out during a superstorm in the summer of 2014. Now, after all that patience and perseverance, they’re ready to unleash their new album SHELTERS.

Before making the new album, someone suggested they shed one of their three guitarists. But Bars of Gold is built on the bonds between their musical family, so instead of reducing their numbers, they fortified them by adding a fourth guitarist in John Gaviglio. Added to the ranks of Detroit instrumental jammers Wildcatting (guitarists Ben Audette and Scotty Iulianelli, with bassist Nick Jones) and members of Bear vs. Shark (guitarist/vocalist Marc Paffi and drummer Brandon Moss), Gaviglio brought yet another layer of affirming maximalism.

Another testament to their unhurried approach to making music, some of the songs on SHELTERS date 10 years to the earliest days of the band. Others are inspired by the confidence and appreciation the members drew from becoming fathers. All of them capture the dynamic intensity and bellowing vocals of a group of friends clearly meant to make songs together — however long it takes.

Ahead of the album’s official release tomorrow, April 12th, stream the entire thing below.

For a more in depth examination of the SHELTERS, Paffi and Moss have broken it down Track by Track. Check out what they each have to say below.

“Worthless Chorus”:
I have to be honest, this is a 70s rock song with an ending that makes me want to crawl in a swamp (that’s a good thing). It was a natural first song on the record. — Marc Paffi

It was originally a much slower funk/rock song, that I imagined would have a super long, repetitive and hypnotizing middle section. It got churned through “BOG machine” and presto(!), a sweet first song. Koltay suggested we add some additional vocals from Julie (his wife) and her sister Loretta (they both also sang on Wheels), and they killed it with their singing at end. — Brandon Moss

Scotty said it’s something like an “unsuspecting pop song made up of seemingly disjointed parts. [To him], it’s our version Beefheart’s “Frownland”. For me, it’s this idea of having these weird circular beats, that I’m sure trained musicians aren’t exactly playing, but rhythms I nonetheless definitely hear in music. It’s like sometimes you think you know what someone is playing musically and then you see them do it, and you were completely off. I’ve used Steve Reich’s Music for 18 Musicians as my go-to “baby calming record” (thanks for soothing my upset spawn, Steve Reich ♥️). But, after seeing the composition live a few years ago, I definitely misinterpreted what was going on. Nonetheless, I had a bunch of good ideas flowing from it despite how off I was. The drumbeat for this song was one of them. — BM

“$20”:
This song makes me have to dance… Not “want” to dance but have to. It’s got Scotty written all over it. His initial guitar power funk part drills holes in my brain every time we play it. — MP

Right after we built our current practice spot, Scotty and I were messing around, and he asked me to play my “favorite drum beat.” There was this one live version of “There Was a Time” by James Brown that used to blow my mind, because I couldn’t figure out what the drummer was doing. I came to find out that it was two drummers playing, which why it’s so crazy to listen to. This song’s drum beat is my interpreted (or misinterpretation?) of what James Brown & the JBs played. — BM

“Sometimes”:
“Sometimes” is a total krautrock song to me. Lyrically this song means a lot to me. I’m singing about mental illness and trying to harness the positive and negative of going in and out of an episode. — MP

This is one of those times when a song essentially wrote itself. I had a idea for a drum beat, that crashed swimmingly with everyone else’s ideas of the song. The idea was to keep it tight and tense, but with a chorus that sounds like you’re falling down a giant set of stairs. We kept trying to make it a much longer song, but it just seemed right as it is. — BM

“Beans”:
I luuuuuuuv playing this song live. It really captures what I think is the core of the record. Grooves. Brandon’s drum fillers on this song are fucking incredible. Actually the drums are the shit in general. It reminds me of an OutKast song (which is probably why I love it so much). Ben’s guitar part in the “chorus” is amazing to me as well. It makes me want to put on a swimsuit. — MP

I think it was Scotty who had us listening to Mystikal or something, that it got us thinking all these odd pieces of songs we had. They odd pieces seemed to meshed so well together, so we threw things at a wall and this is what stuck together. Another weird practice experiment that actually stuck around. Totally dig it! — BM

“Madonna”:
Insanity. So hard trying to time coming into the verses with Brandon. You can hear it on the recording as well. That’s the beauty of this one. The anxiety that builds and releases!! — MP

I’m pretty sure we wrote this in a single practice (which is rare for us — we pick at song a lot). The idea was to definitely to keep this song tense and running. — BM

“Montana”:
In all honesty, Montana is one of my favorite states in the country. That’s all I have to say on this track 🙂 — MP

Marc and I wrote this song together in my basement way over 10 years ago, before Bars of Gold was even an idea. It was nice, Marc would come over and we’d just play, with really no goal other than just playing. This song was a product of that free jamming. It was such a solid gem that we’ve kicked around doing something with for awhile. Sometimes songs need to stew for a bit. — BM 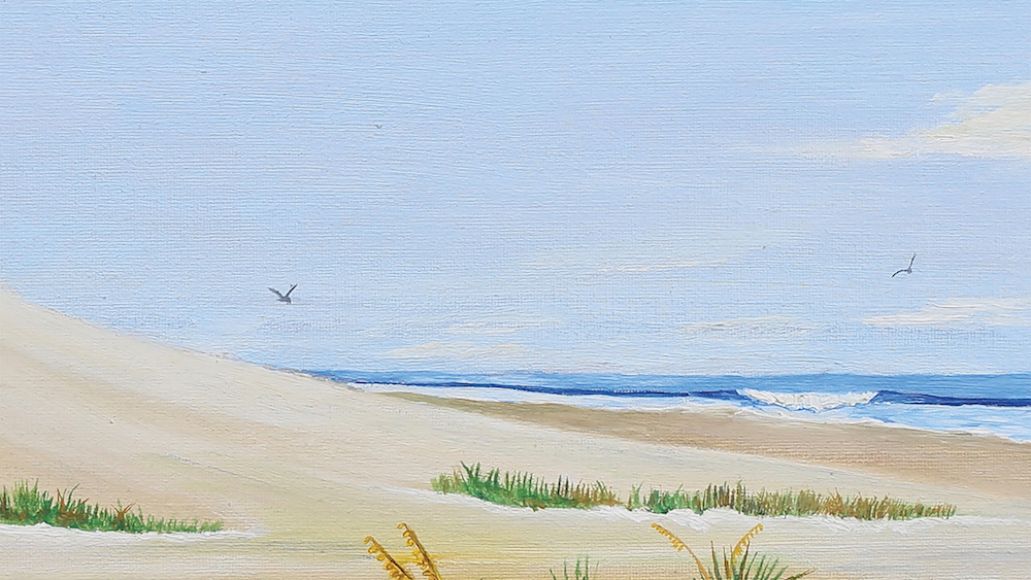 “Plywood to Pine”:
If you can imagine building a house and having that house take ten years to build, that’s this song. The additions of the horns and finally putting structure on it was the key. Koltay really helped on this one. The lyrics are about doing manual labor. Actually a lot of the lyrics on this record focus on labor or the act of working. I tend to sing about that a lot. — MP

This song was originally an old Wildcatting song that was apparently too fast, spastic and too crazy, even for us. I don’t think it originally had lyrics and then when Marc added his, it upped the ante on how wild it was. It was a bit too much, so we had to let this one simmer for a little bit. Koltay helped us give it more of a groove, which is what we were looking for. Plus, it finally gave us an in on getting that MC5 Starship/Sun Ra ending that we’ve aiming to do for awhile. — BM

“G”:
We all love the Talking Heads ( well, everyone in Bars of Gold). This is a song about becoming a father. — MP

This was the first song we accidentally wrote for this record. We stopped playing together for a little bit in the middle of 2014/2015. Life just continues on, and it can be difficult to restart old things unless you have a solid reason. Koltay asked us to play his wedding, which got us playing together again (also, we learned some pretty solid covers :)). After his wedding, we felt like it’d be silly to not continue on and write another record. We wrote this song around that time, so to me, this song is about a new beginning, which makes it a perfect song to end the record. — BM

Bars of Gold break down their new album, SHELTERS, Track by Track: Stream