Eagles of Death Metal frontman Jesse Hughes has announced a new solo covers album under his alter ego Boots Electric. Titled Eagles Of Death Metal Presents Boots Electric Performing The Best Songs We Never Wrote, it sees Hughes take on classics from across all genres, including heavy metal, punk, country, and even R&B.

Specifically, Hughes tackles songs by David Bowie, KISS, Guns N’ Roses, AC/DC, The Ramones, George Michael, and Cat Stevens, among others. He also puts his own spin on tracks from Queens of the Stone Age, which features EODM bandmate Josh Homme, and The Distillers, the punk outfit fronted by Homme’s wife Brody Dalle.

According to a press statement, Hughes recorded and produced all 13 tracks. All but one song was recorded in California’s Brunswick House of Dangerous Thoughts, Valentine Studios, and Rancho De La Luna. The effort was mixed and co-produced by Nic Jodoin (The Coathangers, Allah-Las).

As a first look, Hughes has revealed his take on “Family Affair”, the 2001 hit from R&B veteran Mary J. Blige. Take a listen below.

Eagles Of Death Metal Presents Boots Electric Performing The Best Songs We Never Wrote is due out June 7th. Pre-orders are ongoing. 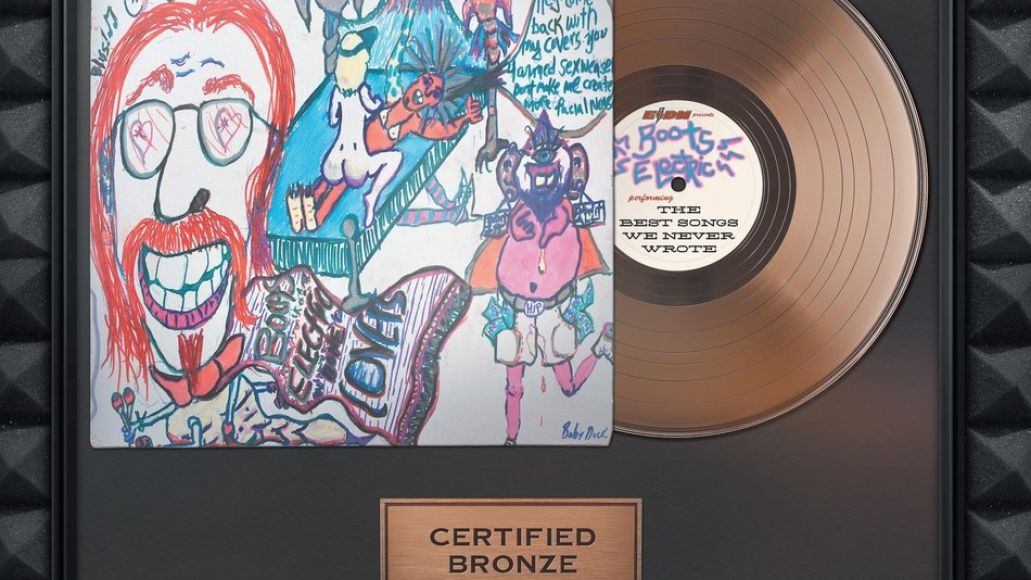 A limited-edition abridged version of this covers album was released by the band last year under the name The Eagles of Death Metal Presents Pigeons of Shit Metal. The humorous title dates back to a 2006 insult from Guns N’ Roses, who EODM were supporting on tour at the time:

The infamous incident took place in November 2006 in Cleveland, where as the story goes, EoDM were getting booed and stormed off the stage without properly completing their set. Axl [Rose] apparently wasn’t thrilled with the band’s reaction, telling the audience when GN’R hit the stage, “So how’d you like the Pigeons of Shit Metal? Don’t worry, that’s the last show they’re playing with us.” And true to his word, EoDM were fired from the tour.

“Every year … I have sent him a very sincere request – around Christmas time – inviting him to come in the studio and record two Christmas songs, and be released as the Pigeons of Shit Metal,” Hughes later said of his efforts to make amends with Rose. “And I always close it with a very judgmental, ‘Because I want you to know, Axl, I’m willing to forgive you, and I feel like the rest of the world is too.’ So I think that final statement he probably doesn’t appreciate too much.”

EODM’s last full-length was Zipper Down from 2015. Find other EODM releases on vinyl here.