The final lineup for Electric Funeral Fest IV has been announced, with Torche, Thou, Dead Meadow, Tombs, Acid Witch, and more set to invade Denver, Colorado’s annual gathering of doom and sludge on June 14th and June 15th.

Returning for its fourth year after last year’s iteration sold out, the festival brings together a number of the heaviest underground bands and is notable for its homespun DIY charm. It takes place on South Broadway among three different local venues — 3 Kings Tavern, Hi Dive, and Mutiny Information Café — with the fans moving between venues and bars all weekend at their leisure. From its modest origins as Denver Electric Funeral in 2016, which was at a single venue, it has grown ever so slightly each year to include higher profile acts.

Other notable acts on the bill this year include Royal Thunder, The Munsens, Greenbeard, and Call of the Void, among many more. With promoters Dust Presents based in Denver, the festival is a crossroads for heavy bands all over the country, connecting all regions with it centralized location. The full lineup can be seen in the poster below.

The festival has helped expose underground metal bands, with acts like Mothership, The Well, Primitive Man appearing on previous lineups.

“The fourth installment of Electric Funeral Fest will be even more monumental than last year’s sold out event,” the promoters commented in a press release. “We value the intimacy of our hallmark festival, as it is held in mainstay, independent Denver rock clubs with very limited capacities. With a lineup that continues to diversify and grow in strength, Electric Funeral Fest will once again set South Broadway ablaze with good music and even better times. Join us…for one of the most exclusive boutique heavy music festivals in the world.” 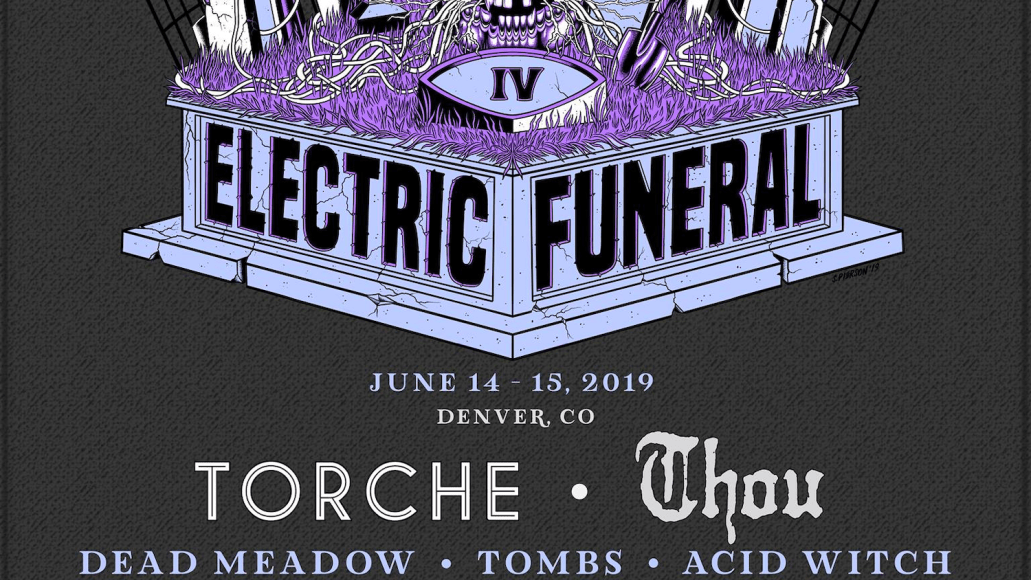